The Allure of the Holeshot

Most successful bike racers learn fairly quickly that winning at the beginning of the race does not really mean much. Everyone knows the last lap matters the most and that everything before that is simply your way to get to the finish line.

Sometimes though- there is something greater. Something that goes against every "smart" tactic in your brain and inspires you to potentially risk catastrophe just to check off a simple goal. A simple heroic task that stamps your authority on the race regardless of your finishing position. Sure, winning the first 1/4 lap means nothing in terms of the bike race, but there is nothing more beautiful than getting the holeshot. Well, except winning. Moving on.

Some people just don't get it. They don't see what drives someone to potentially ruin their whole race just to get to the first corner first. To those people I ask "have you ever felt glory?" If your answer is yes, then I am led to assume that you too have holeshotted in such glorious fashion that you end the race in 28th place, having spent a mere 14 seconds at the front of the field. But YOU WERE THERE. This method is for the dreamers. For those who pedal so hard in the first 30 seconds of the race that they need to stop for refreshments in order to survive the next 59.5 minutes. This is for those who pedal so hard that they get passed by the entire field over the course of one lap.

The holeshot (being the first person to the first corner) is an art form. Believe it.

This is literally the only thing on my cyclocross palmares.

In honor of this great and monumental accomplishment I'd like to take the time to evaluate my .....

Top 3 holeshots of all time in my cyclocross career simply based on clipping in fast then pedaling hard on pavement and sometimes through bumpy grass.
By: Ian Crane

USGP Portland. Single Speed Category. 5th row call-up. Sometimes a holeshot is simply because, but other times it is absolutely necessary for success in the race. Racing a muddy single speed race in Portland is the definition of necessary. The range of abilities is large, and the chances are very high that there will be a crash in the start as soon as 150 half-costumed half-serious half-drunk racers hit the mud.

In my third favorite holeshot of all time, I pedaled at roughly 189 RPM for the entire ~250 meters of cement, swerving like I was trying to escape police on the autobahn and made my way to the first corner first. Glory. Success. Then, by avoiding all the carnage behind me, I was able to make my way to the second corner with a gap. Then promptly crashed and ended up back in 15th or so place.

Starcrossed. Cat 4's. Starcrossed used to be start order based on order of registration. Get there at three AM, camp out, harass Johnny Sundt, register early. Boom, front row starting spot. Even as a young buck I understood the value of the holeshot. Here's why this holeshot ranks at number two on Vh1's top holeshots of the 00's list: 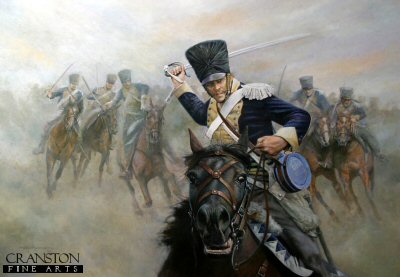 That picture is from the Seattle Times, folks. Seriously though, I holeshotted the cat 4s and the picture chosen for the "check out this crazy sport" article was the picture of me stamping my temporary authority on the guy with tennis shoes on a mountain bike. FULL PAGE COLOR PHOTO. Did the guy who won get a full page color photo? Definitely not. Word.

The moment you've all been waiting for. Numero 1.

I'd like to take you back in time to a year called 2006. Many things happened in this year: Twitter was launched, North Korea started testing nuclear bombs (prophetic to my starting style), it was designated National Asperger's year, and I traveled the country racing Elite Junior cyclocross races.

Turns out I wasn't physically ready for these races. I was pretty irrelevant to the race and spent the 45 minutes riding as hard as I could in the back quarter of the field. This specific moment happened in Longmont, Colorado. Steve, Sean and myself all had quite terrible showings on day one- Sean and Steve had mechanical problems and I was racing like I hadn't been training hard enough. Truthfully, it was an embarrassing showing for our team. I knew that Sean and Steve could turn it around the next day (I think they both were in the top 5 on day 2?) but I knew that I in no way could contribute to restoring our team's dignity on the last lap.

But I happened to be a first 1/4 lap expert.

I made it my goal to get the holeshot on day two. This was my way of showing off our team in a positive way. This was a goal I knew was achievable. Ignore me shooting for the podium or even a top ten- those weren't possible. But me winning the start? That was something I could do.

I slayed the start, slayed the first corner, and bombed down the section paralleling the start-finish line: the best junior cyclocross racers in the country spread out in a line behind me; the announcer screaming my name, and more importantly, my team name. Then I went into a 5 mph corner at 20 mph, crashed and as I hit the ground a relatively unknown Boulder local named Taylor Phinney ran into me and flipped over his bars. Unluckily for him, this was pretty much the end of his cycling career. I got up, attacked him, and rode the rest of the race with a magnificent sense of accomplishment.

I may have been a terrible elite level cyclocross racer, but there is no glory like winning the start.

My favorite non-me holeshot of all time!

Chris Johns. Some of you may know him, some of you may not. Chris was a friend of Rad Racing and came to the Sea Otter Classic with us to do some... mountain bike racing? Chris knew his chances in the 2+ hour mountain bike race were slim. But Chris also knew that the 2+k on pavement at the beginning of the race was a place to shine. He fought for the front row, and took off on the gun like it was the start of a 40 minute cyclocross race.

Never have you seen a gap grow that quickly as when a man attacks a field from the start of a long beginners mountain bike race.

I really do prefer winning.
Tweet
Posted by Ian Crane at 12:28 PM