Hey all, I wanted to send a little positive bird flying from my direction towards your windowsills. I think metaphors can be hilarious, case in point that one right before this sentence! 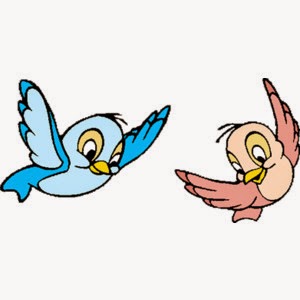 Let's see.. halloween happened, and Marissa and I attended a costume party at a friend's house. I tweeted around halloween-time: "When wearing a neck brace you can call anything a Halloween costume. Easiest holiday ever!" I was NOT joking! You see, neck braces make it so pretty much anything you choose to dress up as has a little flair of inaccuracy. Want to be Robin Hood? Maybe the prince of thieves with a sore neck! A banana costume? Sure, if your banana happened to have a sleeve guarding it from bruises! What I've decided is you pretty much can wear anything you want and the neck brace fits into the costume. Seriously, Google search "costume ideas with neck brace" and there aren't very many options. So when Marissa was loaned a 1950's era dress and makeup, I had to fit with that because nothing is more adorable than couple costumes. Except maybe puppies. So I decided that I'd be rocking blue jeans, white shirt and older shoes. Oh right, and a neck brace. That made me... James Dean POST fatal car crash. Boom! Then I consulted this chart from GQ magazine to determine if that could be seen as a "too soon" type costume: 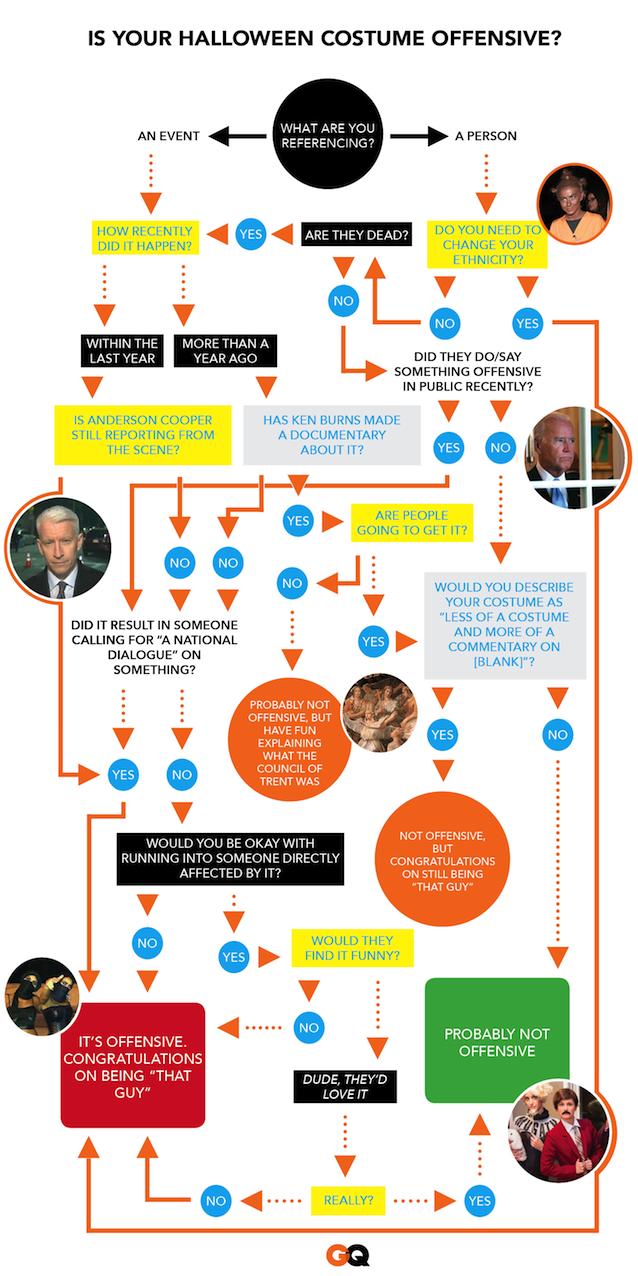 If anyone's offended, I was dressed as James Dean but recently hurt my neck so I have to wear the brace. 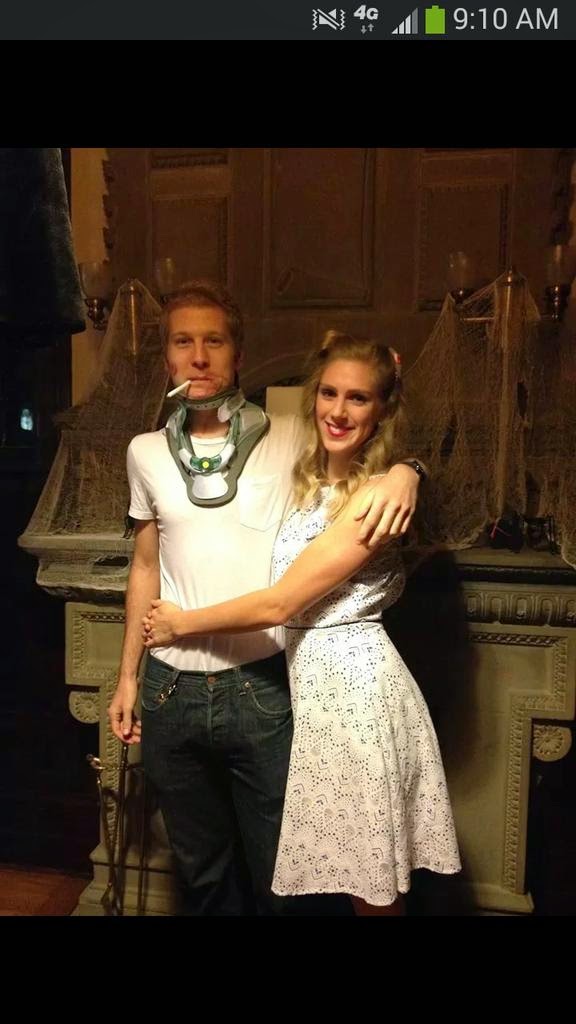 Right, so if I'm dressing up in costume (jeans and a tshirt) things have to be going well, right? Things are going great! Here's an update for y'all:

Recovery is a slow process, and gone are the daily incredible changes. That's a great thing because I have been feeling normal for quite awhile and that's been awesome. I had a long stretch of head injury related issues, but I've progressed away from those and am able to thrive back at my own home without a need for supervision. I get excited about doing little things now, like going to the grocery store or cooking dinner! The neck brace is still around, but the great news is that yesterday I got the all clear to start weening off of it. That means when I'm at home I don't need to wear it, but any time I'm out and about I need to have it on. As of now the weening process is about a week, but could be longer depending on how my neck and head respond. Sleeping is WAY easier without a neck brace on! I'm happy to, in a week or so, be able to start working on PT to get some motion back in my neck. It's amazing how much functionality you lose while stagnant for so long, and the athlete in me is very excited to have the ability to improve upon that. My lips, teeth, and cheeks are still about the same but I graduated from drinking out of a syringe to a straw, and now am trying to learn how to drink without a tool. It's way more enjoyable drinking a coffee from a mug compared to a straw, believe me. I'm doing alright and besides an occasional - ok fairly regular- spill, I am way happier to be drinking more normally. I'm hopeful my lip and teeth fixes will be able to happen soon.

I still have quite some time before I will be cleared by the doctors to ride outdoors again, but nothing is stopping me from riding the trainer. This situation has given me the longest amount of time I've been away from riding in... forever maybe.... and with that comes the sensation of being truly out of shape. Luckily trainer riding doesn't accentuate that sensation. Ha! The good news is I'm working on being positive about this riding outlet so.... while all my competition are coasting and going downhill and stuff, I'm pedaling. Also sweating profusely. 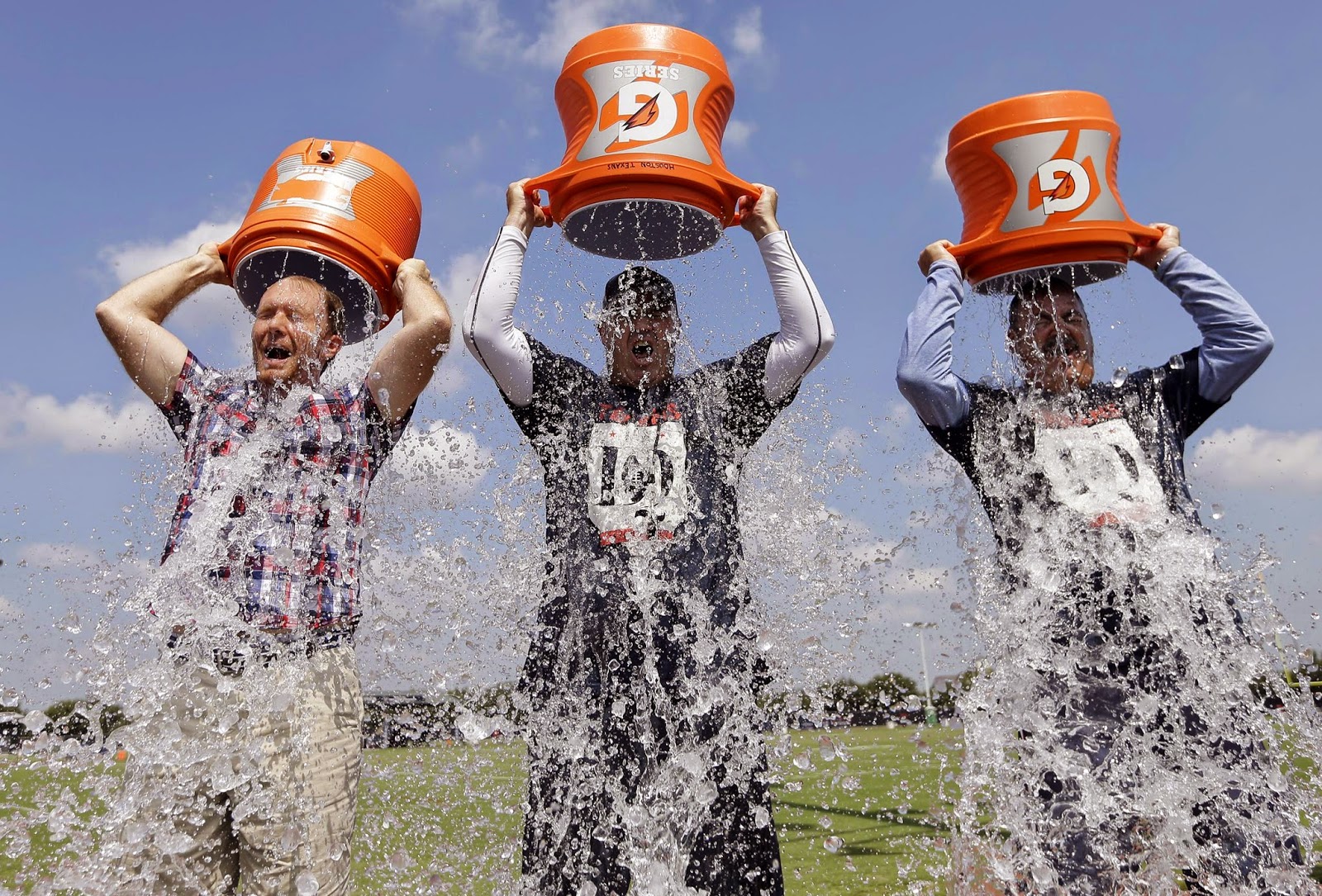 I still can't drive and since I can't ride a bike either, I've learned of another form of transportation. Did you all know that by standing on your legs and moving your feet in a forwards direction, you can WALK for transpo?!?!?! That's right- me, who always avoided walking because of well, bikes- walking for the sake of getting places. Turns out that just riding the trainer isn't enough to tire a guy out (at least with my current training) so I've been going on walks in order to get outside and move a bit more. Does it count as walking for exercise if you also happen to stop for lunch or a coffee in the middle of your walk? shhhhhh

Who knows what's next. Maybe I'll pilot a rocketship because those people don't move their head around much either! 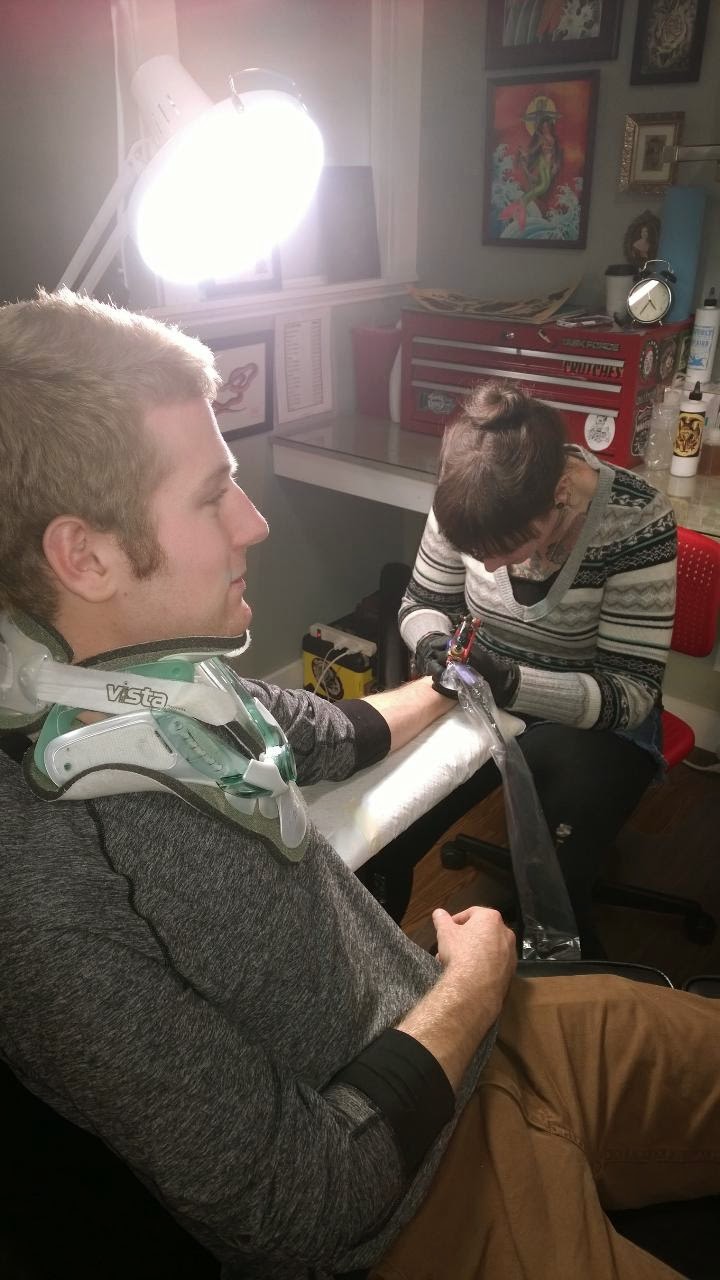 Never thought I'd get a tattoo, but a lot of things happened this year that I never thought would have. There's another!Tweet
Posted by Ian Crane at 11:06 AM