I missed out on a pretty big writing opportunity at the end of my last post. Let's just pretend this is some crazy time warp thing and somehow the tattoo post has been connected and finished here. Deal. The tattoo was a well thought out commitment inspired by a dream, and the better ending to that post is that I am just trying to make my dreams come true. See ya, soapbox.

So there hasn't been too much writing happening for me because there hasn't been too much excitement worthy of sharing. Scratch that, Marissa and I finally, after one year in our place, sorted out bike storage. With some help from my dad and his wizardry we were able to get a space-saving solution figured out that isn't incredibly damaging to our rental walls. Celebrate! 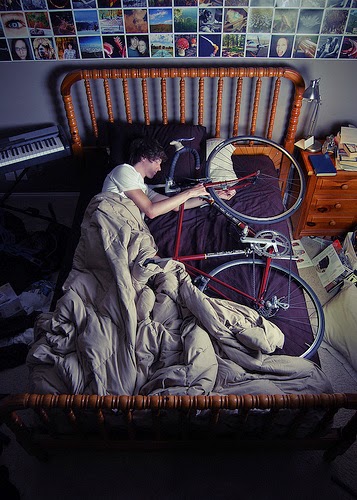 I have this blog for a reason, and I want to take advantage of that. One of my goals this Fall and Winter was to not be overcome by my accident. I wanted to just move on. I didn't want my devastating injuries to be the only thing that I ever was able to talk about. The crash doesn't need to consume me nor the people who follow me, but I have come to grips with the fact that it is indeed life-changing and I need this blog as an outlet. I really value being open and this blog has always stood as a memory bank for my experiences. Regardless of my goal to not be consumed by this new world, this is an experience that I will have as part of my lifetime forever and I want to record it. This is now a part of who I am, and I can accept that.

This post was inspired by some action and direction, which now, almost 5 months in, is something to treasure. Initially healing was a rapid and steep progression, but not long into the process it became a plateau. Gone are the massive daily changes and those are replaced by things less noticeable to the human eye. Until recently that was my world. Then, after 13 weeks, I got to take the neck brace off. That was quite freeing and I've been working diligently to regain strength and range of motion. As range of motion slowly returned to a closer-to-normal zone, I was able to get back in the driver's seat of a car a bit after the four-month window had passed. These two improvements felt like massive leaps, and with the return of some more normalcy came a large morale boost as well.

This Thursday I have another big step, and that is my first surgery as part of recovery. I haven't been able to open my mouth more than ~50%, and because of that haven't been able to get my teeth fixed. This first surgery will start the correction process to help get me back to full ability with my mouth. As soon as the sutures heal, I can head to the dentist. Once I have teeth again, I will be able to eat a burrito! Has any other cyclist ever gone 5 months without a burrito? That's the number one food item on my post-surgery/teeth list. Then maybe an apple without cutting it first. 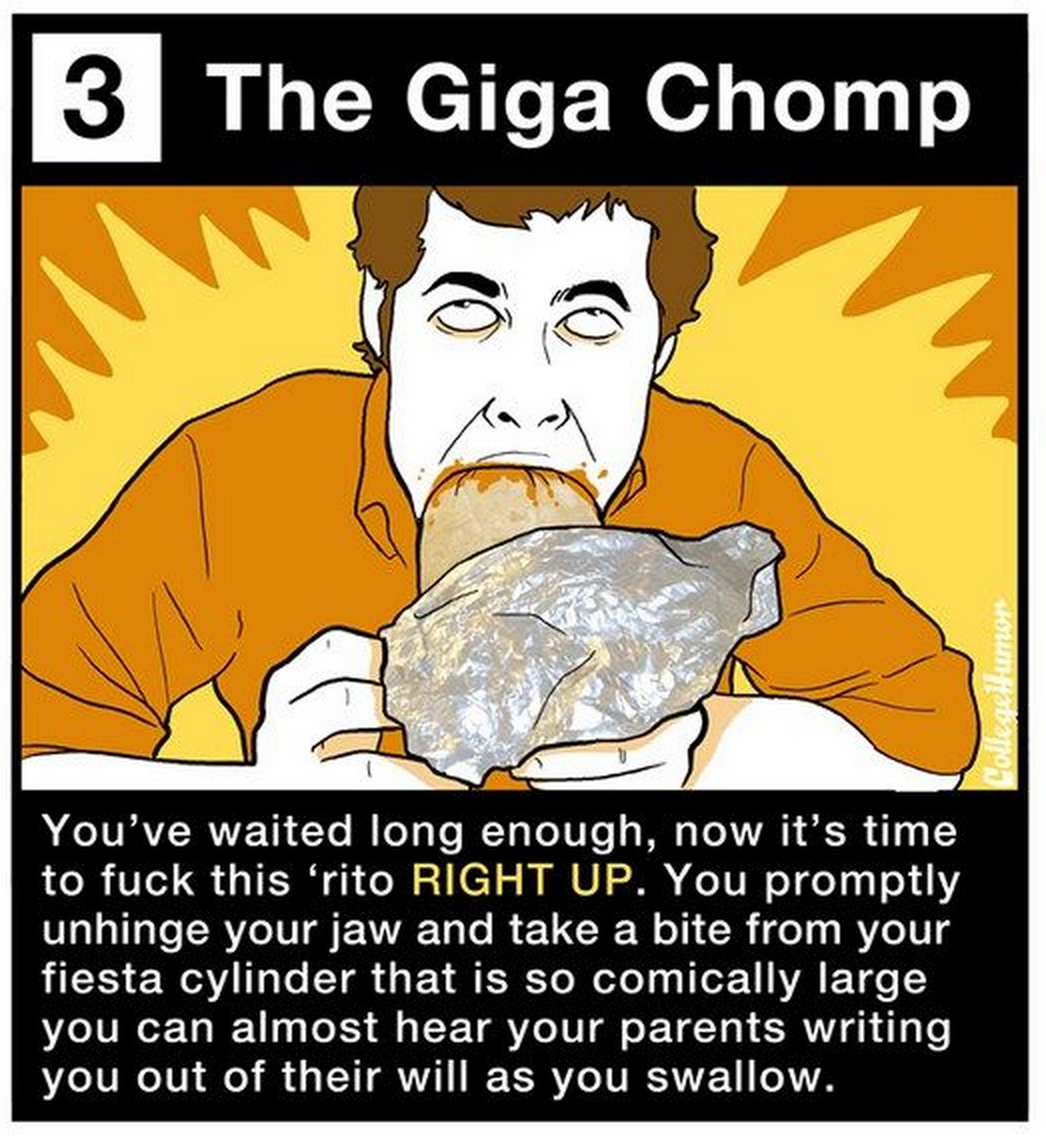 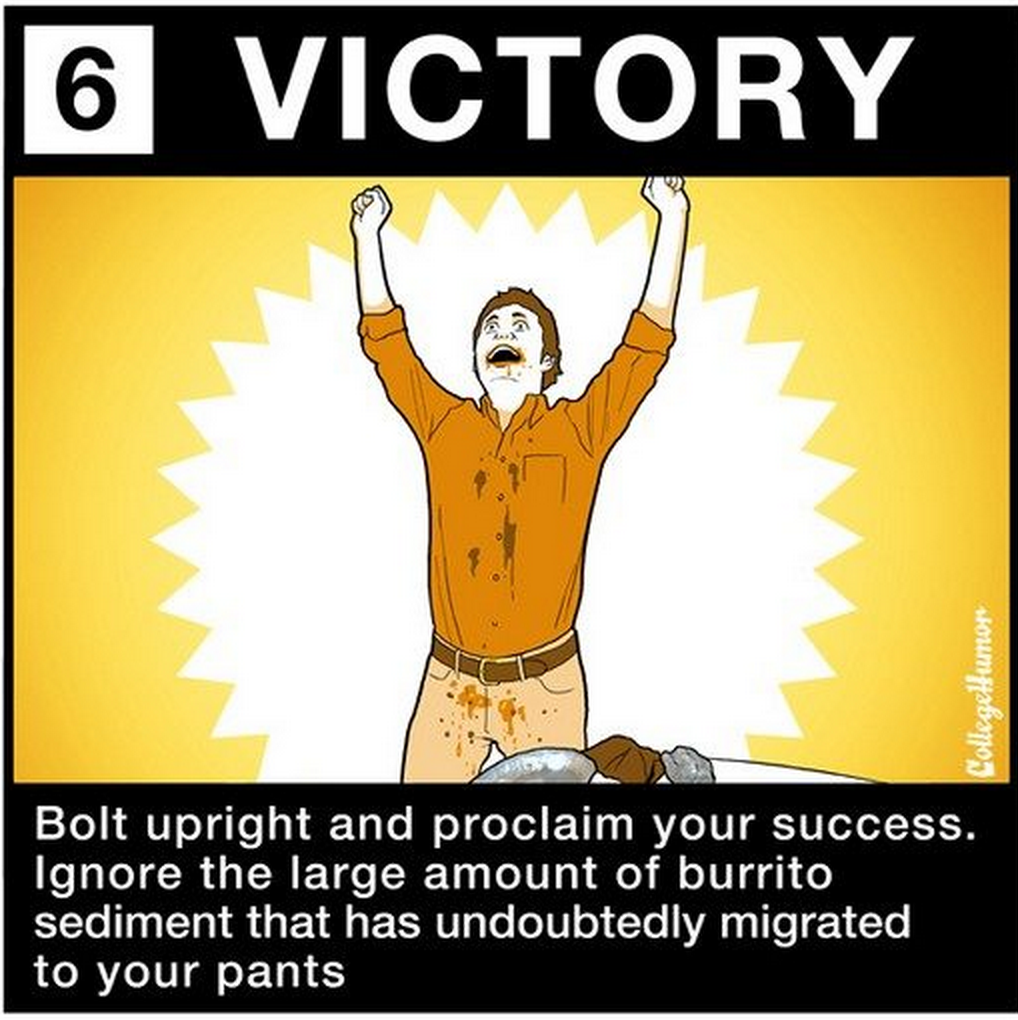 Those are what show up when you search happy burrito or something along those lines on the Google machine. I'm weird for searching that. But SUPER happy to find the "7 stages of eating a burrito" blog post.

Let's talk about bikes now, because bikes are rad and I like them. I'm still awaiting clearance from the Doctor's to determine how my TBI has progressed and when I will be able to ride outdoors again, but for now I still am turning things over every day indoors. Is there a record for consecutive indoor rides? In an entirely unrelated thing, is there a record for pure volume of sweat-loss while riding a bike indoors? Just curious, asking for a friend.

The trainer, although a pretty rude training buddy, has helped me a lot throughout this recovery process. With the aforementioned plateau in healing, seeing even the most minuscule of improvements on my Garmin screen gave me a consistent way to track how my body has been recovering. With the reintroduction of driving into my world, I was able to get myself and my bike to Herriott Sports Performance to try riding on the rollers. After 3 months of stationary riding, it was such bliss to have to balance a bike again. Since that first time, I have ridden the trainer once in the past month- instead always choosing to ride the rollers. It's been a pretty big boost to my mental game to have the rollers as an option now because besides having to balance: time goes by faster ; it just feels like bike riding ; and my power is, an at times shocking to me, 70-120 watts higher.

I'm going to rent a flat bed truck, put the rollers in the back of that, and have someone drive me around so I can "ride outdoors". Or just do this: 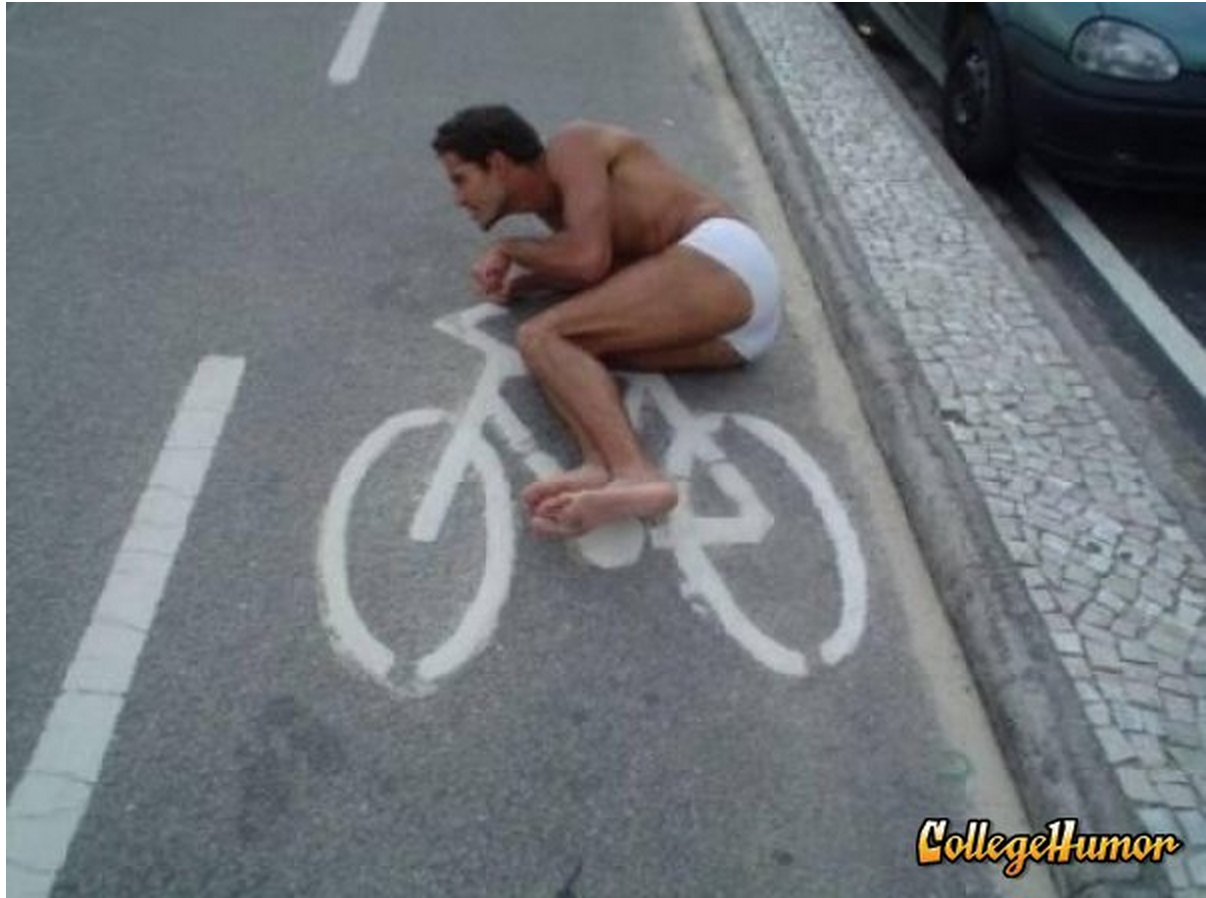 As I'm sure you all know, it's 2015. If you missed out on that I'm glad I could help. Marissa and I went to a friend's house to welcome in the New Year and both stayed up way past our bed times. There was a toast made that really rang true to how I was feeling about saying goodbye to 2014. I don't remember it word for word, but the message was that with the changing of the year, it is a good time to be proud and highlight the good that has happened and to not feel anger towards the bad that happened. It is part of you, but it doesn't define you.

I have a lot to be thankful for. I did successful 20 minute intervals today and now I'm laying on the couch unable to move much further. I love this feeling.