Hi friends! I have something that I need to share with you, that isn't the best nor most exciting news. I want to preface this by saying that what I need to share has an excellent result and is a much needed and lucky sequence of events that has led to me being better than ever.

I don't know how to not be painfully blunt with this, so apologies if it comes across a bit like ripping a bandaid off.

Last Tuesday, April 7th, I had brain surgery to remove a large cyst directly in the middle of my brain. I have been recovering very well and am ahead of schedule on all fronts. I spent several nights in the Neuro ICU at Virginia Mason hospital in Seattle and have been recovering at my mom's house since Friday.

When I crashed in Colorado, the Neurologists noticed a small cyst. This was deemed unimportant as there were much more immediately relevant things to focus on at the time. Six months later I had a follow up MRI to determine how my injuries were healed. The good part is that the injuries had progressed well (bike riding, yay!), but the bad news was that the cyst had multiplied 14 times in size. The neuro surgeon who cleared me to ride bikes also gave me the surgery news in that same appointment. Talk about anti-climactic! He was shocked that given the size of the cyst I wasn't experiencing any, truthfully terrifying, neurological effects.

The cyst needed to be removed, and needed to come out stat. The neuroligical effects ranged from random lightning-like headaches, to optical issues, and at the darkest level, seizures. To be able to make the decision to have the surgery before these started happening gave me an incredible sense of relief. 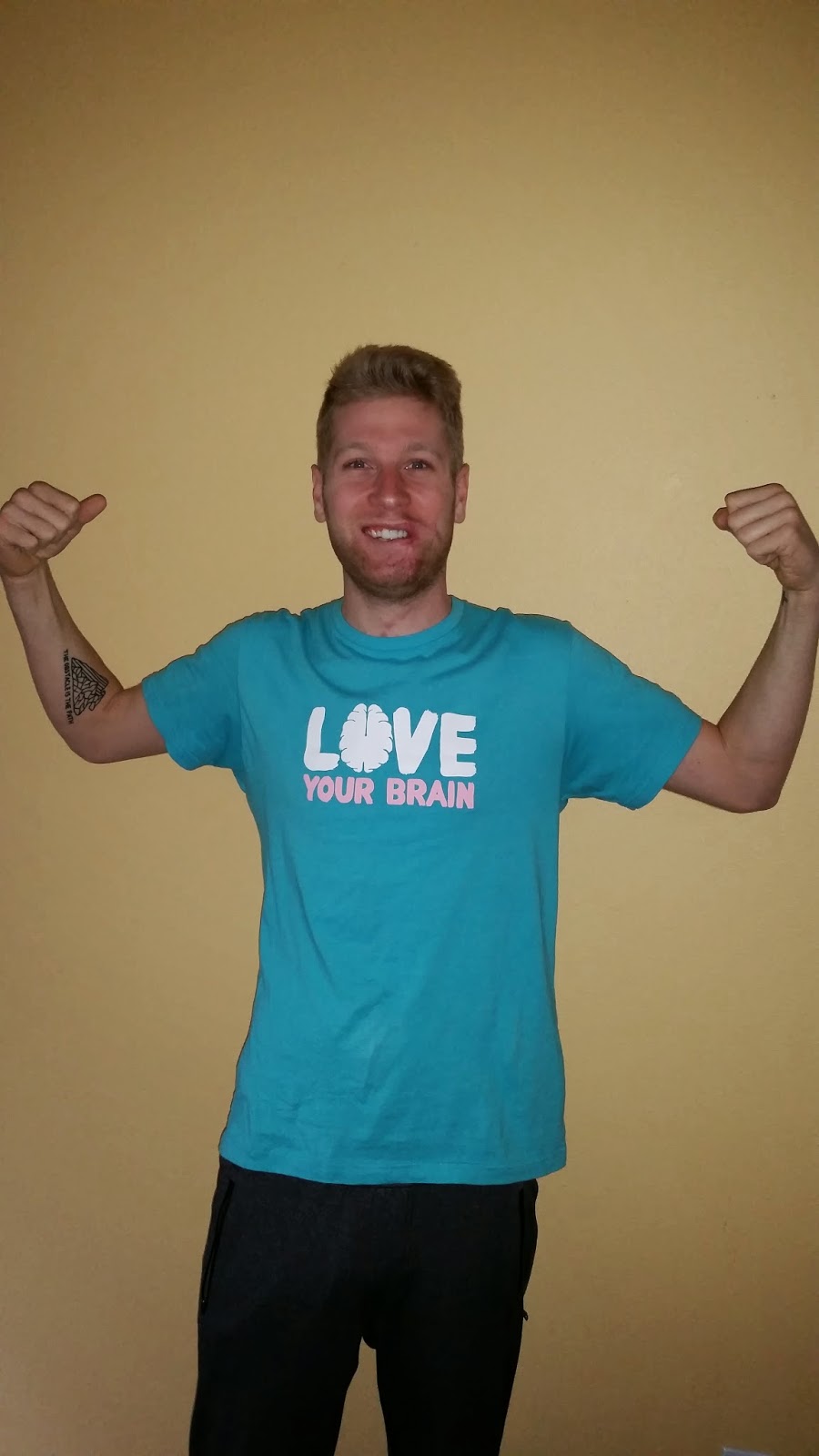 The words "brain surgery" are terrifying to me, but I also felt an ironic sense of luck. I knew it would be another step in my journey, but one that I absolutely needed to take. Due to the length of the surgery, my surgeon needed about three weeks to get me on the schedule. Initially, I was disappointed at this news. I wanted to do the surgery STAT so that I could start the recovery process and be back on my way. However, with the addition of bike riding, beautiful weather, and time with friends, I had a very wonderful month of March. I felt like I went into this surgery with an incredible mental state and my batteries recharged.

In Colorado in August I had my head partially shaven while I was in a coma to be able to monitor my brain activities. When I was back to being more me, I wasn't stoked with my large bald spot because I like to make sure that my hair game is always on point. I knew that for this surgery they'd have to shave a large stripe down my head, and I wasn't too excited on that part. BUT, I knew that I had the opportunity to prepare. So I went and visited my barber, Spin, and let him work his magic. The dude's a legend! There's still a small stripe, but it's nothing compared to what it could've been. 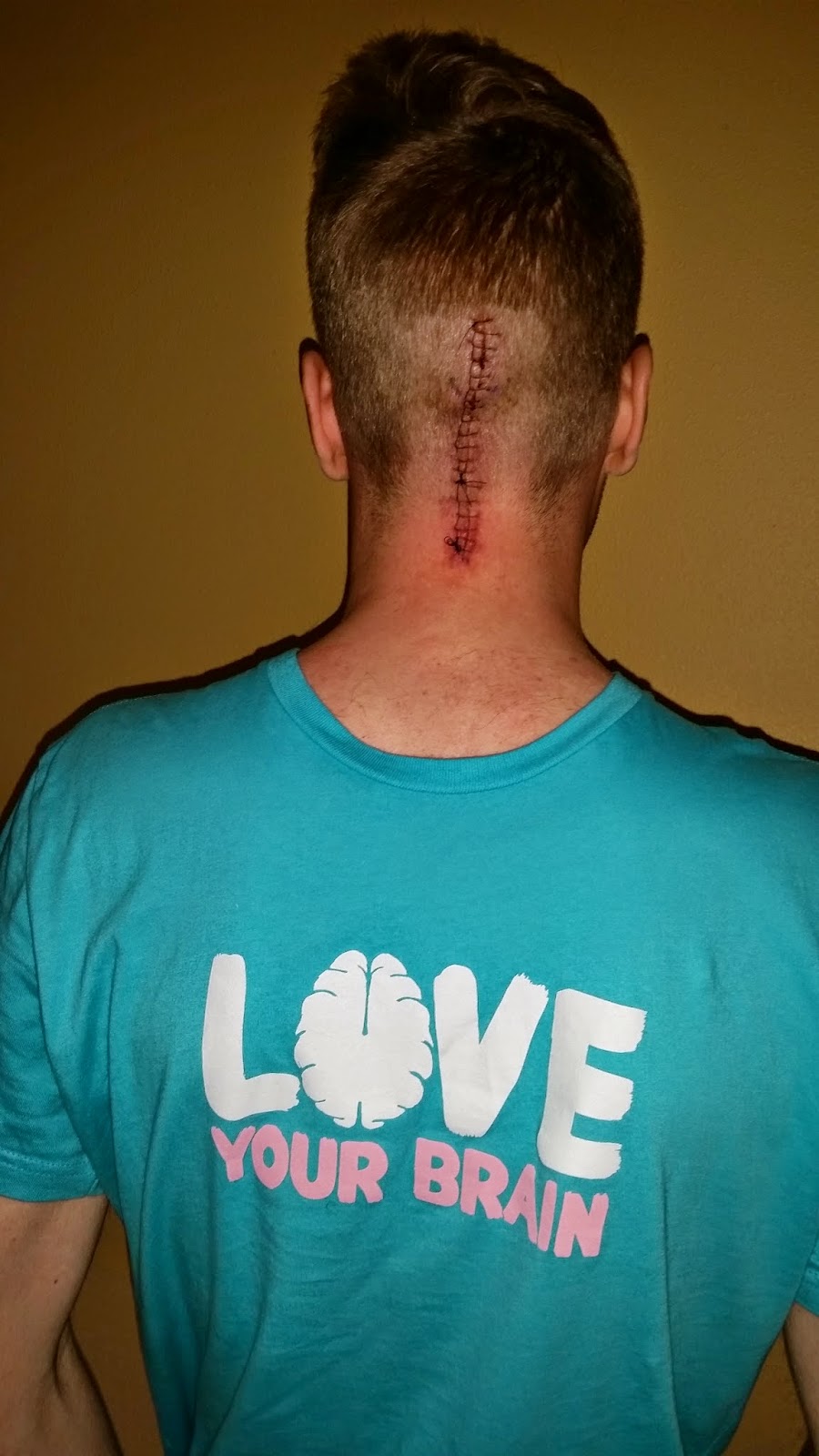 On April 7th I checked in to Virginia Mason and had a ~5 hour surgery. One thing that greatly improved my perception of this brain surgery were the methods that they would be performing the surgery by. The cyst was directly in the center, and the plan was to go in and drain that bugger. My biggest concern with brain surgery was muckin' around in any brain matter. You hear stories of people who have their brains cut into, and can't smile anymore or other things like that. With my surgery there is a path of fluid that leads directly the gland that the cyst was on. When the skull is opened, the cerebellum sags, therefore opening the channel even more. They can go entirely through the channel to get to the cyst, and there are no known side effects. This eased the greatest of my concerns. 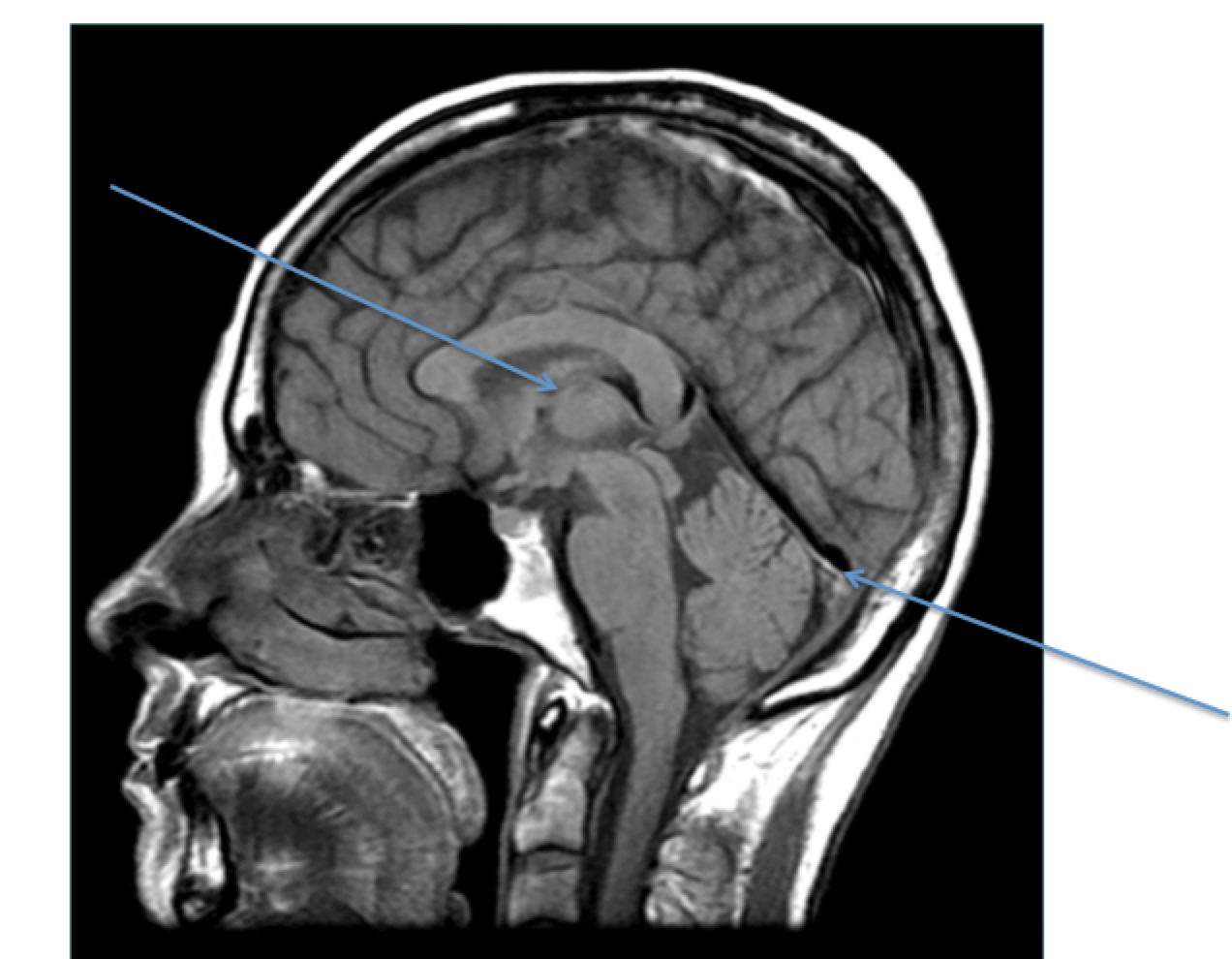 Yesterday I was able to take my first shower, which was a big ol' delight. Before the showers, this is how I had to wash my hair! Thanks mom!

Speaking of hair, they deemed me A)incredibly jacked, super muscular, full of muscle man in my neck, which is hilarious. And B) Incredibly hairy. SO, they shaved the wrong arm. Word. The arm they shaved ended up only having one IV and a small amount of tape, while the other, non-shaven arm had three IVs and endless tape, prime for waxing. Here's how they shaved it!:

I've known about this surgery for a couple weeks, but have been really hesitant about telling people beforehand. I don't like making things about me, and everyone I told in March was definitely mentally effected by the news. So please, if you feel as if you are a good enough friend to me that I should've told you, don't be mad. I really wanted to! I was really struggling with how to share this news in a positive manner. I wanted to share it broadly after I was well on my way through recovery, which here I am! I ate breakfast, showered, slept, and just was being awesome all day yesterday and today. Know that there are many people I wish I could've told but couldn't find a way to tell it in a way that was fair for both of us.

I'd also like to thank my team for being so understanding of my ongoing journey. I was so grateful to be able to spend last week in California with the team (more on that later!) and have continued support from the Jamis HB family. There are actually dozens of people I'd like to thank, but for now I'll make sure and thank them in person.

Thank you all, too! Sorry for this news but please believe me when I say this surgery, although terrifying (for me!), really was a great thing. I am so happy to be back on the recovery trail. The brain is an absolutely amazing thing. Love it.