The theme of my week has been liquid. Of course I mean that because I have ridden indoors without the fan that Steve has been hoarding in his room while I go through two bottles and two towels in a one hour roller workout and still leave a sweat puddle the size of Papua New Guinea (also, for you haters who are thinking in your mind "uhhh Ian, Papua New Guinea is actually quite a small country, so therefore you probably didn't sweat that much if you're comparing it to a mini-country", you're wrong and stop your playa-hating because it's still a country which is a large land mass that is home to over six million people. Which means it's a HUGE puddle on the floor of the garage).

So when the snow made a mess of Bellingham I dealt with it. But I'm no hero because lots of people rode inside all day this week OH and also congrats on posting it to your facebook that you rode X-amount of hours on the trainer, twice.

MOVING ON. I rode outside today! And I am going to talk about that. After 24 straight hours of torrential, down-pouring, sky emptying drizzle (kidding it wasn't a drizzle, it was raining quite hard) Lil'Steve and I went out on a bike pedal adventure. Most of the snow had melted away but there was still some sketchy sections where the snow hadn't quite melted yet and there was icy-slush (not liquid form, that's why it's not blue) residue in random spots on the pavements. Steve went a little bit faster than me in those sections because he was riding a cross bike with narrow road tires which are designed for slicing through the ice getting him down to the pavement underneath the ice whereas my wider tires kept me above the surface and made me slip and almost fall three times. But I didn't! Hooray for that. Also, Steve's center of gravity is quite low.

The best part of the ride was how delicious the water in the bottles tasted. Just pure wonder inside of the bottles. The air temperature was of proper levels and the bicycle-pedaling exertion was at the right balance that the drinking while riding was pure pleasure. I know you've experienced those days- the ones where the water tastes SOOO GOOD that there must be something in it that makes it taste better than normal. Delicious. Delicacy. Dreamy.

I could continue with liquid stories but I'll stop there. I now leave you with a text message thread between myself and my sister. She just got back from racing track bikes at the Beijing World Cup and I think she picked up some humor during the long plane ride. Or at least planned for this moment that I properly countered.

T: what did the ocean say to the other ocean?
I: nothing, it just waved
T: are you shore you got that?
I: stop being so shellfish, your jokes krill me!
T: haha, I sea what you did there. what are you going to watch whale you ride the trainer today?
I: we shell sea. the trainer is a beach but I'll find something to tide me over
T: oooh, you're good. oar are you cheating?
I: I could say the same to your fishy responses!

Also, everyone should follow @telacrane (she's not a liquid but links are blue, so click it. Well technically I guess humans ARE more than 60% water but....) on twitter because when she tweets, she often makes fun of me.

We're normal, I swear it. 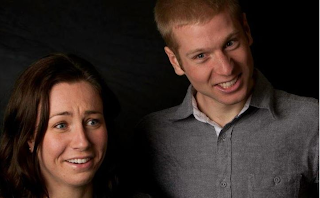 
"Now what we have here is a Capuchin monkey, he makes his home in the rainforest. Now the rainforest is threatened by ....
The rainforest? That sounds WET"
-Brian Fellows, Safari Planet, SNL
Tweet
Posted by Ian Crane at 3:13 PM