I showered and shaved, so I'm finally ready to write a blog about something.

Please do not take that as an explanation of the reasons to why I haven't posted anything here for awhile. I've taken at least three showers since the last time I posted.

I'm not too sure that my logic is correct however, because I don't think that cleanliness and lack-of-facial hair goes hand-in-hand with "internet blogging". Usually I'm led to believe that the opposite of those things tend to mold well with bloggers. To help myself, and you, understand just how accurate (or inaccurate) my initial statement was, I took to the Google machine to learn what an internet blogger looks like.

Here are three from the first page of my search: 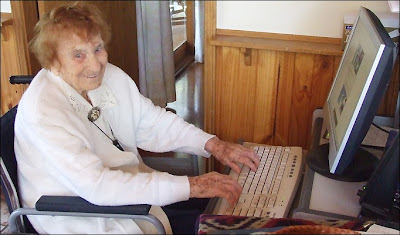 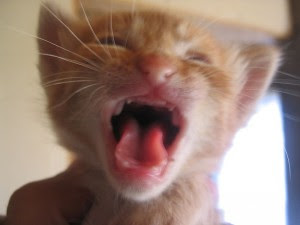 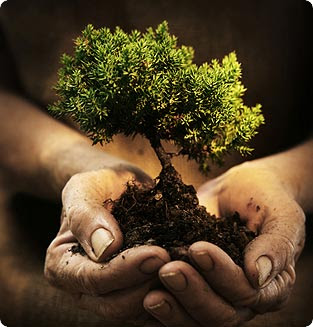 As you can see, we can learn nothing from this study.

Moving on. I flew to Pennsylvania for some bike racing after a terribly boring August with nothing much to do. These races are some of my favorites: the Thompson Bucks County Classic and the Thompson Doylestown Crit.

These are amazing races in every sense. I love good, hard, one-day races. 77 people dropped out of Saturday's road race and at least 50 didn't finish the criterium on Sunday. I love it. Just smackin' your head against a wall repeatedly for several hours.

I prepared for this weekend to the best of my ability. I trained really well, I rested and recovered well, and I slept about 18 hours a night. I also watched the movie Pain and Gain on the airplane, which inspired my power animal for the weekend: 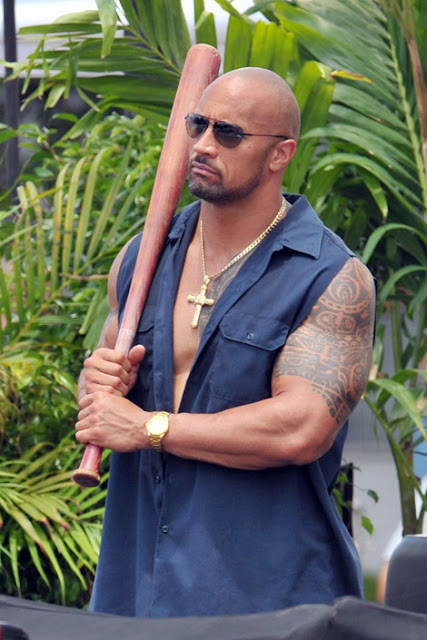 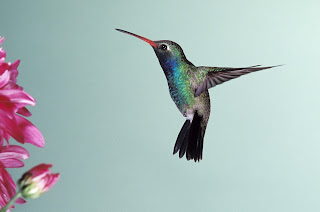 So there ya go.

Saturday was a good pedaling contest. Steve, Jon and Staz got away in the early move at approximately mile .07 of the bike race. This was great, and I set about covering attacks for the next four hours. Steve went hambone up the road, swooping up the Sprint Jersey, Best Young Rider Jersey, and Fourth place on the day. I had a pretty good sprint for fourth out of the remnants of the peleton, finishing in 15th on the day.

As I do more and more bike pedaling contests, I learn a bit more about the types of races I like and the features of races that excite me most. The Thompson Bucks County Classic has lots of those features, and my favorite is definitely the finish two kilometers.

I like to sprint, but in a straight, flat-for-miles finish I never fair well. My favorite types of sprints are out of decimated groups and when the finish section is very hard. This race plays in nicely to that category, as there is a sharp pitch with 1.5k to go as well as several corners in the last two k. I started the pitch too far back, missed the separation as the attacks were going, and had to bridge up to the front "split" of ~15 over the top of the hill. I was just latching onto the back at maybe ~800 meters to go, and had just enough time to recover a bit before trying to hit it up the barriers for the line.

I finished the road race and then Alan snapped a photo of me in my purest form: 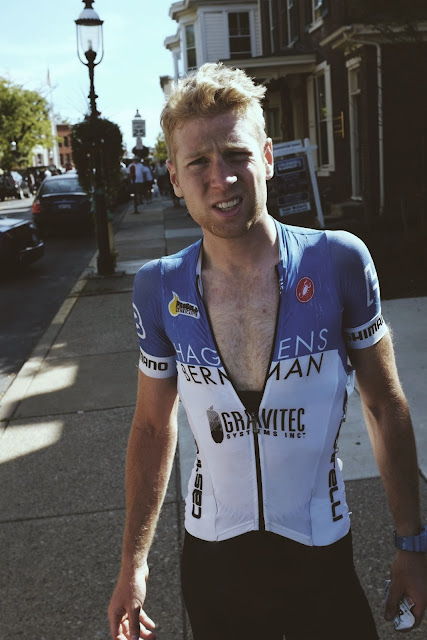 I feasted on raw meat and tiger blood Saturday night, and was ready for Sunday. 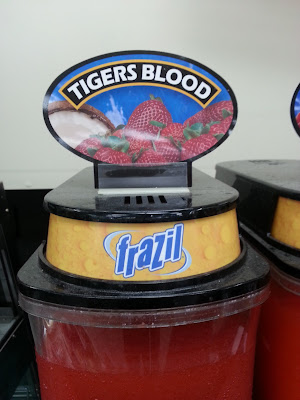 The plan was easy for Sunday's long, two-hour crit. Win.

We didn't accomplish this task, but I think that we rode very well. I spent quite a bit of time off the front in various failed breakaway attempts, Steve sprinted about 1000 times for Sprint Jersey points, and Staz and Jon got mistaken for eachother on several different occasions. Classic. 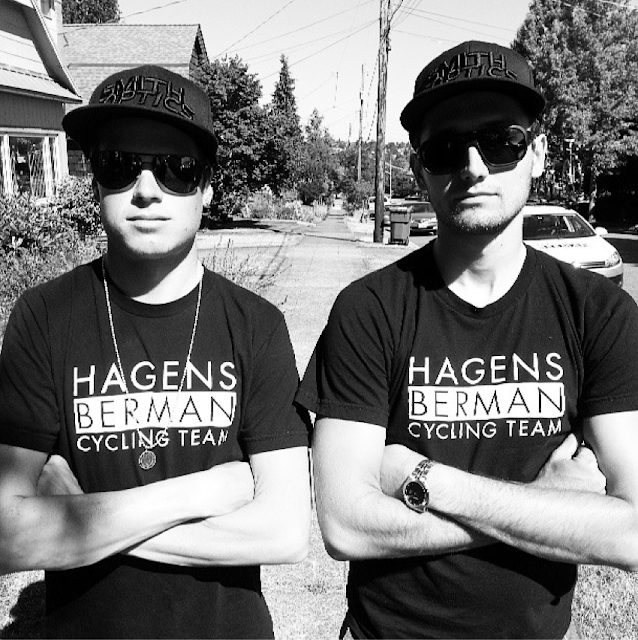 Sprint number one happened and I barely made the front selection of 8 over the top of the finish stretch. Steve had been up the road going for points, and I was following wheels as back-up, getting yelled at violently and angrily by various people who wanted me to chase my own teammate down. I didn't want to though, so I didn't pull. I waited to pull until we had made contact. I thought to myself "Breakaway! Finally". So I pulled for a bit, looked around, and was alone. Then I spent 10ish minutes riding alone, desperately hoping someone would bridge up to me, do all the work, and then be so tired that they got dropped on the last lap letting me win easily. That seemed like a good plan.

Then an angel came. Kennett Peterson bridged up to me with one other, and I was sure that I was about to get a free ride on Helios' chariot. You see, Kennett was wearing Hagens Berman socks, 2009 edition. I figured that this meant that he was sacrificing his race for my chances. 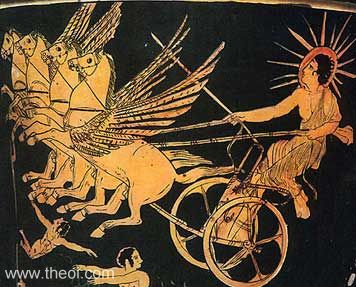 Well, we didn't win. We rolled well for a couple more laps and eventually were brought back to the peleton. In a "of course" sequence of events, the winning breakaway was established very soon after I returned to the field.

Fast forwarding to 2.5 laps to go. There is one Hincapie Devo up the road doing his I'm going to win thing. I followed Ty Magner (U23 Crit champ, Hincapie rider) through the field to where he stalled with several teammates at the front of the race, creating a bit of a speed block for their rider up the road. I attacked instantly, as hard as I could.

I was hoping that the Hincapie guys would stall as long as possible in order not to chase their own rider down. I wanted to use any potential hesitation to my advantage, so I put my head down and went as hard as I could. I cornered fast, pedaling through every corner. I clipped my pedal twice in the last two laps. I put everything into every pedal stroke, hoping to stretch out a maximum advantage that would get me to the line.

It almost worked, too! With two corners, or maybe 800 meters, to go, I got swallowed up by the peleton. I then almost had to get off and walk up the finish hill. 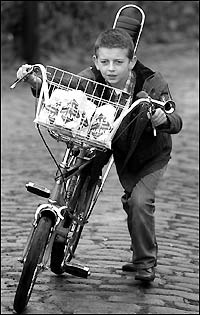 I'm very satisfied with this weekend. I personally didn't come away with any magnificent results, but I had good legs and I'm happy with how I raced. The team had a great weekend highlighted by Steve's results.

Instead of sending my good form to sleep, I'm gonna have some fun over the next couple of days! This includes....