Everyone. I like bikes. Ok, now we're all up to date.

I've been all "shhhh" and "hushhhh" and other ways to use lots of the letter 'h' over the last couple of months as I hint and poke at what goes on inside of my noggin. It's December, next year is soon, and more and more details are becoming undetailed (is that a thing?), so why don't we kick off the unveiling and discuss how funny I think it is that I am getting "Taylor Nation" emails. Ever since I won the award for best choice ever to buy tickets and go to the Taylor Swift concert, I've been getting emails. No one is complaining. 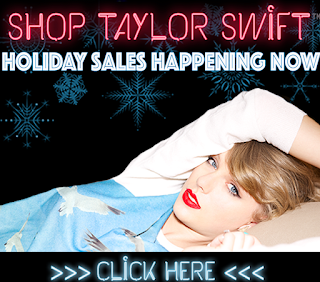 Did anyone try to click that? Oh man it would've been so smart to link that somewhere but I couldn't be bothered.

OK!!!!! I ride my bike every day. Some things are still very, very foreign to me as my head and body are forced into relearning and readapting to my new new. That's fine though as the pure joy of cycling is still completely there. Pretty early on I learned that I felt way safer and more comfortable riding on the dirt, and complete with a new MTB I started to ride more and more trails and quiet roads, with no sensory overload to worry about- instead breathing deeply at the peacefulness of the woods. When riding in the woods, I don't have to worry about a car buzzing me, the feeling of my tires at 20mph, or flatting through a corner at 30. There's a lot to think about on the road, (the dirt too!) and with that my confidence and trust in my abilities is changed. One of the main reasons that road racing is a no-go for me in the 2016 season is that I don't trust myself. The other 150 people + pavement + high speeds is a main factor, but I'm a different bike rider now too.

But I can't go away.

Evidenced by me racing a full cross season this year, riding my bike every day, doing intervals, and having my "I'll NEVER train in the rain again" attitude last for a total of zero rides. Bikes have done too much for me and although I've been forced to reevaluate what they mean, they still have meaning.

I had this crazy idea awhile back to start doing things on a bike that I would have NEVER DONE as a serious road racer. This got started by riding what felt like an entire day on Hwy 20 with my friends Andy and Josh. I learned on that ride that sometimes going fast for 60 minutes isn't the only thing that is important on bikes, and there are many ways to challenge yourself on a bike.

Then I started researching.

I'm super excited to have the High Cascades 100 be a big part of my Endurance MTB season, but you better believe that since I have only ridden a mountain bike two hours at a time, I'll be prepping for the 100 by doing...... 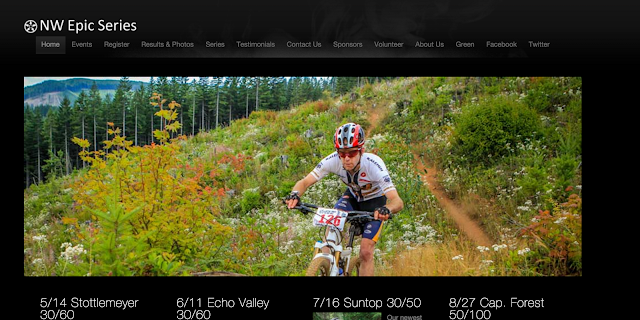 Besides going out and mountain biking many minutes, I also will be experiencing a... different... use of bikes than I am accustomed to. Last September Steve F, Chris W and I went to Winthrop to do a Gran Fondo. There we teamed up with some guys from the Keller Rohrback team and conquered one of the coolest rides that I have ever done.

We were the first group in this "race", but after spending 7 hours riding through wind-torn and fire-burnt terrain, we all crossed the line together, forgoing a grand sprint and instead basking in the glory of the bike and the ride. And then we ate pizza. I need more of that! In 2016, many of my big training rides will be in the form of the Vicious Cycle Gran Fondo series. These give me the opportunity to explore new places, ride fun roads on a well-marked course, and tackle a challenge with friends. 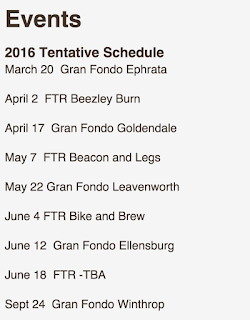 LONG mountain bike races and Gran Fondos. I would have scoffed at the idea of these in 2014, but 2016 is the year of the dirt so scoff away!

I've got some more to talk about involving the aforementioned stuff, but this post is long. I'll keep some undetailing (is that the word that I used earlier?!?) happening over the next couple of days, but for now I'll leave you with a small taster:

Actually, I should have been saying dedetailing instead of undetailing. I regress. 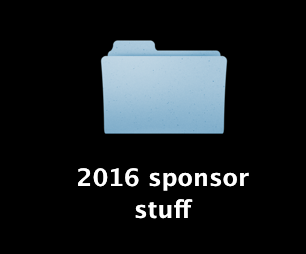