Tour of the Gila in its entirety

Well, I raced at the Tour of Gila.

First, an important distinction. A gila monster is not the crazy huge thing that you see at the zoo. Those are called Komodo dragons.

Thanks to whatever deity you believe in that the final stage is not called the Komodo Dragon stage.

Gila is a five-day monsoon of bike racing in the middle of the dessert. We even race on Sundae! There were no blizzards, but certainly a few cones thrown in there. It’s funny because dessert is not a desert. But Silver City is. 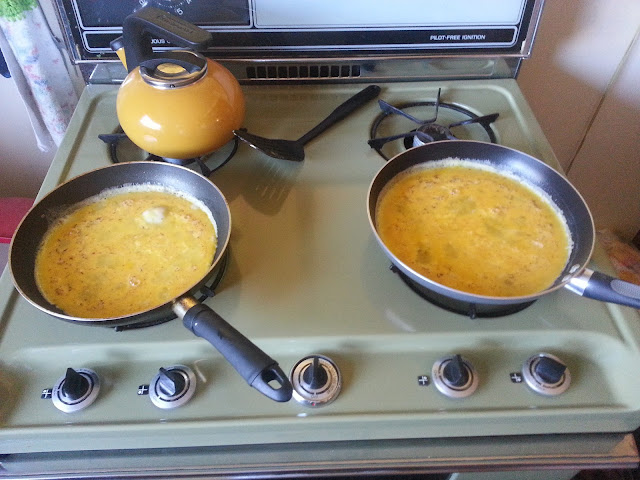 Alan Schmitz rode as hard as he could three days in a row.

Doug Sumi got us hooked on dominoes. 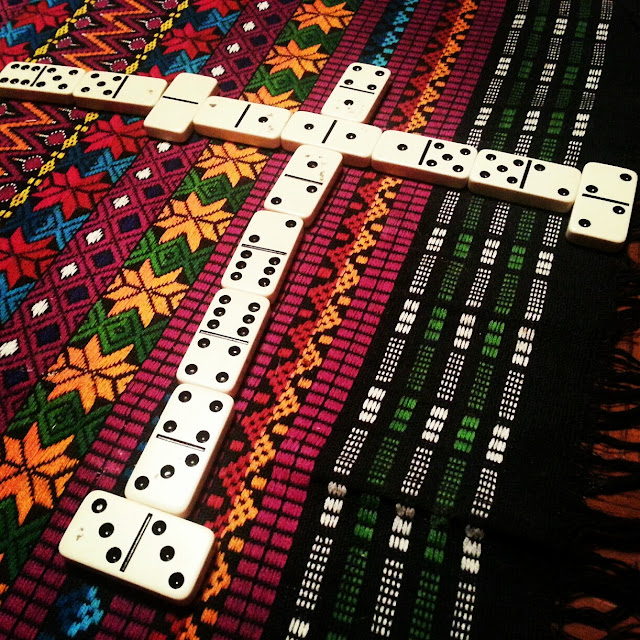 In El Paso I had four burritos for dinner. I watched the lady make the tortillas so I had to get another. Three times. 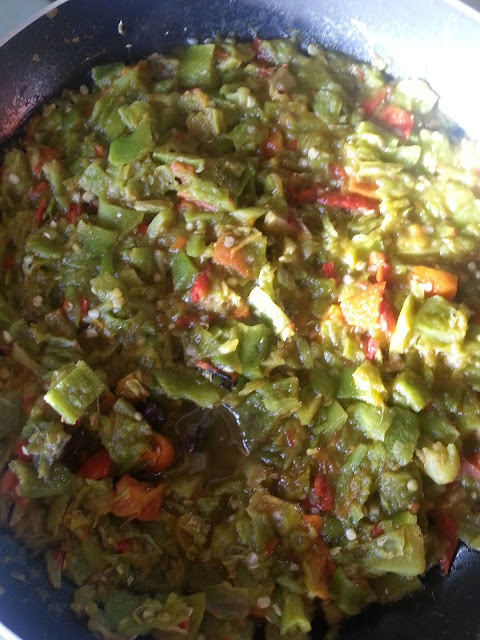 Stage one is 80 miles of flat followed by 15 miles of climbing. Something like that. To me, it seemed like 80 miles of climbing at the end of the stage. I lost around seven minutes in ten k. Luckily I had no dreams of fame on the Mogollon so I made sure I used all of my energy helping Hornyfest, Sticky Stuey and Utah-Chris start the climb in proper positioning.

Stage two is short, only 75 miles. There are three climbs that in theory should thin the field out, but an early break made sure that we did not gas the climbs too hard. The last 10k of the race is highway-wide descending leading into a corner onto narrow roads in the last 1k. So, in general strategic brilliance, we decided that getting me to that corner as far forward as possible would be the best option. Every other team also had this plan, so it was mildly hectic. Luckily I have a Czech teammate (Staz) who seems to enjoy the positioning game. Staz went into the corner third wheel, and I was preparing to go into it fourth. Falling into the category of things ALMOST going perfectly, one of the Kenda lead out guys was ran into and crashed, careening into my wheels. I chose to brake instead of maybe pushing through his body with my wheel, and with that lost too many spots to contest the sprint. Continuing with the tragedy, I put TOO MUCH salsa on my rice bowl and got a small heartburn.

Stage three involves pedaling time trial bikes, which as of lately I’ve become a big fan of. What I’ve never done is a 37minute time trial at 7,000 feet of elevation. I’ve had lots of practice this year with twenty-minute time trials (Icebreaker, Redlands, Walla Walla) so when I had to continue longer than twenty minutes I was quite confused in the body region. I had a decent enough ride, but I for sure know that I can do more on the time trial bike and will work on making my mind crazier for the next one. Also I found out at the finish line that I had ridden on the wrong side of the cones for the majority of the final 5k. As I went into the finish line where the cars were supposed to go, I did an awesome in the bars SHARP swerve to get into the fenced finish corridor. That was the highlight of my time trial. Also the taco truck burrito that I consumed was quite nice as well.

Stage four was the criterium. Normally I get quite excited for these criterium contests and Saturday was no difference. We all lined up to race, they did the call-ups, and then announced over the PA that there was an “immediate safety threat and we needed to roll a lap immediately”. So everyone got on their bikes, confused, and rode a lap slowly. We got back to the line and were told that our race was delayed “at least twenty minutes” and to “go away”. So we went back to our van and waited. Turns out that there was a bomb threat in the form of a suitcase left outside of a Goodwill donation bin. We then raced, because it was a suitcase left outside of a Goodwill donation bin. It is truly a bummer that situations like those exist. It’s obviously at a heightened awareness now in the States, but bomb threats happen all the time in other parts of the world. Our world has changed because of Boston, but that doesn’t mean that THE world has changed. I think a lot of people’s perspectives were probably transformed when there was even that possibility in our “perfect” world at a bike race. We then raced and I was ON IT for about one hour. The dreadful news is that this race was an hour and a half. I finished the crit unbelievably busted up: way more tired than any other stage, way hungrier than any stage, and way more uncomfortable than any stage. Odd. It was not bomb.com.


Stage five is the Gila Monster. This is 1000 miles with 100000 feet of elevation gain. Subtract a zero from each of those and you have the actual statistics. I knew going into it that races with “monster” in their names are not equivalent to races with “Mason Lake” in their names, so my hopes weren’t high for personal glory. However, we have this skinny dude on our team whose legs are the size of my index finger. He was all giddy for this stage. I’m not sure what’s wrong with Bro Cal. I hoped to be able to help Jon as much as possible then benefit from a century at altitude. Flatting in the first 10 miles when the field was guttered in the crosswind was not part of the plan. By the time I got a wheel change I was out of the caravan, and I knew I was in for a tough chase. I hit 62 mph going through the caravan and was losing ground on the field! I found myself in a dropped group and spent the next 60 miles debating the benefits of Cattle Guards. I got in the van in the final feed zone. Then got very hungry.

Here are some other important things from New Mexico:

I never caught a Javelina. Lame.

The Buckhorn Saloon and Opera house was awesome. We walked into the door and the two most grizzled and gnarly looking guys at the bar instantly turned around and stared us tourists down. I felt like a tough guy instantly. Then remembered I have shaved legs.

Our staff works unbelievably hard. I don’t think Alan, Doug, or Burke slept at all. Burke because of his interviews and celebrity status.

Now, after three weeks on the road, I am flying home to Seattle. It is currently 80 degrees and, more importantly, sea level so I am excited. I get to hang out in Seattle for the rest of the month. I’ll be scheming.

Also, I was catching up on Parks and Rec when I got home and I saw that the most stylish guy on the show was wearing a shirt that I own. So there. 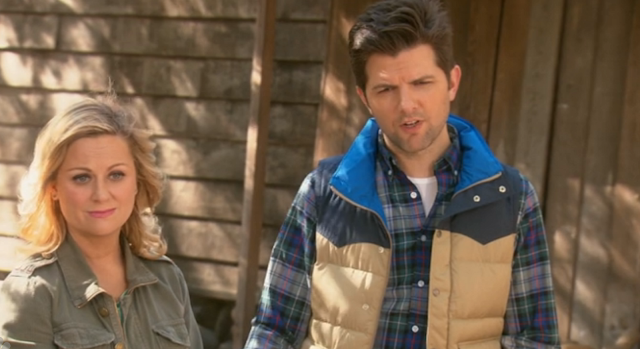 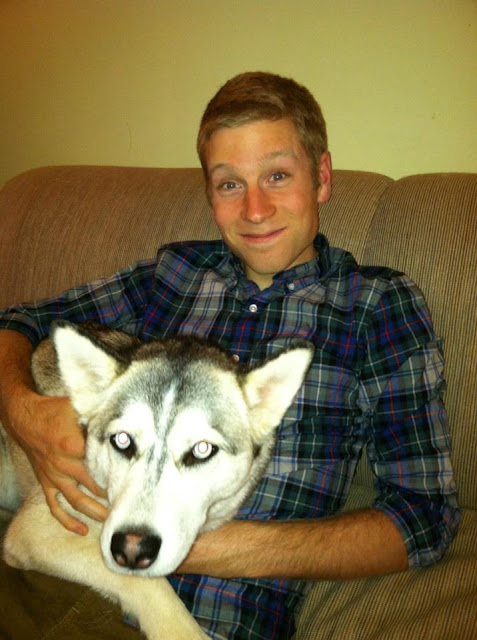 Anyways, I'm reading a book about anti-gravity. I can't put it down.
Tweet
Posted by Ian Crane at 3:12 PM