Despite cultural differences and language barriers, bike racers are all the same. The last several seasons, well actually my whole racing life, I've been on a team composed of people my own age and background. One of the things that excited me the most about Jamis Hagens Berman is the range of cultures and backgrounds that the team is made up of. For the first day and a half of camp, I was here with three teammates and a mechanic- from Argentina, Cuba, and Spain. There was some english spoken, but the group speaks spanish.

Before coming to camp, I was quietly confident in my spanish speaking skills. "I have a Minor in Spanish!", "I practiced a couple times on Dualingo" and "I meant to watch some Pixar movies in spanish" were all some thoughts that I had leading into camp. In fact, I even acquired Buscando a Nemo, Los Increibles, and my favorite, Ratatouille, to watch prior to the season.

It turns out that my Spanish education experience was far from enough to prepare me for real-world speaking experiences. However, I think that my base level of understanding was huge in making me a bit more comfortable in this new world. As the week went on, I was already understanding more, having full conversations in spanish, and feeling more confident with the language as a whole.

I always knew that I'd have to throw myself out of my comfort zone and into the deep end in order to fully grasp the language, and here I am. In the middle of the ocean, and I didn't drown. I look forward to being able to swim in the future. Voy a practicar mas!

My trip to Arizona was broken into three parts: The early part of the trip, which involved the Old Pueblo GP and some training ; shooting photos and videos with the entire team when they got back from Vuelta Mexico ; and the unfortunately timed illness that swooped through our hotel.

First, I got to start my season off with a twilight crit. I did the Old Pueblo GP in 2012 and it was a far from memorable experience, so I was excited to have another crack at it. Guido, Ruben, Tyler and myself lined up for the 75 minutes of darkness ready to officially break in our new bikes, equipment, and clothing. Hopefully without actually breaking any of it.

Although the end result from the race wasn't what we were hoping for, I was happy to get some snappy efforts in the legs and have a pretty decent race. The first crit of the season is always a bit of a shock, and having it be a twilight race adds to the experience. I only chopped my shadow once, which is a victory in its own sense.

Sunday and Monday were some big training days. Monday took us to Mt. Lemmon, where the general consensus was that although we didn't reallllllyy NEED to climb for 25 miles, we did NEED a large cookie. The cookie cabin at the top of Mt. Lemmon is something I've heard legend of, so naturally since some of my favorite things involve bikes and cookies, I was more than interested in a long climb with a mission. 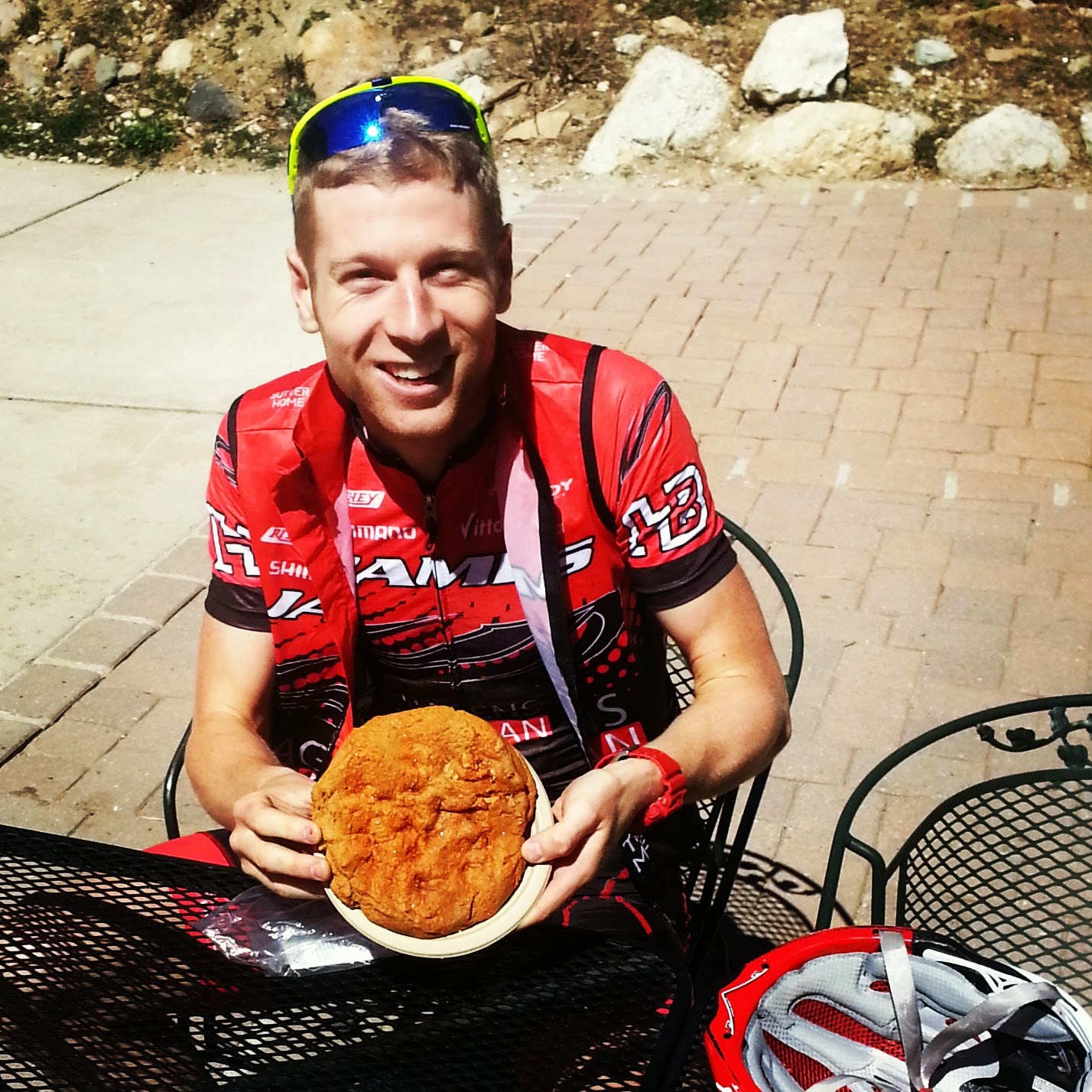 It's about a 25 mile climb, but never very steep. That's nice because then when you descend for 45 minutes, you can actually pedal most of the way down.

Tuesday and Wednesday were photo and video days. We had a photographer as well as a videographer from Jamis following us in the van for our rides. Wednesday was the fun day, as it was the first time that I've ever gone training in a skinsuit and an aero helmet. We were riding the time trial bikes, so naturally I was excited, and I think the footage that we got will look very cool.

We were doing a TTT behind the van, and our "gentle photoshoot day" turned into a bit more real of an effort. You see, the draft is huge behind the van, which means that the speeds are high. In order for the guys behind not to be coasting or on the brakes, the speed has to be HIGHER. Our TTT turned into a fairly brisk 15 minutes- one where no one wanted to say that they were hurting, but everyone was. Hopefully. Maybe. This was my type of fun.

We took some more photos on Wednesday, including head shots and team photos. 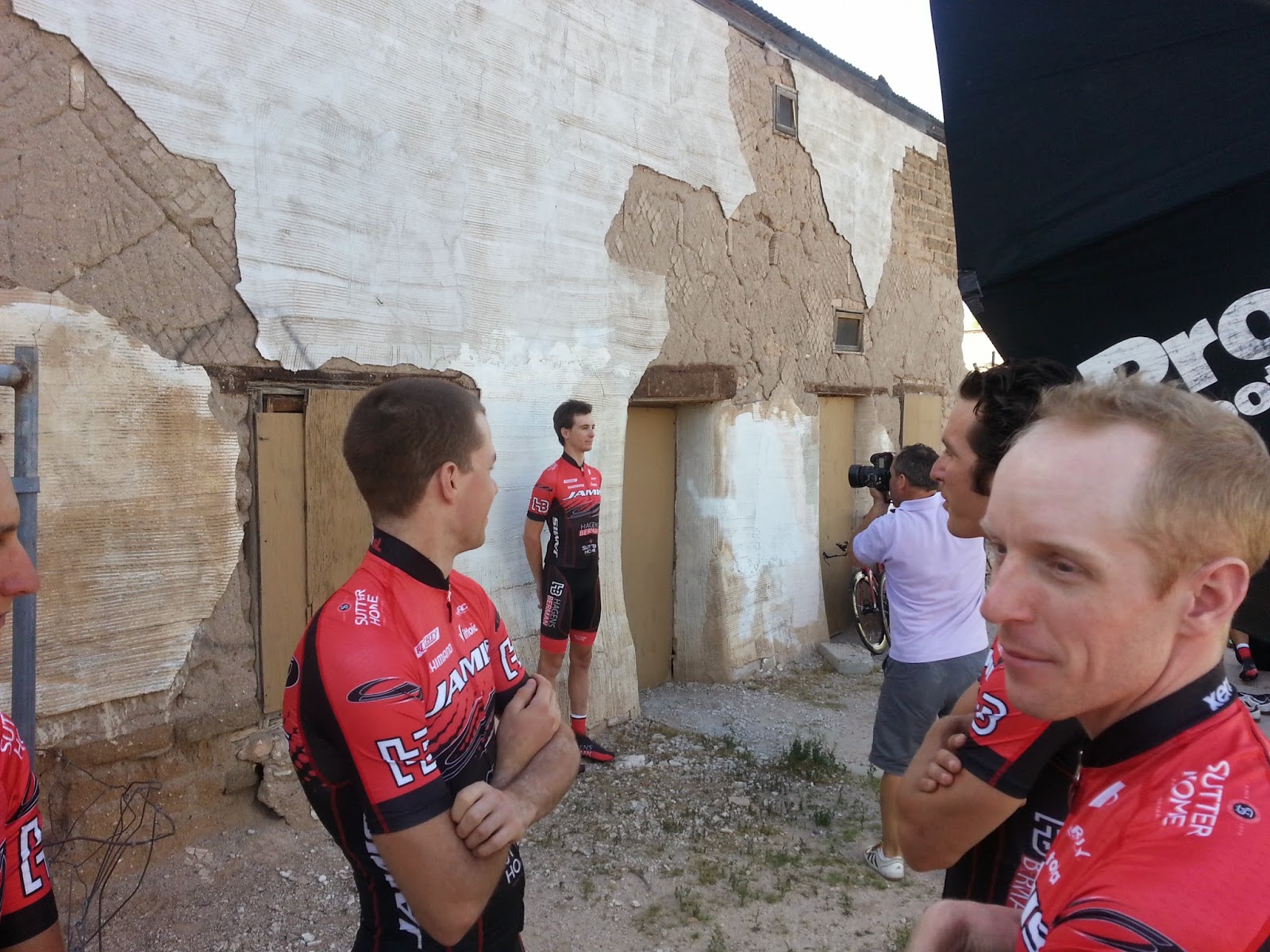 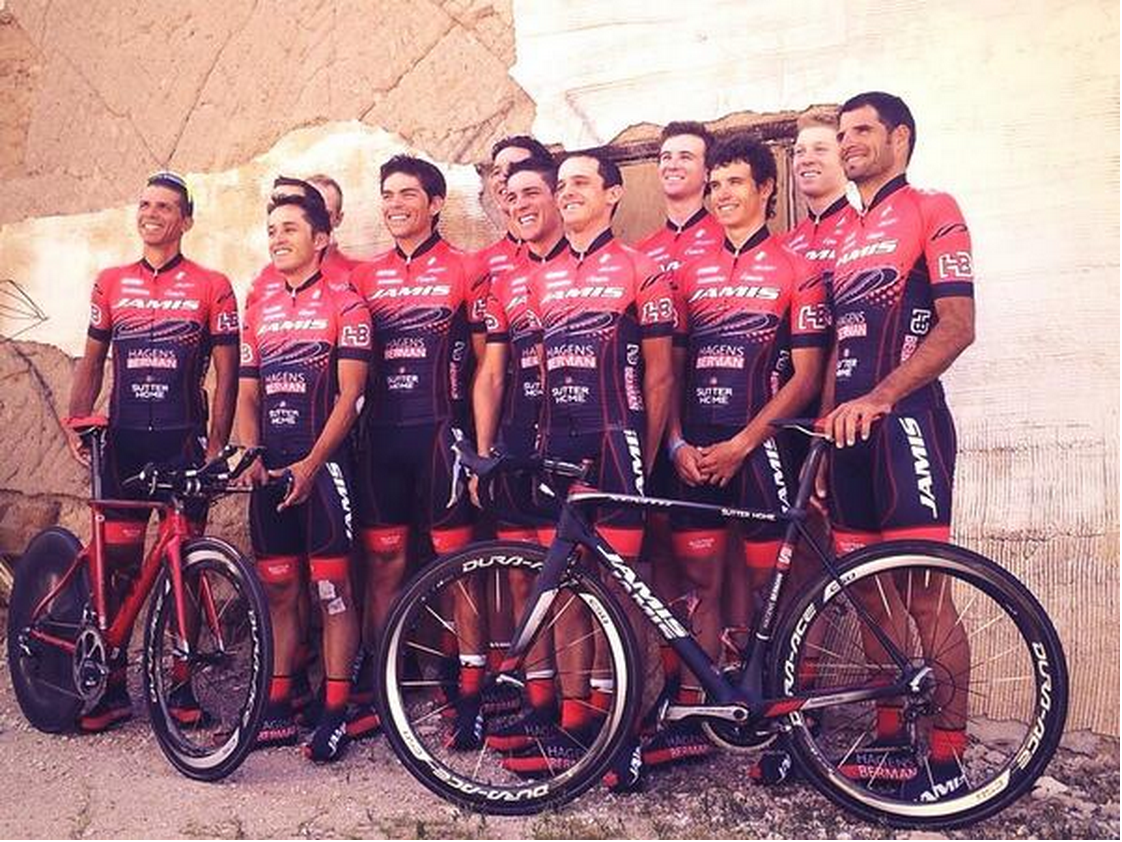 And thennnnn I got sick. Not much more to talk about, other than I had a very rough Wednesday night. I woke up on Thursday and found out that three others had a similar night. I was scheduled to race the Tucson Bicycle Classic, but with San Dimas right around the corner it didn't make sense to push it on a weak system. I went home a couple days early, and slept until this morning.

Although not entirely the best ending, my first camp at the Professional level was a great experience. I'm glad to get to know my new teammates and staff, and am really excited to get to race with them soon. Seeing Gregory in the leader's jersey at Tucson Bicycle Classic was a bit of a stinger, because I would love to be riding the front for him this weekend. However, with San Dimas starting off with an uphill time trial, I think my chances of a long day of tempo aren't too far away.....