Yesterday's post ended after JJ and I went 1-2 in the first road race. The bonus and time gap gave me an 11 second lead in the GC heading into Saturday's 110 mile road race.

Saturday’s stage is much more difficult than Friday's. We do a hilly circuit four times, and it was quite windy. 20 mph wind, with gusts. I can’t decide if that was a good thing or not. I think it was because although it makes the pedaling hurt much more consistently for much longer, it also makes the race a little bit easier for us to control. Once again the guys rode incredibly- on the front from mile zero. This was another 110-mile day. We knew that the hill on the circuits would be decisive, and my job was simple. The team would be able to get me to the last lap, but up the hill the final time it would be up to myself and Ben to cover the attacks. Ideally, we wanted Ben to be a bit up the road so that I could go across to his group with minimal effort. What followed was the hardest hour or so that I’ve done in quite some time.

Ben followed the first wave of attacks by the Smart Stop guys, and ended up in a select front breakaway group of six riders. They soon got a minute, and the field lulled a bit. We approached the final climb on the last lap, and Kenda 5hr took the front. JJ deposited me on the back of their train, and we hit the climb. After about 15 minutes of hard climbing, a group of about 15 or so had separated ourselves from the rest of the field thanks to the relentless tempo set by the Kenda 5hr team.

Our group eventually got across to the lead group with Ben, forming a front group of around 20. Smart Stop had four riders to our two, so there was lots of attacking. Eventually, we turned onto the tailwind section of the course and not long after a 30-strong rider group caught back on, led by, to my excitement, JJ. Having another teammate was huge, and he and Ben continued to rotate on the front. Kenda put in three riders to try and set up for the stage win, and Jet Fuel had two riding to protect their rider’s second spot on GC.

We caught the break with 5 miles to go, and Ben and JJ continued to slay themselves on the front of the field. It was a pretty unreal experience having a World Tour level sprinter sacrificing his chances for me, on a stage that he surely could have won. Meanwhile, I fought for Travis McCabe’s wheel the last several K.  I figured that he would win the stage, as he had the most teammates left in the group and is one of the best sprinters in the NRC. I was hoping that by following him I’d be at least kept out of trouble in the final K’s, and maybe even have a shot at a sprint myself. My legs got mad at me when I started to sprint, and all I could manage was 8th on the stage: protecting the GC lead and giving me what turned out later to be a very valuable three points in the sprinter’s competition.

We were all pretty tired after Saturday’s race, but very content. We had stepped up to the challenge on the hardest day of the race and protected the lead. One stage to go. 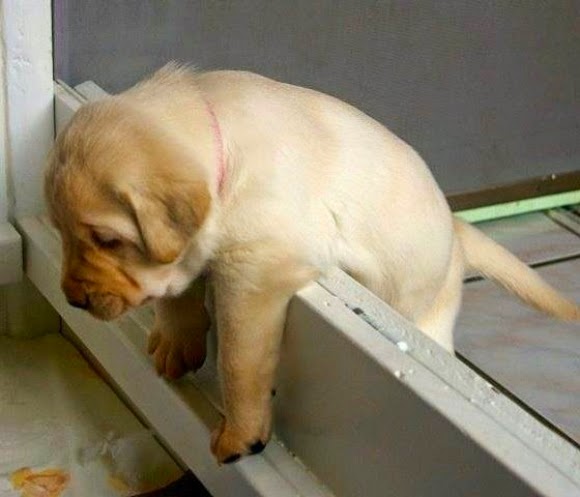 We went to bed on Saturday night unsure of what type of weather that we would wake up to. The news forecasted a pretty dim future for us: with tornadoes, heavy hail, and thunder and lightning predicted to hit about 15 minutes before we were scheduled to begin our criterium. There was talk of potentially canceling the stage, or shortening it.

Lots to be nervous about here, I definitely wanted to race. I was confident in the team, my strength, and I didn’t want to win the race with an asterisk next to my name. However, I had approximately zero desire to race while getting pelted with the predicted baseball-size hail. I also was in no way interested in seeing what the inside of a tornado looked like. 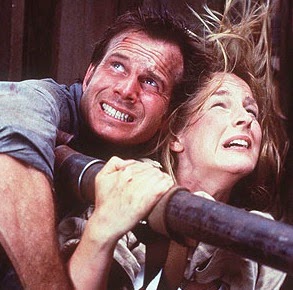 Side note- check out how awesome Phillip Seymour Hoffman looked in the movie Twister:

We heard rumors that in the event of the inclement weather hitting midrace, we’d see two laps to go and try and get a finish in. That is, assuming we weren’t all lifted to Neverland or Oz by a tornado. This was a nerve-racking possibility because the chance of the race just…ending… meant that we had to be very cautious about the breakaways that we let up the road. No longer could we let someone close on GC up the road in the first twenty minutes, because if all of a sudden we got two laps to go, there would be a frantic chase to try and close the gap.

Terrible weather hit Fayetteville all morning, and we weren’t feeling too optimistic. We headed to the start, and about ten minutes before we were scheduled to go the sun came out and the roads started to dry. Great!

Our team took the front from lap one with every rider on the front. They set a pace that was comfortable for 85 minutes of racing, but fast enough to discourage many attacks. The race went by quite quickly for me, as I sat 6th wheel the entire time- never braking for the corners, fighting for position, or riding in the wind.

Then, with 7 laps to go the weather finally rolled in, and it started to rain heavily. The previously dry and safe corners were now slippery any dangerous. The already blown-apart field started to shred even more, and the guys continued to press the pace on the front. With 4 laps to go a crash took out JJ, and it was left with just Ben and I to finish the job. Ben did a superhuman two laps, keeping me second wheel and keeping the attacks at bay. With two laps to go, Ben faded and it was up to me. I planted myself on Ryan Roth, who was second on GC, and made sure I stayed on his wheel. There were 6 bonus seconds at the line, so a five-second gap between Roth and myself would have lost us the GC. Roth attacked on the second-to-last straightaway on the last lap, and I was right on him. I went through the last corner second wheel, saw an opportunity, and started my sprint early.

An uphill and headwind sprint might be my favorite type of finish, and this one is no different. I stomped the pedals, slowly fading in the last 100 meters. With 70 meters to go, Brad Huff from Optum came off my wheel, timing his sprint perfectly and winning the stage. As Brad came around me, I threw my hands in the air- knowing that by finishing in the top 3 I had more than secured the GC lead and that I had just won the Joe Martin Stage Race!

As a bonus, my first place in the TT, second in the road race, eighth in the second road race, and third in the criterium gave me enough points to win the Green Jersey competition as well, finishing three points ahead of second place. That's where the three points from Saturday's stage came in!

One guy stands on the podium. In our case, two, because Ben finished third on GC entirely due to riding hard. That's unbelievable that he finished so high up on GC after throttling himself for me all weekend.

One guy gets the glory, but the whole team gets the win. There is no way that I would have won this weekend without the unquestioned support by my entire team. I had to do maybe one hour of very hard riding this weekend, where my team rode for ten hours hard. I am so grateful for the opportunity to lead this team, and could not have done it without the leadership of Ben and JJ and the strength of Carson Miller, Stephen Leece, Eloy Teruel, Ruben Companioni, and Guido Palma.

I cannot forget to thank the staff either: I've never gotten massages pre and post race before, so thanks Felix! Hugo kept the bike working perfectly, and Ed/Seba drew up the plans. This weekend was an incredible experience to be a part of, and I'm excited to build upon this success for future races.

Thanks again to everyone for the support.

I'm back in Seattle for a couple weeks, so after some rest, it's back to work. Time to ride the TT bike!!