"Now we don't have any mountains here in Elk Grove, but we sure have some turns." -Race promoter before the start of the 270 turn circuit race.

Flash back to Friday afternoon, where we did a 4.5 mile time trial. The unaerodynamic fact about this is that we decided against bringing TT bikes, based on the fact of how two bikes take up more space then one bike. I however could be bothered to bring a Cole T85 and a Cole Disc wheel, which ended up being our only set of aero wheels for the race.  Ian saves the day. We all brought Clip-On aero bars. Wait no we didn't, Steve couldn't be worried about the TT until he learned what the time cut was, and then was like "omg, wtf, I need some clipons". We were all spaced out by 18 minutes in the TT order, so immediately after finishing our ~10 minutes of racing, we continued racing towards the start, and swapped wheels with whoever was next. Then I had to be bothered to remove my aero bars so little Steve could assume a superman position. Gabe, our resident guest rider, made us all look silly by basically doubling the rest of our finishing places, getting 47th. Then Myself, Cody, Steve, and Lang came in 84 87 90 and 95. So basically, the skinsuit I lent Gabe led to him being Wacky-Fast. So my plan of winning every single stage and making BANK hits a road block in the very early stages. 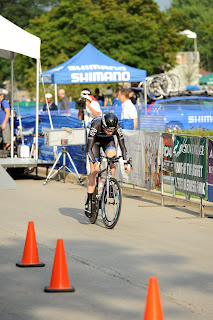 UCI races can't have crits in them, but they CAN have 27 corners in a 15.6 k lap! Which we did 10 of, for a total number of corners that only a mathematician could compute. 270. This race was entirely in neighborhoods, so 80 percent of the time, I had no idea where I was, 100 percent of the time. This race was pretty easy for 10 minutes, and then things got LOCO when UHC was angry that Gabe got in the early breakaway. 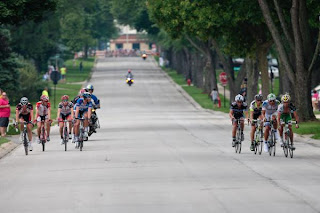 So then I was on the rivet for around 2.5 hours. I pulled this off the Aerocat racing Facebook page-

It was fast, and lots of turns. The course map they put in the bible made no sense to me. Here is a picture of it- 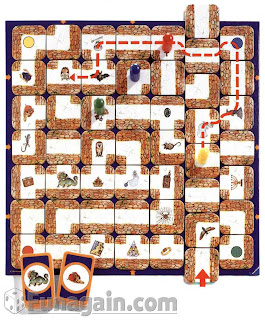 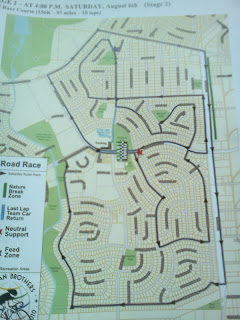 So the breakaway finally was deemed acceptable, and then we went really slow in the group for the last two laps. Which was really pleasant, because riding the course at 20 mph made it much more fun then 35 mph. King Lang worked his way into the move, but Cyclingnews forgot to talk about him.  My list of Feillu's is really long on why I didn't get in the breakaway, but that is for another day.

"A large chase group of roughly 18 riders came together nearly one and half minutes behind the six leaders. The chase group included Rory Sutherland (UnitedHealthcare), who was the highest placed rider in the overall classification of that group, Jonathan Cantwell (V Australia), Brad Huff and Ken Hanson (Jelly Belly p/b Kenda), Emile Abraham (AeroCat), Fernando Antogna (Jamis-Sutter Home), Ben Jacques-Maynes (Bissell) and three riders from Geox-TMC, among others."

So that went away and then got 12 minutes up the road. Then we did a lead out for the bunch sprint. Steve took the front w/ ~2.5 K to go, and pulled all the way to ~800 to go. Then Gabe started sprinting. He did 800-400 no problem, then started to fade. I was almost worried as he slowed down a bit, but then he found his 10 on the cassette and kicked again and held it all the way to 197 m to go. Then I couldn't not win the bunch kick, so I went for it and held it to the line. We had some people on certain pro teams giving us crap about "the amateurs doing a leadout when there is 20 guys up the road". Sorry guys, we are here to race. We had a guy in the first big breakaway, a guy in the break that went to the line, and then we won the pack sprint. For a UCI race with a bunch of Pro teams, not a bad showing. Adding to the fun of sprinting for the group is that by winning the bunch sprint, I was 25th, which was the last spot getting paid. So to the people who gave us crap, I am now 200 dollars richer.

We were all pretty messed up after the race. 95 miles of basically crit racing is really hard. A sure sign on the difficulty level of race is how Twitter etiquette goes out the window with fatigue. Tweeting multiple times in a row is frowned upon.

As you can see here, Lang wrote a Novella, and I wrote a mini-novella. 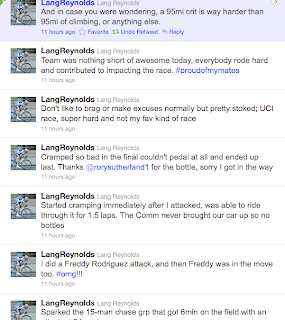 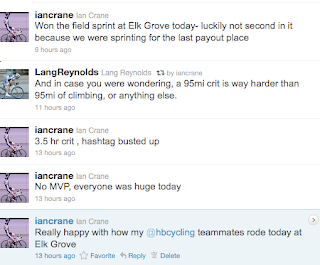 Steve showed a huge sign of fatigue by talking about cross. Lame.

Cody has zero-tweeting capabilities because his phone looks like this, because his Canadian phone doesn't work in this world.

Today we have a shorter circuit race, with equal amounts of corners and two Uturns a lap! Good thing I did a standing start workout on the track once when I was 14!Tweet
Posted by Ian Crane at 9:19 AM