For approximately one and a half days, the offseason is fun. Then suddenly my life feels a whole lot less important. Not that me pedaling a bike around different states is important in the scheme of the world, but as an unemployed "student", racing and training gives me some definite purpose in my day-to-day. Not getting all DebbieDowner here or anything, just noting that this bike racing thing is pretty consuming, and I'm thankfully fully consumed by it. That was a weird sentence- with all the grammar experts I know I get a little self-conscious when I end a word with 'fully and have the next word be fully. And I probably used the dash wrong! I was going to write a sentence that had lots of ending and beginning similarities but all I could think of right now was "awesome some" and there are no sentences possible with that phrase. The interface face faced away. But anyways, the season ends and resting/recharging begins. Then you look for ways to occupy yourself in positive ways other then just laying around in your bed watching Netflix and drinking coffee. Here is my list!

The season ended on September-something, and today is October-something. By my logic, it's been one month of offseason already, and it hasn't seemed that long! This means my methods have been successful.

The first weekend of my break I would rate above a 12 on the 1-10 scale. Marissa, Grant, Jesse and myself decided to go camping in Mazama. Here are two false impressions I had about Mazama: That it is in Montana, and that it is near Leavenworth. Turns out that neither of those are true! I hadn't been camping in quite some time so naturally I went to REI and spent $2600 on a portable shower, gas stoves, insect repellent, and flannel shirts. I made the mistake of shaving (less warmth), but I counteracted that by finding my sleeping bag. Successful start to the weekend!

At one point during the drive I got tasked to being DJ (much to Grant's dismay). Marissa's Ipod was like the Frat Music Throwback station and I was the retro DJ. It's shocking how many songs I know the words to from before 2000. True story- we were driving with the windows down and Jesse and I were demonstrating our knowledge of a certain homicidal song when a Producer from a record company heard us and offered us a deal. It was tempting, but I really wanted to go camping so I theatrically ripped up the contract and threw it into his face. Sorry Dre. 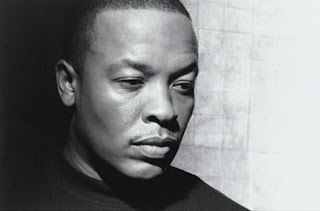 Camping is a story where I am a hero on three different occasions. Hero 1- We arrived in Mazama and it was basically dark. We drove this incredibly bumpy road to get the campsite- So bumpy that I thought we were driving over speedbumps. I held all the spare change in the car- heroic, but that is not part of the list. We arrive at the campsite and set about getting the tent put up. Hero 1 is when I brought TWO flashlights, making it so many people could be helpful during the extreme home makeover. Hero 2- Everyone is hungry, and I pre-made a Pasta Salad. Dinner DONE.

The great thing about camping is complete relaxation. Without clocks you pretty much go to sleep when you're ready for it and wake up whenever that time comes. So in summary, Friday night we were in the tent ready to be asleep by approximately 8:47 pm. Normally I'd guess the time by the location of the sun, but I'm sure you can see the problem here- There were two suns. So we set out to sleep, but then Jesse had a huge realization. Bears. We were safe with all our food and trash, but Jesse remembered the missing ingredient. Bears love Kiwis (the fruit, bears aren't native to New Zealand), and her shampoo was kiwi flavor-scented. Some bears came, and I snapped a picture. Luckily they weren't in the mood for kiwi last weekend. 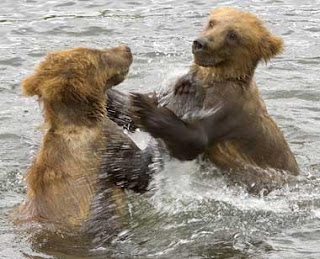 Saturday we went on a hike, Grant and I played baseball, we sat on a big rock in the river, ate more pasta salad, played a game, went to Winthrop, ate dinner with Bees, had a fire, collected firewood, got lost in the woods, and went to sleep. I know, really interesting. So I'm going to share some deets, mainly about the last three things on that list. We had a fire. Ok thing #2, we didn't have very appropriate wood for this fire, so we had to use lots and lots of mini sticks. Bigger than kindling, but smaller than dura-flame logs or the wood that is for show in electric fireplaces. So there were many trips into the vast wilderness for more sticks. Thing number 3, and also Hero 3. When it was passed being dark, we decided that it would be pretty cool to head back to the river and hang out on the rock and do nerdy things like look at constellations and analyze the crescent of the moon. Since there were so many trees over our campsite, the path formed by the river created the perfect opening in the tree-line for astronomy. We took the trek to the river, followed it to the rock, and hung out there for awhile. Then it was time to return, and turns out that things look different in the dark! We did some wandering. No one knew. We were lost in the woods forever like the Boxcar Children. And then I saw some familiar looking foliage, announced my discovery, and argued my case. Jesse agreed with me first, then Marissa. Grant, being a semi-hero, was in the process of looking for more firewood and was prepared to agree with us no matter what. And guess what? We made it! Survival- take that Bear Grylls.

So that was our camping trip- here are the last couple pictures I snapped out there.
OK, so that was activity one that has occupied me this break. Activity two involved airplanes, bike race spectating, mechanical engineering, and socializing. My mom and I flew down to LA to see Tela race at Elite Track Nationals. I was head mechanic, which meant I was doing all the derailleur adjusting and bike cleaning.

I had pretty grand plans of taking lots of pictures with people I hadn't seen for awhile and posting them on here, but unlike my camping trip, I forgot to take pictures. Here is what I did do-

Please help Ian Moir and I out.

Now the offseason is winding down, and it's back to the work soon. Today, I meet up with an old friend. Who is an asshole. 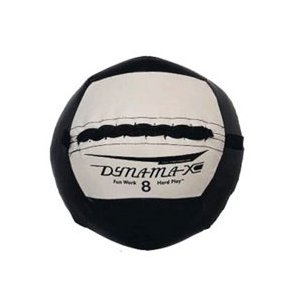