Learning the Truth About Myself

Last week, I tweeted something along the lines of "hashtag I'm so weak I had to lift the xmas holidayz tree my arms are so little". This was a fun experience because when I lift a 8 lb medicine ball it does not equal a AT LEAST 15 pound Christmas tree. Yikes! That fun continued yesterday on my bike pedal.

I rode with two track riders, and I attacked them on 12 occasions. However, that is not the story.
It starts roughly 47 minutes into the ride, when I flatted my rear tire. Simple, I removed the tire, checked for debris, and put in a new tube. I noticed that my rim-tape was sort of crooked. So I straightened it out, and then I used a hand pump to put roughly 3 hours worth of riding PSI into my tire. My right arm felt slightly tired.

One hour and four attacks later, I felt the rear starting to get soft again. Pulled over, removed the tube, found some glass, noticed a off centered rim strip. Changed the tube. Pumped it up to slightly less PSI than before due to horrible, horrible pains in my arms. Removed the hand pump. PSJHSDKJHKSHFGJHFHJSKL:LKJHGFDFGHJKL. With the removal of the hand pump came the removal of the valve stem. NOT HAPPY. Now I am no longer on top of things- since I only brought two tubes. So I borrowed a tube. Down to one tube for 3 of us. This time I used a C02 canister because my arms felt as if I had just competed in a handstand-handwalking marathon with a midget doing a tango on my feet. 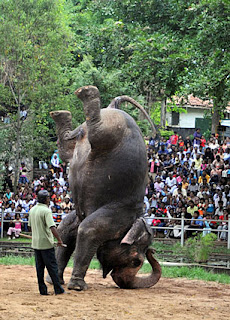 PS, my tires are ~680 cc so they don't come on and off easily. At this point my hands are now throbbing and my knuckles are bleeding from smacking them into my spokes. Repeatedly.
So we start riding. Collin and I drop Ian up a climb. Four minutes later I flat the rear, AGAIN. This time, I'm assuming that my rim-tape is F'ed out the Ying Yang (twins). 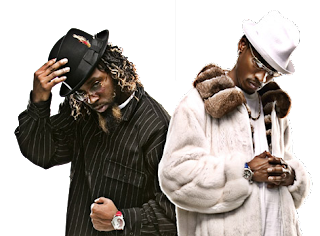 So instead of changing this flat, I was conned into believing that there was "a bike shop like, 2 miles from here!". So I decided to ride the flat to the bike shop. Since I had no air in my tire, I was riding out of the saddle. Which is doing a reverse pull up on the front of my bike as I held my girth away from the rear wheel. About 7 minutes of that later and 400 arm twitches it was decided that this bike shop was still maybe 3 miles away. So we pulled over, and I hand pumped the tire back up to riding PSI so that I could do 12 seconds of really fast riding before the tire went flat again. This is 3 times with the hand pump now.
A couple minutes later it became time to pump it up again, so I pulled over right after a construction sight, and got to pumping. For those of you that have never seen a cyclist on the side of the road using a hand pump to put air into a tire, it may be the reason that the average American citizen tries to run cyclists over. Imagine that video of the guy at the Texas Tech football game ringing the bell. It may look like something else.
I get around 50 psi in the tires and hear some laughing. Look up and the construction site is LOL'ing at me pumping up my tires. Ok, continue.
And we made it to the bike shop! But it was a BMX bike shop, and when I asked if they had road tubes, the employee said "uhhh... maybe". He did! So then I took the tire and found a staple that had worked its way into my tire. I had to dig the sucker out with a razor blade! And then for kicks and giggles I bought a new rim-strip. And made it ALL the way home without flatting again!
3 flats, 4 tire changes, 1 million mini-pump pumps, bloody knuckles, and sore arms.
Then Tela made me carry a milk jug home from the grocery store! OUCH!
OK, bye kids. More bike pedaling!
Tweet
Posted by Ian Crane at 9:55 AM