30 seconds. You can do an awful lot in 30 seconds. In fact, I've written this much in maybe 15 seconds, which means in 30 seconds I probably could type twice as much. Here are some other things that you can do in 30 seconds: You can poorly cook popcorn, you can scratch your back aggressively, you can listen to 1/8th of a four minute song, you can fall in love at first sight, you (probably not you) can memorize the order of a deck of cards, or you can set a really awesome world record.

However, 30 seconds can also be a really long time. Here are some things that you wish wouldn't be 30 seconds: If you put your hand on the stove, if you're getting an allergy test, if you're listening to a Lil' Wayne song, if you're VERY thirsty and every drop of water evaporates before you're able to drink it, and when the gap to the winning breakaway is only 30 seconds away and your group just doesn't quite make it.

We went uphill really fast the first lap, and a group of 15-18 of the who's who in the race were GONE. Trouble. Fast-forward a couple of laps and myself, Gabe, and Jon made our way into a select group of maybe 12 guys and all of a sudden we were 30 seconds from the front main group. This is as close as our group got. The gap ballooned again, we got caught, another group went (with Gabe in it) and that was as close as I got to the front of the race. A lot can happen in 30 seconds, and unfortunately today our group couldn't pedal hard enough to make it across.

Tomorrow we do a really great crit, and I'm ready to stomp it. But first, I have 30 seconds to go watch 1/120th of 60 minutes.  The episode is about being awesome.

To not talk about bike racing further, I would like to tell you literally the most shocking story you will hear all year. I felt like improving everyone's life so I bought a wiffle ball baseball bat at the grocery store. I was assuming I'd be incredible, because when I was 11 I knew a thing or two about swinging a large bat. However, it turns out I'm becoming more and more two-sided in my life. Cycling and rapping.

We did a NO RUNNING game of wiffle-beisbol which involved outs and points. Gabe was very quick to inform us that baseball is run based, not point. Gabe is very cool and up to date on athletics because he watches Sportscenter.

Surprise, Gabe won the tournament, but that was expected. I mean look at this guy! 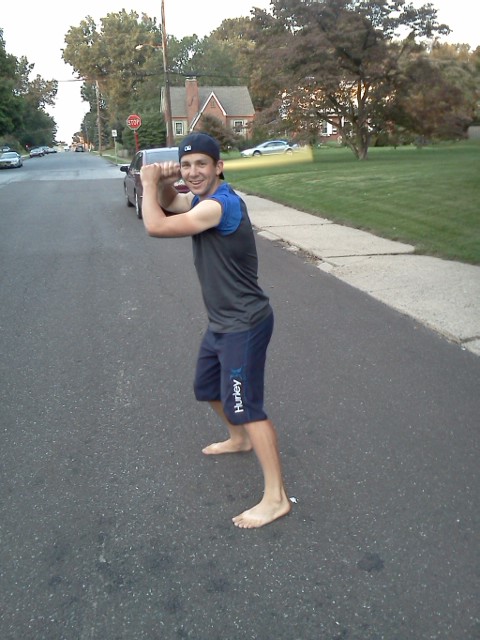 I was assuming I'd do well, but shoot. Not the case. 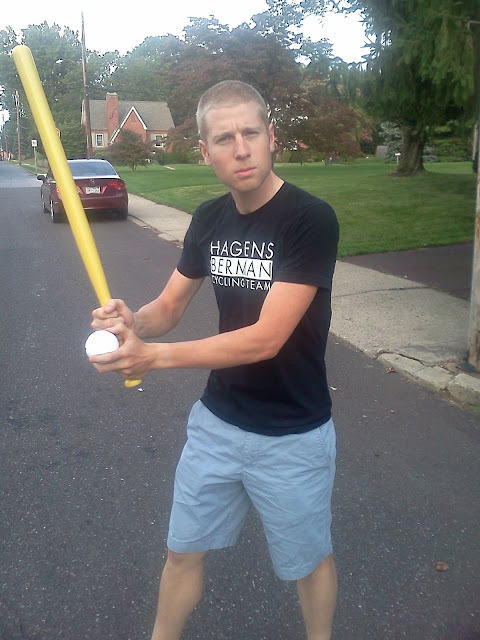 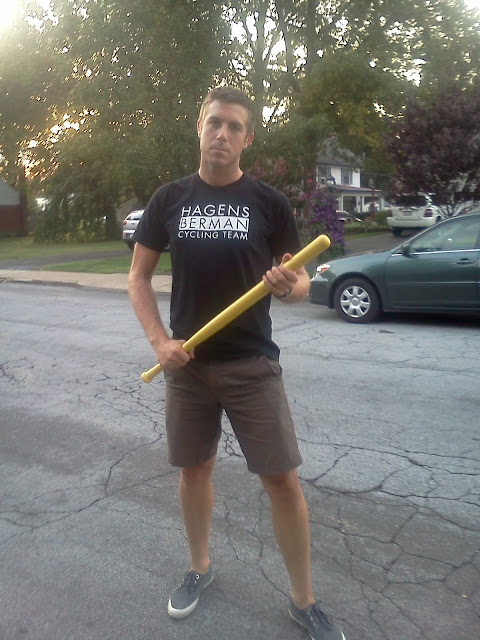 Here comes the surprise. Naturally, Gabe the Babe won, but who was second?!?!? 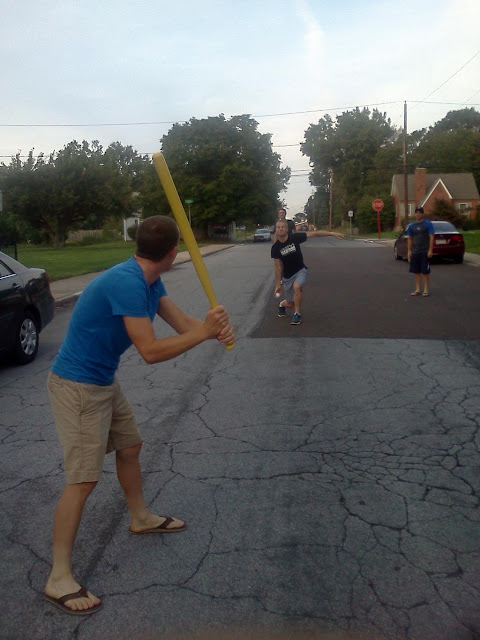 Lil' Steve: The guy I was joke pitching underhand to because he was so, so terrible in our practice runs. Steve turns out can hit a wiffle ball a VERY far way, which is swanky.