With a rubix cube.

I'm curious as to what the reaction would be if I just ended the post like that. Rubix cubes are confusing, and when you commit to something as much as I do you end up using your entire body to solve that dratsab. Except that when I was younger I cheated by just peeling off the stickers and putting them in convenient locations, so I'll end this story with a lesson for you all.

If you try and cheat the rubix cube, it will strike back. Keep that in mind. I google searched "Attacking Rubix Cube" and this is the result that I got. 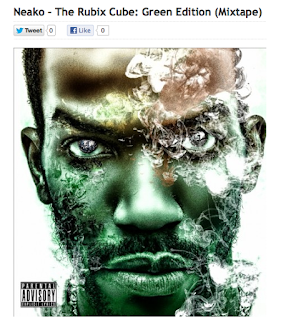 Luckily for you I'm not going to end this post with that note. I do enjoy a good thinker to process while I go about my day, and I'm sure you do too, but instead I'm going to remove any thinking from your afternoon and just spoon feed you the details about how I confused the living organisms (organizmz if you're creative) out of my body today.

I woke up this morning freezing cold. This is not an exaggeration, I actually peed an icicle.

Next, I put on sweats, sweatshirt, and down booties. I waltzed downstairs where I had coffee #1. My insides became warm and my feet followed in line. Soon, I was comfortably warm.

I had originally planned on doing a bike ride after waking up. However, the weather was confused and as the rain pounded against my window and dripped off like all the fat on a Christmas ham (I've never had Christmas ham, but if it's as drippy fat as I'm imagining I'm not interested) [side note, I just got mad that my computer didn't autocorrect <im> to <I'm> like my cell phone does. That's a bad sign for my future of being able to communicate with people]. Anyways, I decided that since I was now comfortably warm from proper clothing and coffee, I would wait to ride outdoors.

I worked on schoolwork (sort of) for the next couple of hours. I had coffee #2 and even took my down bootie slippers off. My comfortableness led me to decide that since the weather was awful, I would do my intervals inside on the rollers and then finish the rest of the riding on my cross bike outdoors.

I got kitted up and headed into the garage where it was colder than an arctic 7-11. I turned the fan on, had it face me on the rollers, and shivered as it taunted me with its cold breath.

I pedaled for about five minutes shivering, and then as my cadence and breathing increased my jersey zipper proportionately was pulled down. Soon, the jersey was off and my intervals were starting. Two towels, one and a half water bottles, and one huge sweat puddle-lake-river later I was burning hot and finished with ride one. I sat on the stairs in our garage, the steam coming off my back giving me an angelic vibe, contemplating my warmth. I slowly took my shoes off, composed myself, and walked into the well-heated house.

Ten minutes later I was still sweating, my body confused by its shift from max effort to checking Twitter. As I prepared for ride two, my new riding clothes were layered on my still-sweating body. The long sleeve undershirt, long sleeve jersey and rain jacket stuck to my mid-August sweat. I pulled leg warmers and tights on, slowly cooking myself inside.

I got onto my cross bike and headed out in the rain. Blissfully content for about 13 minutes, I soon turned onto the most exposed part of the ride. After being pelted with sleet for five minutes, I hit the trails and started "ripping" through the mud puddles and gravel. Things were great for about an hour, then I started getting COLD.

I finished the ride shivering, soaked to the bone in muddy water. My bike was a mess, so I stumbled to find the hose. We've got these hellish covers to keep the pipes from freezing, so after spinning a wing-nut with numb and swollen fingers and sloppily attaching the hose, I finally was able to get my bike clean. 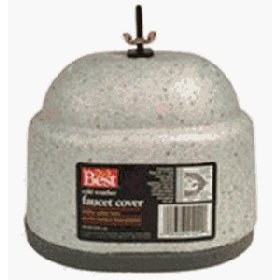 At this point, my hands and feet are useless. I spray my legs down to clean the mud off my leg warmers and struggle to reassemble the pipe cover, which has a design so difficult that it would make Houdini raise a white flag.

Finally the faucet cover was on and I was able to go inside. After having to open my shoe buckles with telekinesis, I got inside the house.

Every working brain cell told me to wait to shower. I'm supposed to put sweats and wool socks on and drink tea until I thaw out a bit. Unfortunately, rap music has taught me that rules are meant to be broken so I headed straight for the shower.

I went from freezing cold to painfully warm much too fast. I'm not ashamed to admit it- today was one of those fetal position in the shower kind of days. We all have those, right? Right? Uh-oh. My feet and hands came alive first, pounding like some poorly operated highschool marching band.

Then I went to Hawaii and sat on the beach and got really comfortably warm again.

Maybe it would help to summarize, and think of this musically. Much like Brian McKnight's SMASH hit "Back to One", I present to you:

"Back to Being Cold and Back to Warm" by Ian Crane:

Step 1, you wake up really cold,
Two, you get dressed right and get warm bro,
Three, you ride hard and a fast, and that's how you get really sweaty
Four, You ride outdoors
Five, you freeze some more
Six, you take a shower
If I ever believe that I'm warming, then I'll start back at this morning

One, you wake up really COLD
Two, you get dressed right and get warm bro,
Three, you ride hard and a fast, and that's how you get really sweaty
Four, You ride outdoors
Five, you freeze some more
Six, you take a shower
If I ever believe that I'm warming, then I'll start back at this morning

Oh, and I have an essay due tomorrow. Hence the blog post.Tweet
Posted by Ian Crane at 5:46 PM