I don't go nowhere without my strap*. Today I raced bikes in Hood River, Oregon!

If you were questioning my grammar in the beginning of this post, please be reminded that since I am staying in Hood River, most of my jokes will involve songs with the name hood in them. Luckily, I can think of at least two so I should be set for a couple of posts.

Hood River is NOT what they talk about in rap music. Today I listened to rap music- mostly in honor of Utah-Chris and his birthday but also partially in honor of the fact that I was sitting in the front seat in control of the music selection. For Chris, I played the Birthday Song by 2-Chainz and Kanyeezus. Terrible song, entirely appropriate for this situation and this situation only. 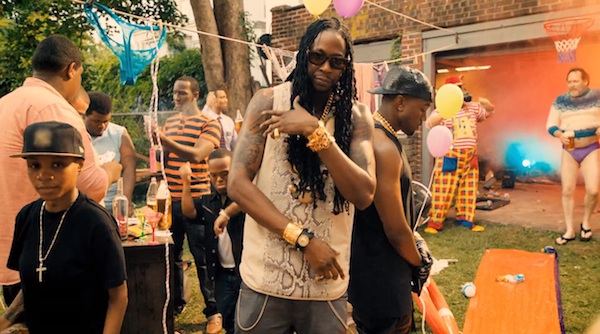 Ok, anyways. We came into this race pretty motivated to crush it. After an incredibly difficult first hour, the next two were also very hard. There were different reasons for this conundrum. The first hour was spent covering attacks and trying to go into the breakaway. The second two hours were spent chasing said-breakaway that didn't structure how we could've hoped.

We chased for most of the race, caught the breakaway, and the next reshuffling was better for us than the first. I experienced a bizarre feeling of tiredness and hunger while everyone who had sat on for the last two hours started attacking. The finish is my ideal type of sprint- fairly steepish uphill for about 45 seconds. I was hoping for some time gaps here, so I went on givn'r from way too far back and ended up second in the finish group.

Steve rode off the front for about 84.5 of the 85 miles today (including the last miles, the ones that really matter) and he got the KOM jersey for his efforts.

The break of 10 finished 48 seconds ahead of the main field. This, unfortunately/fortunately enough, does not actually equate to having to do less or more of a time trial tomorrow.

Let's talk about that briefly. In last year's TT, the top ten was separated by TWO minutes! This means that tomorrow we go ride our bikes hard for a long time with wind and uphills and sort of downhills. Then we see how the GC looks after that.

I'm going to go eat, again, because I think that I did four-hundred thousand kjs today. Yikes.

Also, Instagram now allows videos. This was the first one that I watched. And it will be the last one since it was excelente.