If you're not from Washington, I wanted to let you know that the state's capital is not Seattle. It is Olympia. Our state bird is a finch. At one point, David gave me the finch as a power animal, and at first I was offended. However, I learned that the finch is quite aggressive, speedy, and handsome so my offense was soon negated.

We had quite the weekend in our state's capital. We went there to pedal bikes, naturally, but instead of just pedaling we had SEVERAL experiences worth sharing. Starting backwards, at dinner on Sunday night David made some joke to the waiter about how "you look young, you've probably never done drugs". Then the waiter awkwardly laughed. I'm no expert in reading people's noises that they produce but I think he was trying to tell us something.

He may or may not have driven this car: 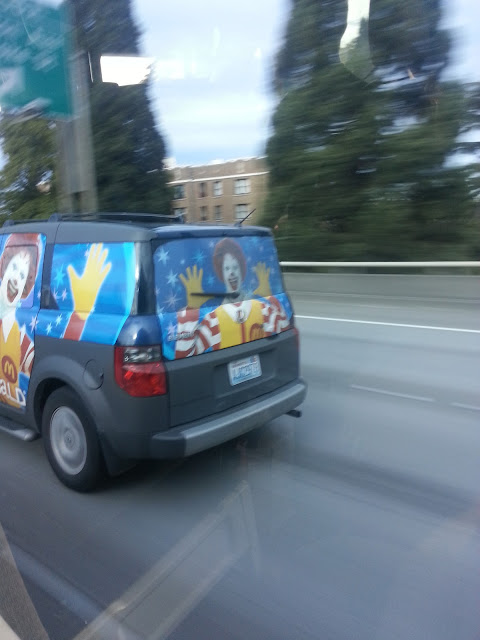 This weekend was the Capital Stage Race in Olympia. Which is Washington's capital as mentioned previously. Turns out I, and many other people, didn't know the difference between capitOL and capitAL. According to the world wide web, capitol is the government, buildings, street names, etc. Capital is the place that the capitol is. Or something like that. So technically, within the Capital Stage Race, we did the Capitol crit. Is that right?

Another thing that was the subject of some debate, at least to me, was the difference between an Alpaca and a Llama. I was trying to keep it easy for the first half of the road race on Sunday and when I saw one of those two creatures standing on the side of the road I realized I hadn't even the darndest clue which was which and who was who. I asked seven people, none who knew. Finally,  I made my way to Colin Gibson who went to art school. Sorry, liberal arts school. What this means is that he knows lots of Jeopardy related trivia. Turns out an alpaca is nicer and softer. Llamas sound like terrible creatures.

I've been close to a GC win in our regional stage races. I got 2nd at Walla Walla and 3rd at Enumclaw. I went into this race very motivated to finally get that top step in the overall. 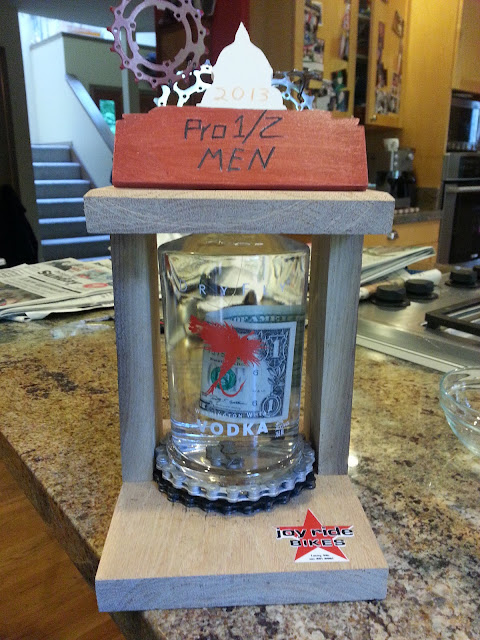 Finally! No thanks to Tarantino, I'll now work from the beginning.

After several (no really, three) exciting/stressful moments on the way to the TT start, it was finally time to pedal. "Finally time" is a loose term. I woke up at 5:40, met David and Steve at 7, arrived at the race course at 8:30, and TT'd at 9:50. I'm a 120 guy, which means I prefer two hours. Also 120psi. I rode hard, felt ill, ate a delicious sandwich at Meconi's, and found out I had won the TT. Great! Then, the good news kept coming. David and Colby had gotten second and third. This was an optimal start to our stage race.

Then, we spent several hours at a coffee shop, followed by heckling at the crit course for another decent amount of time. Proof! 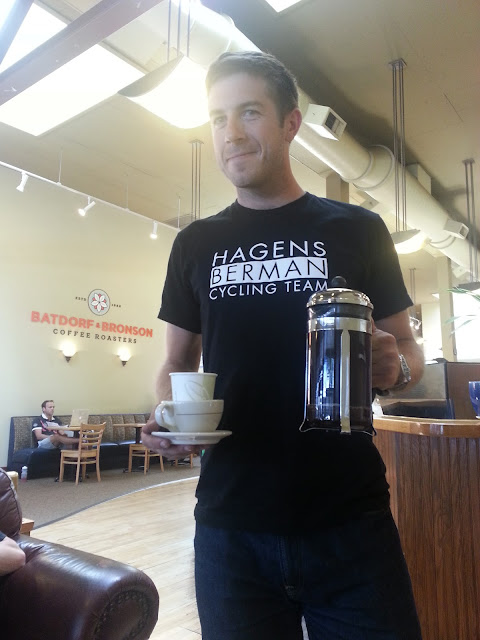 Then we raced crits. We are motivated for these pedaling contests, and the goal was to win the time bonuses and win the stage. With the TT being only 7 minutes, EVERYONE was still in GC contention. That meant the bonuses were important. Short story, we won all three time bonuses with three different guys and were able to win the stage as well. My coach, Dave Richter, went for the gamblers prime with 2 to go and kept going, and Steve and David went all in to bring him back. I was able to hit it hard on the second to last straightaway, catch Dave out of the final corner, and sprint for the win.

Also important, I got a sunburn!

We went home Saturday with a bit more breathing room on the GC. A whole 12 seconds more. This is not a lot of time, but after I lost Walla Walla by 1 second, we race for every possible second on the course.

Sunday's race is on roads that I've done races on before, and it took me about 60 miles to actually realize where I was. Luckily for me, Steve knew exactly where he was. This was important because our planned "3 guy breakaway up the road to take pressure off of us" turned out to be a more stressful "5 guy breakaway with 3 ex HB guys 6 minutes up the road" type game. At about mile 12, Ryan and Winger got on the front. Soon Steve and David were there. Soon Colby started chasing. I watched and thought about Alpacas and Llamas. 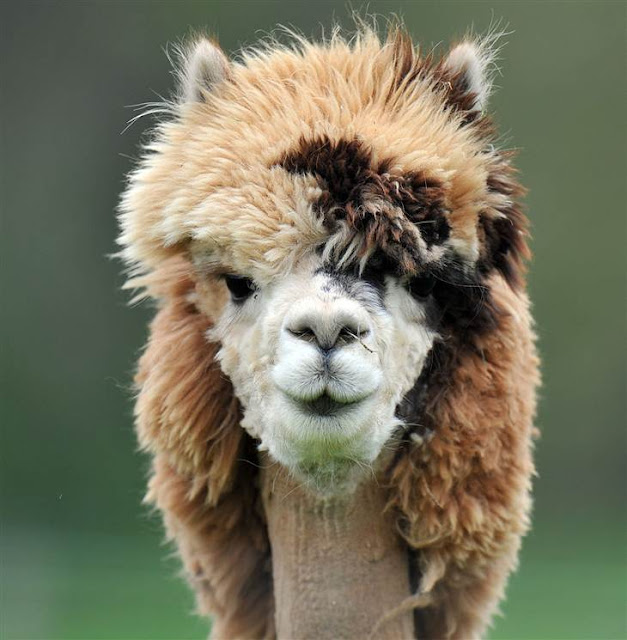 That amazing photo is from an incredible gallery titled "25 Alpacas with the Most Amazing Hair Ever". I strongly suggest you look through it.

Anyways, the plan was for me to chill early, saving energy to follow the attacks on the three climbs in the final 20 miles of the race. The guys caught the breakaway on the second climb, the attacks started, and when the metaphorical metaphysical creative dust settled- Steve, David, and Myself had made the front group. Steve decided that his goal for the race was to ride the front the ENTIRE day, so he kept pedaling hard for the flat run into the finish the last 10 k. David set me up perfectly, dropped me off with 180 m to go, and I was able to sprint for the win, sweeping all three stages of the Capital Stage Race and winning the GC.

I like that photo because David has a big smile on his face.

So, lots of firsts for me this weekend. First TT win, first GC win, and first sweep of stages in a stage race. I'm happy about that, but what is really awesome to be a part of is how our guys are gelling together. Everyone is riding incredibly, and the weekend's result is truly a teams result. We took the race entirely into our control and left with three stage wins, the top two in GC (Colby flatted at the base of the final climb, losing his third on GC), and for everyone but me, quite a bit of HARD tempo riding on Sunday.

Here are some more awesome things from Sunday. Steve brought Medium shorts. He is not the same size as me, so he was looking awfully silly. 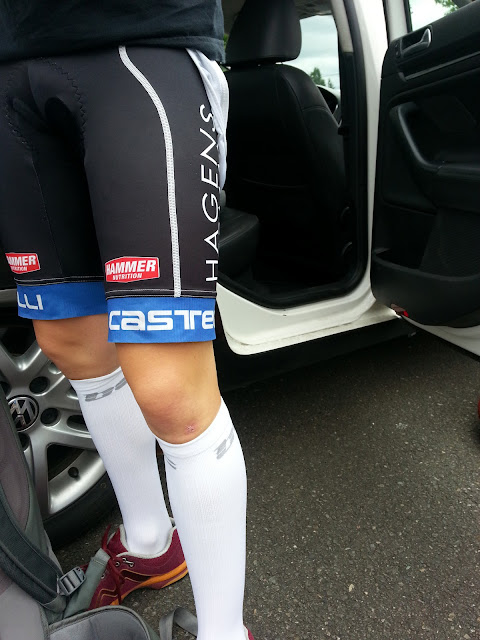 The Garage guys parked next to us. They win the "Cool tshirt team" award. 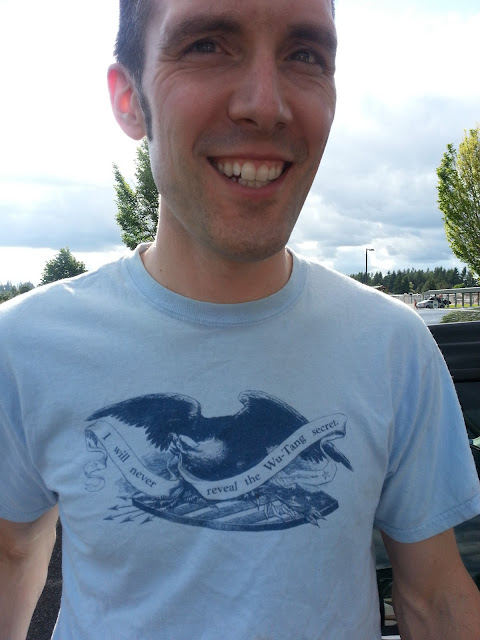 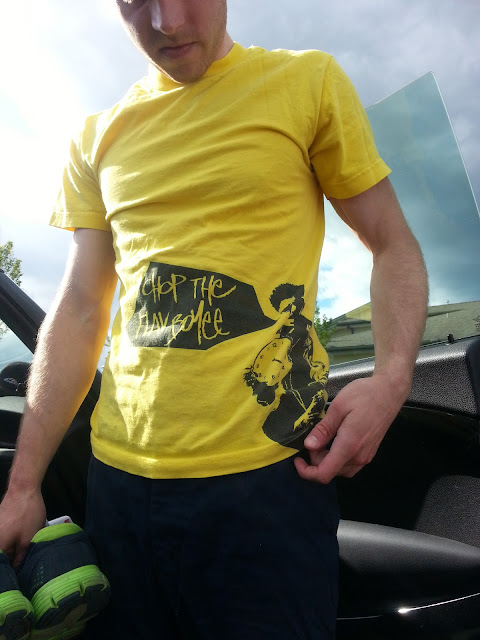 Thanks for all the cheers out there this weekend. Next up is the Ballard Crit on Saturday. This race is Crazyyyyyyyyyyy.

Also, if you were wondering. Here's the creature I channeled this weekend: 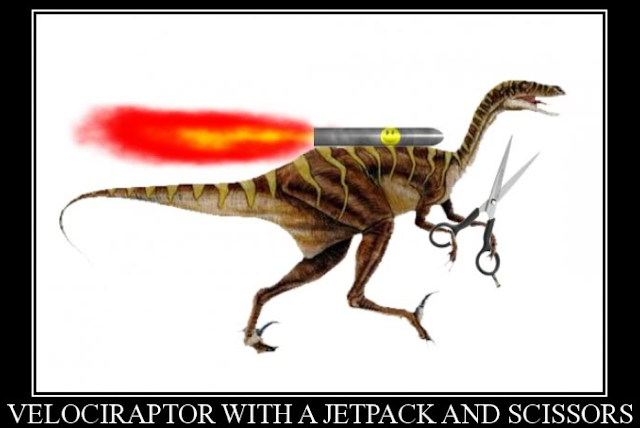