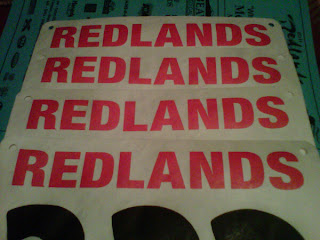 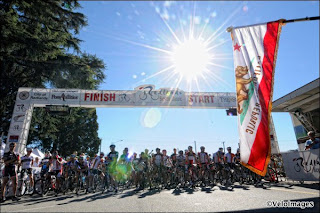 NRC race #1 is DONE. The Redlands Bicycle Classic finished up yesterday evening and it was certainly a great start to the NRC season. The start list featured 207 men, which is astronomical. The field was deep, with Fransisco Mancebo taking the overall win. Cycling fans may know this name as a former best young rider at the Tour De France,  two times on the podium at the Vuelta a Espana, and a fourth at the Tour De France. I was going to list some other big name riders who raced but I realized I didn't know how to spell Venneth's name. Oh, also Alexi Grewal raced. But like Sam said (aka Krogg)-


"KROGG CATCH AND PASS FAMOUS CAVEMAN IN RACE TODAY! ALEXI GREWAL, WINNER GOLD MEDAL IN OLYMPICS, KROGG SMASH!!" - Sam J twitter
I also beat Alexi. So by my skills with logic, I could have won the 1984 Olympic RR, regardless of the fact that Alexi is like 60 now.

The problem with a 207 rider field is that one small pack fodder like myself doesn't get many photos taken of him, and when you don't have a personal photographer following your team around (wingerstudios.com), there aren't many photos.

This race was HARD. Here are some things I need to work on, in no particular order.
Now writing that list may make it seem like I probably should pick up a different sport, but since I didn't win, there are always vertical gains to be made.

The prologue... Was it worth it to ride the TT bike? The course was slightly uphill for a couple K and then really steep up for the last K and a half. It was hard, I drooled, almost threw up, coughed, went fast in some sections, slow in some others, caught a guy, didn't get caught, and finished directly midpack. Which happened to be in the triple digits, which at first glance was underwhelming, but since my goal was midpack, 104th out of 207 just about succeeds in that perfectly. It was HOT! If you've ever done a trainer workout while cooking a pizza, with your head in the oven, that is about how it felt. But maybe more realistic if instead of pizza, you were cooking tires and garbage, because that is what the smoggy LA air feels like.
Stage 2: 120 Mile Beaumont Road Race 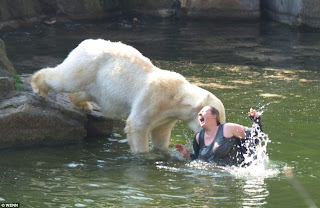 Beaumont was B-E-A-U-hot. 100 degrees on the pavement. Since I knew front row starting position was going to be incredibly critical for such a long 120 mile race, I made sure to line up near the front. Here is the only picture I've been able to find with me in it.
I was sure lucky I staged near the front, because since I had never even ridden my bike 120 miles, let alone race it, I wanted PLENTY of time to sink backwards in the pack. Sarcasm aside, I was a bit nervous about having a bad start spot due to the fact that 200+ guys were still in the race, and I wanted to have the least cortisol inducing race as possible. Unfortunately, that didn't work out so well, as less then 5k into the race, when we were going 35+mph downhill, several guys crashed infront of me. I ALMOST saved it, but landed promptly on my butt and slid for quite sometime. I would post a picture I took of my road rash, but I don't really want pictures of my a$$ on the internet, so use your imagination. I got up, chased back on, and raced the next 117 miles with ripped shorts and my ass hanging out. I got some pretty funny sunburn from the rip in the shorts. I got dropped on the last climb maybe 10k from the finish and lost about 4 minutes. 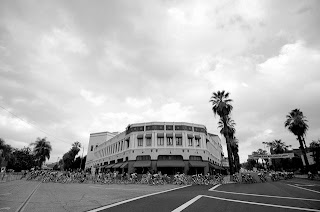 The crit was fast. And very dirty. I don't really know what the front of the race looked like, because it was usually one street infront of me, but I did successfully tailgun. I was having some serious body issues from my sudden sitdown at 35mph in the previous stage, and I was just trying to fake it and make it. I succeeded. Also, Tela came and watched! 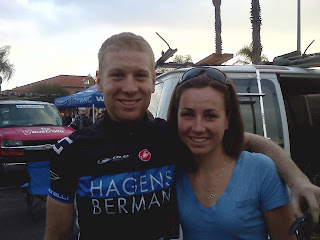 Sunset was brutal. This stage was impossible to fake and make. This video is almost unrelated to anything, except it is of a burger that was being grilled for Lang to eat. Every drop of grease followed by flame burst is what the race felt like for the first 10 minutes, then the huge explosion of flame was me trying to keep up with Mancebo up the climb. I already talked about all the turns on Sunset but what I had no idea about was the entrance into the loop itself. We did two laps on the crit course and then went up a long wide gradual climb to the loop, where that in itself was really difficult. Then we turned, and started climbing some more. It was fast. I was lucky to be in a pretty big group for most of the race, somewhere around 20 riders. We would pick up stragglers, and drop some guys, but we stayed at 20 for most of the race. The race was 12 laps of 6 miles. To not get time cut, you had to do 4 laps without getting lapped. My group completed 8 laps and got pulled at the start of our 9th. 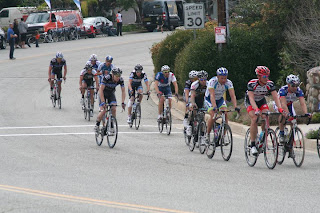 I ended up finishing 109th in GC. Which when compared to people who finished, it is quite a horrible result, but out of the people who started, it is still just about midpack. I was happy to finish given my polar bear attack at the Beaumont circuit race, and I think that I had some serious gains from the weekend, both mental and physical.

But enough of this bike race talk! Check out what we do when we're not racing!

Well, back to school and Bellingham weather. 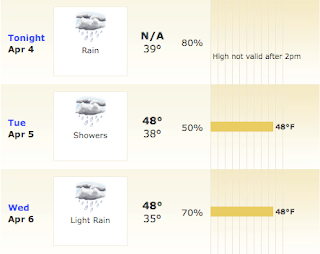