Traveling for JUST criteriums! Could anything be better? Not even one foolish uphill TT to worry about!
The Hagens Berman Crit team convened in St. Louis MO (money mo problems) for the three day weekend of Tour De Grove. Spencer and Dan came from Joe Martin Stage Race and Steve and I came from class on Friday-to the airport-to the bike race.
The three races were: The Midtown Rally Grand Prix, The Tour De Grove (NRC), and The Dutchtown Classic. I happened across a diagram on the internet that summed up these races quite nicely. 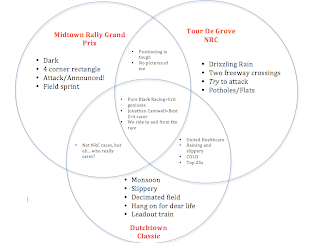 I tried to analyze this further-
We were without a car on this trip, so all transportation was done in the way of the caveman- On Carbon fiber bikes and Deep-Dish carbon Tubulars. That meant that we would be riding in the dark on Friday. Our 75 minute race was set to start at 9:30. It was an hour bike ride. That means we rode home at Midnight (This ride included a grocery store stop for nourishment!) 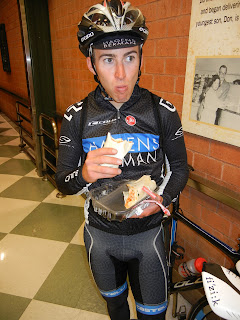 The race was a simple 4 corner rectangle. Long straights with a tailwind finish section. Mach 10 down the homestraight, then 40 guys wide into the headwind. Repeat. I jumped into the headwind one lap and bridged solo to a group that had two PureBlack guys (more on them later), two V Australia, and one other guy. I was pretty stoked on this, as we were announced as the first significant break of the day. Several laps later that was caught. Then I got excited again and pulled through the finish line and up through the next two corners two laps in a row. Then, in a hopefully unrelated incident, I watched the finish from around 50th wheel as I couldn't figure out how those crafty men go through such small gaps. 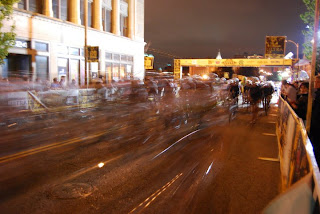 Saturday was the NRC race. That means there was 15times as much prize money up for grabs as the day before, and this also means that United Healthcare came and raced bikes. They are much better then everyone. Except for maybe the crafty geniuses that are the Pure Black Racing team. These dudes from NZL race every race perfectly. They do not have the strongest guy/best crit racer in the field (That's Jon Cantwell, Aussie natl crit champ), but they do have 6 of the best 10 guys. Which means they go crazy. Which means they won. Today, Pure Black out raced UHC. Hagens Berman watched from 20th wheel. Today I was more capable of moving around and after 9 guys got up the road, I was setting myself up for the field sprint. Turns out a lap and a quarter on a 1.8 mile course that crosses over two freeway overpasses is actually quite a long time, and 6th wheel with 2+miles to go doesn't turn out well. I finished 25th, 5 places out of NRC points and money. 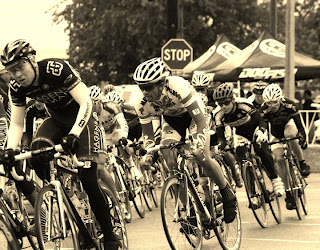 On a side note, there were so many potholes and sections of rough pavement on this course that the TWO pits on the course both ran out of wheels. So when I flatted with 25minutes to go, the neutral mechanic apologized and told me that my race was over. I then found a wheel strapped to Dans backpack, returned to the pit, and was let back in after a nice break. When I was being set to get thrown back in, a rider came in with double flats on clincher wheels. The mechanic put tubes in both of them!

Sunday was mind boggling difficult. We started with ~100 guys, and after UHC rode really fast through the downpour and slippery corners and up the hill for 20 minutes we were down to 70ish guys. Then it got harder and there were 40 guys, then finally 32 guys. I made that front split and tried my darndest to not lose but I could only manage to beat 10 of those 32. UHC had all of their guys in this front split (because they are better then everyone) so when they went to the front with 6 to go to lead out their sprinter things became one straight line. I passed around one guy a lap, and that was all! I ended up 22nd in the "bunch sprint" and only two spots out of the money. I then sat on a doorstep for what felt like an hour staring at a wall. 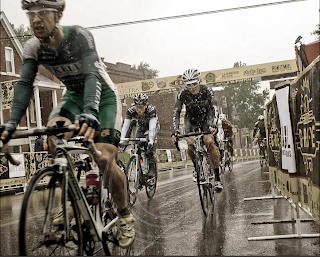 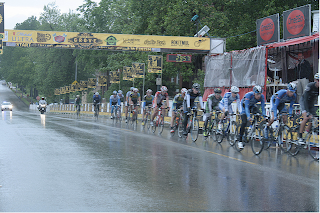 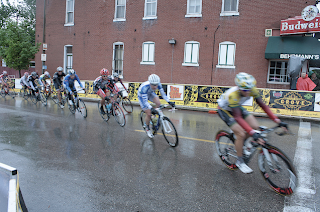 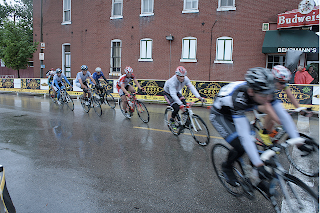 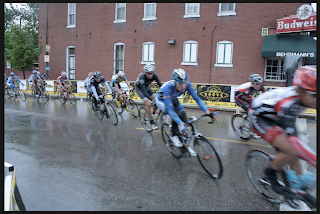 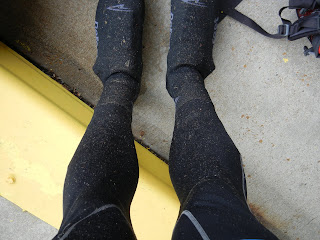 We were all mentally prepared (and by that I mean all were ready to cry) to ride the 17 miles to the airport hotel after the race, but luckily the host-housing coordinator Amy offered to give us a ride! That saved us probably two hours of emotional trama! It was a tight fit in the car, but I was willing to hold a bike out the window if it meant us not having to ride to the hotel. 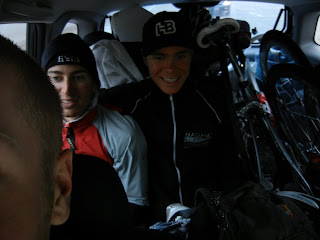 Crit school was good fun and highly educational and I'd like to go many more times please.
Tweet
Posted by Ian Crane at 9:47 PM