Observations: The Fame, The Shame, and The Glamor

A half of seasons worth of discreet studying of the species troglodyte fashionciclista of the genus Collegiate of the family Cyclist has came up with some pretty convincing data. All of this has been carefully noted in spiral bound notebooks with ink & quill and cataloged alphabetically. Luckily I received a grant from an anonymous philanthropist and have been able to transfer these catalogs so they are also readable digitally.

Observation One: THE SHAME
The troglodyte fashionciclista is stereotypically poor. Technically, based on my research, most members of the family Cyclist fall into the poor category. However, the addition of the genus Collegiate adds a new level of financial crisis to the story. I can understand. I spent $180 on two paperback textbooks. Really! So with all respect to the players who want to play, there IS a line, regardless of your financial situation.

Have I lost you? I am talking about eyewear. Mad respect to the people who, instead of paying rent, buy a pair of sunglasses to accent their respective team kits. Specifically, Oakley Jawbones. But please, DO NOT WEAR THESE AS CASUAL GLASSES. I understand your financial situation does not allow a purchase of casual glasses. But until you hustle for some Smith Optics Vanguard, you should squint in the sun while outside in public. Believe it or not, wearing blue jeans, a white tshirt, and half Yellow and half Lime Green Jawbones to the Noodle Factory does not win you style points. Here are some examples. 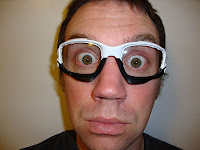 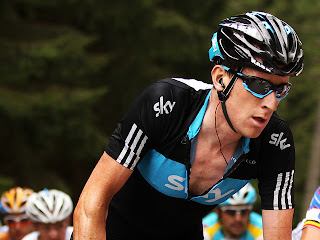 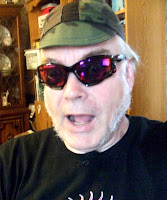 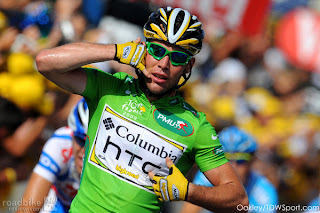 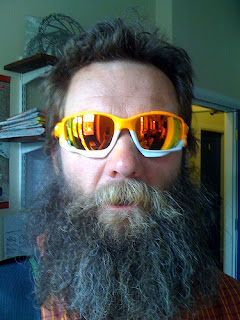 Observation Two: THE FAME
Now that you have your Jawbones, you must have a specific walk. Much like a gorilla dragging their knuckles on the ground in the search for bananas, the troglodyte fashionciclista has a specific goal when walking around the hotel talking about power numbers, or in the rarest of situations, 7 hours after an awards ceremony, still wearing their chocolate covered medal*.

This walk is noticeable from blocks away. Not to be confused with the "my chest cavity is so huge I can't walk normal" but this walk is the "I can't be bothered to be around these people, because I am the best". Commonly, the walk will be accompanied by three to four adoring fans who follow 2-3 footsteps behind.

This walk emits such power, such heroism, that it is shocking that these offenders even need to pedal their bikes in the races! Based on statistical evidence- 87% of people who do the walk also baby oil their legs before every race, 74% have a self given nickname like "Thunder-man" or "Captain Amazing", 68% wear Jawbones casually, 48% wear Ed Hardy clothes, 27% train, and 1.8% are actually good at bike racing.

Enough of the statistics! How will you spot this at your next event?


+
It's like if the Swag walk and the Monty Python walk met and had a baby.


*The walk tends to stick with the people who get 37th, 48th, 71st, and crash sprinting for 93rd. However, at times there are exceptions.
Observation Three: The Glamor
Not all observations have led me scratching my nose and furiously dipping my quill back into the ink for more frantic writing. The troglodyte fashionciclista has mastered the art of personal grooming. Mostly in the sense of hair, but at times, clothes as well. No hair style too crazy, no outfit too extreme to wear to the awards ceremony (both classy and... opposite of classy), and no limits on the creativity. 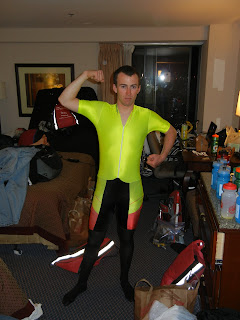 Off for more research.
Tweet
Posted by Ian Crane at 8:48 PM