Get Rich Edition I think 7

Got a handful of stacks
better grab an umbrella
I make it rain (I make it rain)
So many future plans lately, it's been thrilling. Breaking news for all the people concerned of my well-being, we have turned the heat on. Exciting news! Now it's socially acceptable for me to walk around wearing... use your imagination.

BUT although the heat is on- making my movements slower, more comfortable, and less labored- My mind still races with ideas on financial stability. This is real folks. How can I roll around in piles of money?

1- Children's Story
Word! I'm going to pen a FANTASTIC children's book. It will likely be a 16-book series so that parents are forced to buy their kids every single book. And the resulting merchandise from the book!! That will be nice for my profits. The plan is to make this book really exciting with adorable yet relate-able characters. I will absolutely definitely not pay someone to illustrate this book, why would I want ~30 percent of my profits going to some Kook artist that doesn't fully understand my vision? I'll do the drawings myself. Ok, so I figure each book is going to bring in roughly $45,000. So if each of the 16 books makes that much, I'll bring in $720,000. I'm going to give 25% to my agent, because what sort of hooligan wouldn't. So that leaves me with just a hair over 1/2 a million dollars. SMACK. Then add in the profits from stuffed animals, action figures, posters, and maybe movie deals? We're looking at somewhere in the region of 1.3 million dollars just from the children's novel alone.

How long could you live off of 1.3 million dollars? An excellent long time.

2- Cran-ye West
That's it! I'm going to be a Kanye West impersonator. Not many reasons why him over someone else, other than the fact that I know the words to lots of his songs and the My Beautiful Dark Twisted Fantasy album was SICK. Let's be honest, the real 'Ye can't be bothered to make appearances at kids birthday parties. 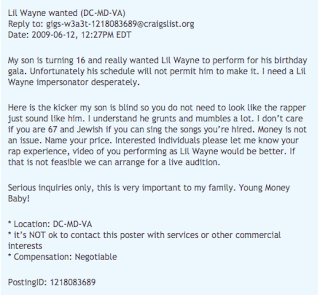 The financial statistics, here is what you really care about. My estimates are based off of this chart- 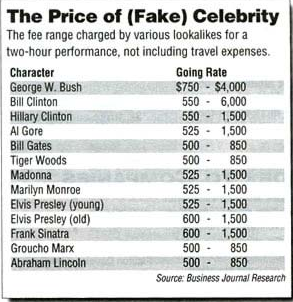 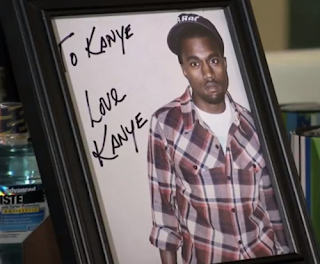 With just these two, I'll be bringing in about on the positive side of 2 million dollars a year. I'd definitely buy name brand cereal with that change. This a fast life, we are on a crash course. What do you think I rap for? To push a f***in Rav 4?
Word to Martha Stewart, if I could park a buick
Then I could flip a Brinks truck- I got the heart to do it
Tweet
Posted by Ian Crane at 4:30 PM