I really like words. I don't really know too many words, other then to describe myself as a Xanthochroi. But no biggy. Actually though, words are pretty cool- You can use them in whatever way you so choose, and you can't really be wrong. I don't mean wrong in a grammar sense, their our the haters (that was on purpose FYI for you're information) (that one was also), but I mean wrong in the sense that a person can combine any set of words to get an idea across. That made no sense, but it's not important! With words I can pretend like I know how to properly get an idea across, and it doesn't matter. These words are mine! Words are like clay, they can be molded however you choose.

Truth be told, this word-madness came about because a post I did from April got a lotttttt of unexplainable views this past week. I'm not really sure why- It's a GREAT representation of me, but not really relevant to much. This post leaped back into the hit-counter and I was somewhat inspired. Only somewhat. Then something amazing happened!

Inspiration is a crazy beast- 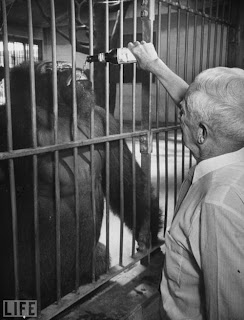 Give a Gorilla a beer and he's going to be inspired.

Inspiration hit me this weekend when I got a incredible bottle of... hot sauce (not beer). I really like spicy foods. The small problem is that most spicy foods don't really seem 5-star spicy to me. I order that at Thai restaurants, they cry, resist, say my Xanthochroi genes can't handle the 5-star. I demand, threaten, and plead my case. Finally they bring me the 5-star, wish me luck, and leave. Then I gobble up my Pad Thai as if I was eating a bowl of oatmeal. No problems. 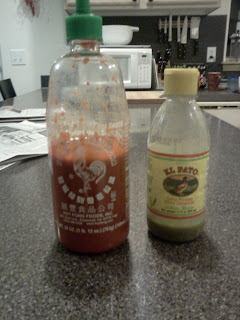 The sriracha was a good opponent. For roughly two meals. Then I had to keep adding more and more until my nightly meal of rice, chicken, and vegetables was died red with the rooster spice. The green tastes good, but it's basically a dessert hot sauce because I notice no spice.

But then something happened. 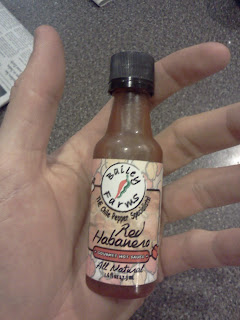 I believe it or not got this from my mom, not from some seedy potion dealer in the alleys of downtown Seattle. I was instantly attracted to this because of the size. If it's sold in such a small flask, the suggested serving must be one to two dropper-fuls. So my serving should be about 1/2 a bottle. I tried some. A tiny drop. On my tongue. Burning. Flavors. Stinging. Tearing eyes. Sobbing. Guzzling jugs of milk. Sucking on ice cubes. Celebration. Another drop. Love.

I just can't express my happiness with only one way of writing. So I give you WORDS <3

Basically
All
Ian
Loves
Excludes
Yesterdays
Funny
Aromatic
Raisin
Muffins
(I really like this type of poem because it never really involves what you actually are trying to talk about. It's like rap music. Speaking of....)

Roses are red, violets are blue
I'ma eat this whole bottle tonight
And you're not invited
Country Song (read to yourself with a twang. You absolutely better or else it will sound like everything else)-

I was ridin' my horse, every day, when a poor man came up and asked the way
He said he was lookin' for a place, a place in town, where he could fix his god-awful wayward frown
I gave him a smile, flashed my charm,  and sent him towards Bailey's Farm
Now he's happy, and thats the truth, so I got off my horse and put on my boots
Chorus- Hot sauce is the greatest, it goes well with my food, I put it on everythang yup it puts me in the mood, I said the peppers start my engines yup they lasso my desire, so I rope up my horses, call it Chariots of Fire, Cuz I'm a rebel of the days, I don't leave nothing for the news, I'm a one man army without my pal Jesus (hey-soos).
Simple.

Right, and that's all that I've got for you. If there are any poets out there, feel free to comment with some additions! Cool!

And since I haven't talked about bike-pedaling once. I did that with David and Lang this weekend. It was a monsoon, and David didn't wear a rain jacket, so that means the weather wasn't that bad. Also, I attacked the neighbor kid in a race. And I won. 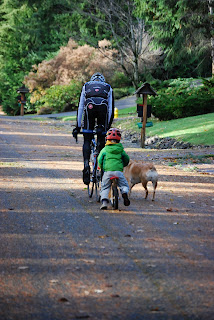 Ttyl brosTweet
Posted by Ian Crane at 11:16 AM