Here's something that I enjoy


I took a class in highschool called "Cinematic Visions". So basically I'm an expert on what I'm about to talk about.

I've got a skill that I feel very comfortable bragging about. I am VERY good at watching movies and television. Sup. I mean, I can just sit down and watch something- no planning or special steps taken or waivers filled out. There are lots of things that I love about movies and TV: their ability to transport you to a foreign or exciting land, the opportunity to place yourself into a life that you may never have the chance to live, the gift of humor and entertainment, and perhaps 1.7 million other reasons.

I like all of those 1.7 million reasons (except the scare yourself silly one), but there is one aspect of film and television that I feel comfortable saying is my favorite. That ladies and gentlemen, is when you see an actor or an actress with a very recognizable role for one style of character play something completely opposite of their popular depiction. There are lots of these extraordinarily special moments, and I've been noticing as I become older, more mature, and less busy with activities such as "school", I also proportionately become more aware of these gems. Let's stop stalling and dive into my favorite film and television juxtapositions: 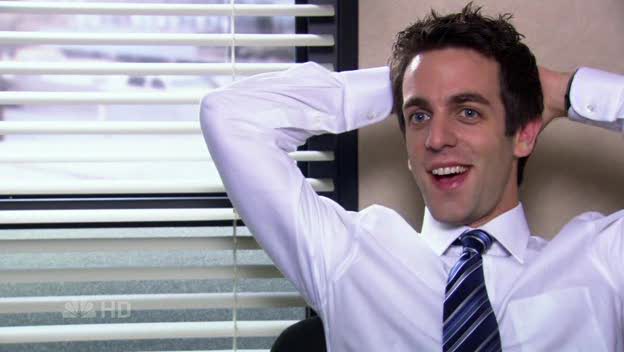 This is Ryan from The Office. For those of you unfamiliar, Ryan is the cool, baller, suave, young, hip, better-than everyone... intern. Who eventually becomes the boss, but gets fired because he spent time being awesome.  I do not want to explain every show and character to you, but Ryan is a cocky hombro.

Now let me introduce you to Pfc. Smithson Utivich. 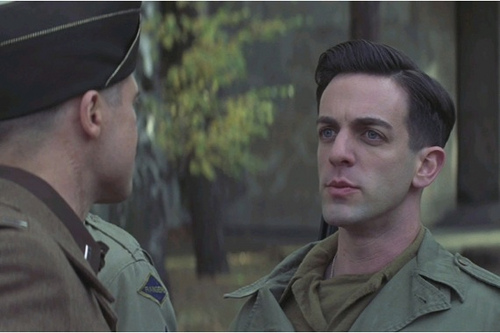 Next, America has been captivated by a TV show about many different families. The arguable star of the show is an actor by the name of Ty Burrell. 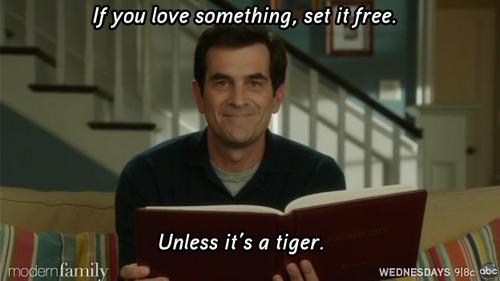 Phil Dunphy is the loveable loser on the show Modern Family. He's unaware, tries very hard to be young and hip, and used to be a cheerleader. He exercises with those elliptical macine bike things and is usually the cause of the laughs on the show.

But BAM, here I was, watching Black Hawk Down, a haunting true story about a group of US soldiers trapped in hostile Somalia. Try and take that terrible situation and extrememly realistic/violent film seriously when Phil Dunphy is next to Josh Hartnett manning an AK-47. It's difficult.

Next, let's look at the goofy fat guy. Hey-o! Randy from My Name Is Earl. The bumbling idiotic brother of the show's main character. 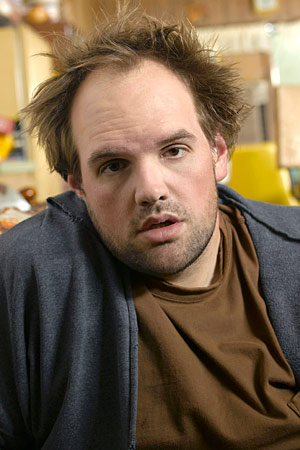 But have you spent any great amount of time with the movie American History X, and met Ethan Suplee's character Seth? The evil neo-nazi who poorly influences an impressionable child? 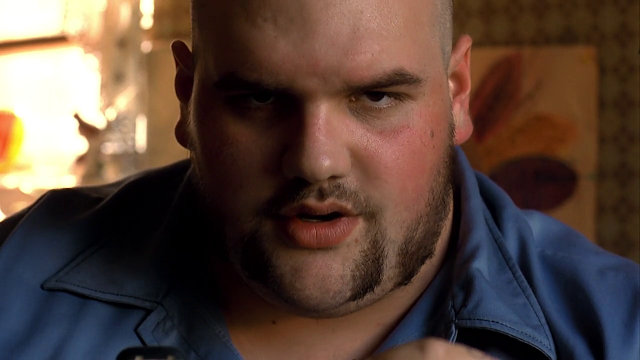 Ahh, community college. Or, Community, a show that at least for a couple of seasons used to be funny. There are many shining stars on the cast, but Danny Pudi is my favorite. He plays Abed, a boy trapped in an adult's body who loves games, pretend, and acting like Batman (different than pretend).

But, like any good actor, you have to start (or end) your career somewhere. And Danny Pudi took a road trip and saw bewbz and got drunk. 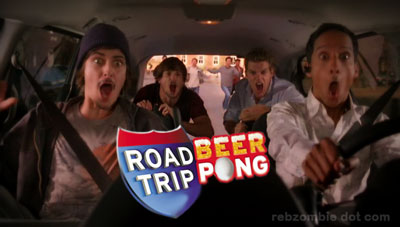 When an actor has been famous for basically their whole life, their defining roles may differ to the viewer. To some, Rob Lowe may be famous for his Brat Pack days. For others (at least me), his career has become LITERALLY notorious for his portrayal of Chris Traeger on Parks and Recreation. Chris is an athletically-obsessed health freak, who takes great enjoyment in LITERALLY everything he does. He also says LITERALLY alot. LITERALLY every scene he is in. 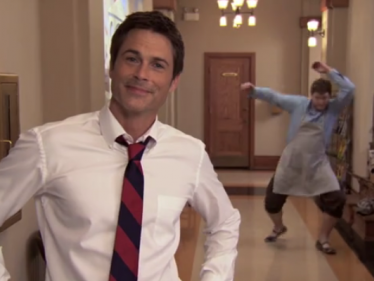 I'm sure there are lots of films that Rob Lowe has been in that contrast this. But I haven't seen them. However, recently I watched some movie on the Lifetime channel. Awkward, I know. I watched Prosecuting Casey Anthony, a made for TV movie focusing on that very well-known trial. Rob Lowe played the prosecuting attorney, Jeff Ashton. He didn't say literally once and I was SO confused. Also, the defense attorney in this same movie was played by Oscar from The Office. That's right, the quiet, never-stand-up-for-himself Oscar played the role of the attorney who got Casey Anthony away with murder. 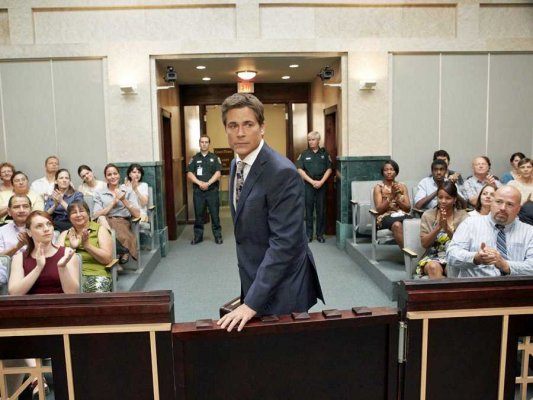 There was a reason I went in this order. I love making full circles. As you can see, I went from The Office, to Community, to Parks and Rec, to Casey Anthony, to The Office. I'd like to take this time to quote a great poet:


The shit I'm doing this year? Insanity.
Made the beat then murdered it, Casey Anthony
-Childish Gambino

Let's close this circle. Childish Gambino is the rap pseudonym of Donald Glover, who plays Troy on NBC's Community. Donald Glover writes for 30 Rock, which stars Tina Fey, who was on SNL with Amy Poehler, who plays Leslie Knope from Parks and Recreation. So when Childish Gambino raps about Casey Anthony, who was the subject of a movie acted in by Rob Lowe, it brings us back to Parks and Recreation again. If you look closely at the photo of Chris Traeger, you see a man jumping in the background.

That man's name is Andy Dwyer. 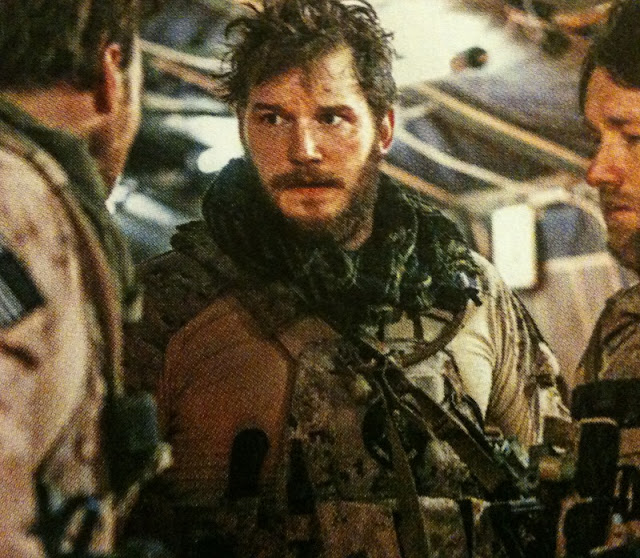 That's right folks. Andy Dwyer was the man in Zero Dark Thirty. I'm sure all the people who do not think OBL is dead jumped aboard this train to try and disprove the gov'ment, because let's be honest. How could OBL be dead if it was up to Andy Dwyer?