Here's what I learned at College

While reading this, it's important to understand that I for sure learned a substantial amount of textbooky information while I was in college. I'm somewhat afraid that this will come across differently than I intend, so let me get this out of the way first: I am unbelievably grateful that I was able to pursue an education at a University and feel very lucky for that opportunity. I'm quite glad that I did not choose to drop out any of the several (dozen) times that I threatened to and the last 4.3 years were of great use for my personal and educational growth. 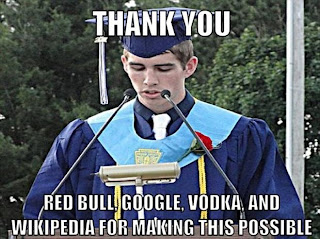 I'm just kidding. Everyone who knows me knows that bedtime in college was 9 o'clock. If I was living dangerously, 9:30.

So yes, I learned and was taught over 46 months of sitting in a classroom, counting the days (~1380) until I'd be done. What I seem to have overlooked while I was either A) angry I was in class or B) tired while I was in class or C) [not] texting in class, was the fact that school sneak-attacked me and there was NOTHING that I could do about it. No matter how many homework assignments that I skipped or textbooks I chose to skim read in those roughly 496,800 minutes that I was in school, I still left college thinking that I had greatly improved upon my life. I left with a plethora of skills and new understandings. Although these were not entirely what the school system wanted me to learn, I graduated from WWU with a whole array of new skills in my back pocket. Because you cannot access your front pocket while wearing a cap and gown. Here's my list of the most important things that I learned while at college:

I was like you. A broken-eggshelled hooligan. Ruining my scrambled eggs one too many shells at a time. I knew something must change or else I'd be an egg-failure the rest of my life! Enter Benjamin V Rathkamp, a new roommate into the household. You see, Ben knows a thing or two about eggs. In fact, he specializes in eggs, fruit plates, and Call of Duty. Ben is responsible for teaching me how to crack eggs one-handed. Now I can crack eggs one-handed, dual-handed, right or left handed, into the pan, into a bowl, impress my friends, behind my back, Benihannas style. No longer do I crush the eggshells with my gorilla arms (in hair, not strength). No longer do I Randy Johnson the egg into the pan, exploding the shell into one million pieces. 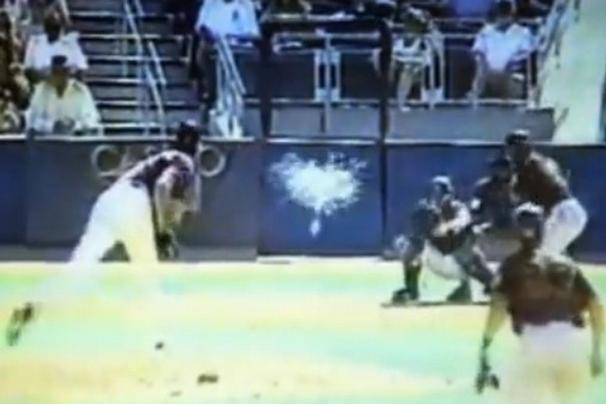 2) I've already touched on this here but I'm going to play with it again because it is a lesson that I've learned in life that essentially boosts my street cred and street smarts to a level far above non-college graduated folk. One of the most useful things that I learned tromping around the campus at university was how to navigate crowded spaces. You are faced with many tasks while in college, the strongest of those being getting to the bus on time. Leaving classes for the day was always the hardest task that I would encounter at school :) :) :) :) :) :) :)

3) I've grown while at college. Actually technically I've shrunk because I stayed the same height and was fat in 2008. So I guess at college I learned how to be skinnier. This seems to make sense, because the third thing that I learned while at school was the absolute deliciousness of asparagus and brussel sprouts. Turns out that these things are the complete opposite of the heinous thoughts that I had about them prior to becoming an adult at college. I mean, I became obsessed with vegetables while at college, but the rest of 'em I liked enough already. I HATED asparagus and brussel sprouts, but now I want them. Right now. 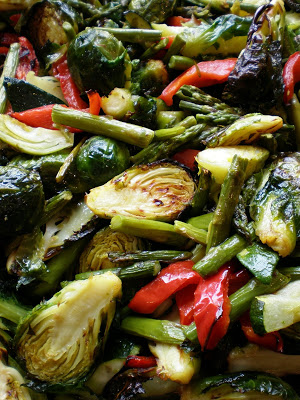 If that doesn't look like a party I don't know what does.

4)  While at college I crammed in roughly 12 years of driving experience into the four and bit years that I was there. Sorry world, but my rough calculations have me at driving ~47,000 miles during college. Not counting trips to bike races. I won't talk more here, since I talk about driving a lot on this blog. The number four thing that I learned at college was how to be a better driver.

6)  As I'm writing this, I keep thinking of things that I learned while being a student. Which is a good thing, right? College is about bettering yourself, and I definitely got that out of my education. I really don't see myself using my degree at any point in the near future, and I have come to peace with the fact that that is fine. The hardest part of college for me was feeling like it was useless. I want to bike race, and I want to do that now. I saw no point in learning about stuff that did not apply. As I grew, college became less of a mission that I was forcing myself on to get a degree, and more of an opportunity to better myself as a whole. Don't get me wrong, there were moments last quarter that I thought about how useless the things I was studying were, but it was less holistic. I finally started to see that the important part of college wasn't the piece of paper at the end, but the way that you got yourself to that piece of paper. And as I wrote that I realized the BS behind that too, because really, I'll be extremely glad to have that paper in 10 years when I go to get a job. But college for me wasn't about what I learned in classes and textbooks, but how I grew as a person. That's why the number six thing that I learned while at college is.... that it's important to have nice shoes.

That's right. I'm done being all sentimental and educational. The most beneficial and elaborate thing that I learned while being a student is that tennis shoes do not cut it for all occasions. I went from being a one pair of shoes guy at the beginning of college to a ten pair of shoes guy at the end of college. Once you start getting shoes for occasions, you can never stop.

From eggs to wingtip oxfords, I've grown because of college. So thanks, dude.Tweet
Posted by Ian Crane at 9:20 AM