I can't be bothered to type any further in the title spot. Nice.

Things are happening here in California. Lots of citrus fruits and construction. Speaking of which, I'm going to go eat a grapefruit.

Ok, I ate it. Twas good. Let me tell you about these grapefruits. You see, the Trader Joe's in Redlands is the place to be if you like to eat food. I fit into that category. We went there (twice so far) and I decided I needed to buy some grapefruit, because I, like most intelligent people, enjoy the flavor and tartness of a grapefruit. TJ's offered me the price of one grapefruit for .99 cents, or a huge burlap sack full of grapefruit for $3.99. As if I would've chosen anything different. Armed with enough fruit to satisfy my citrus cravings for about a day, I continued to walk around where I found this: 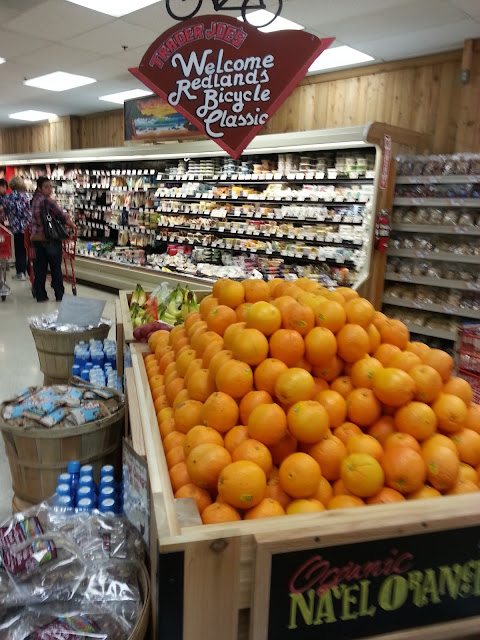 Turns out that all cyclists need to eat are stacked on this island: oranges, bananas, coconut water, cliff bars, and trail mix.

A lot has changed for me while I've been in California! Not only was I welcomed into a grocery store, but I also encountered some small fame thanks to Christopher Wingfield. 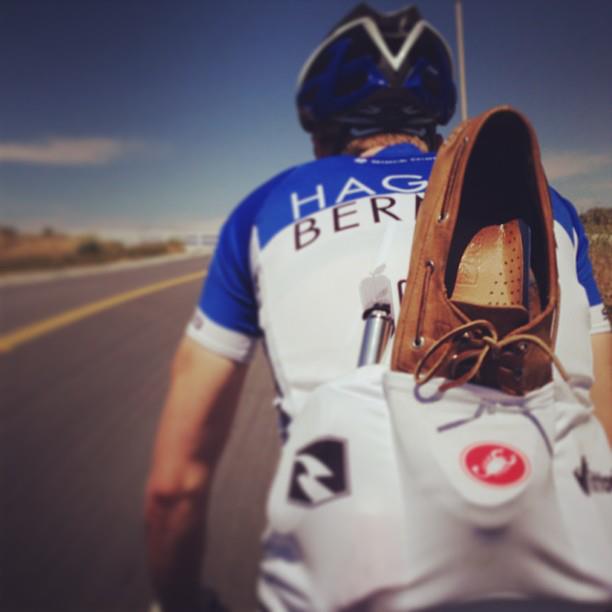 Winger instagrammed the living s out of this s and then Castelli Cycling shared it. Then, my left elbow and apparently gigantic feet became a subject of either A)amazement or B) mockery on the internet. Keeping it real. Bro.

Next, we raced a time trial.

Then we went to a Starbucks!!!! Let me tell you about how exciting this was. Not only was it in a small Bavarian castle, but instead of coffee, they served potatoes! 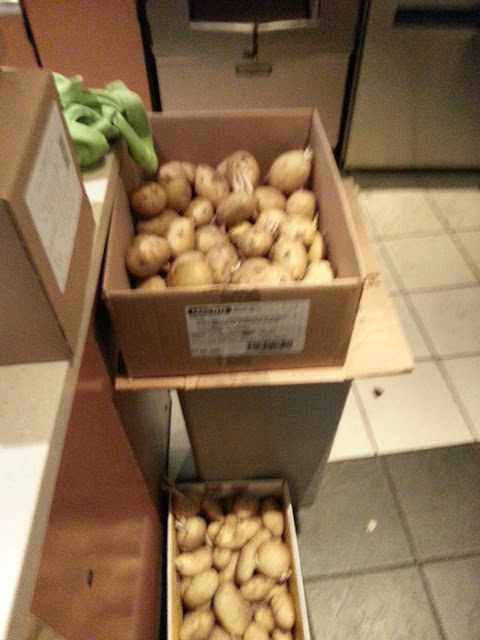 Sorry the photo is blurry. I was so excited by the fact that I could eat a tater with my coffee that I could not keep my hands still.

Here are some photos from the drive back from the TT. I have nothing witty to say about them. In fact, I think I feel a little drunk on thick air right now. The race today was at I think 75,000 feet of elevation, so now that I'm back at sea level I've been choking on all the available oxygen. 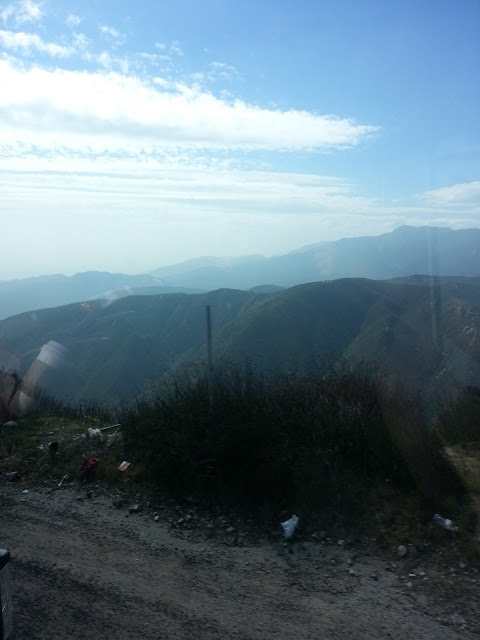 Let's talk bike racing! We drove to the race listening to angry rap. Specifically, MOP. They called themselves Monkeys on Parole in their lyrics, and everyone knows that I love to embody crazy monkeys while racing.

Today we had ourselves a 7.8 mile time trial on a really fun road. There were up and downs, turns, and for Danny, beautiful views.

TT's are very easy to look back on afterwards and find some lost time, but the reality is is that you go as hard as you can, and that's that. I used the same word twice in a row twice in that sentence. Looking back at my TT, could I have gone 7 seconds faster for top 20? Sure. If I could've done that, I may as well have gone another 30 seconds faster to move up even farther. And now looking back on it, I don't think I pedaled harder than recovery pace on the way out so that's looking like another minute. OH! And I forgot to zip my skinsuit all the way, so that's like four minutes extra.

TT's. People seem to love 'em or hate 'em. Ever since getting on my new Jamis Xenith T2 I've been comfortable and loving them. So sure, it would've been great to go ten, twenty, sixty seconds faster today- but the reality is that I went as deep as I could. I'ma keep working on these things and I'll check in with you later. 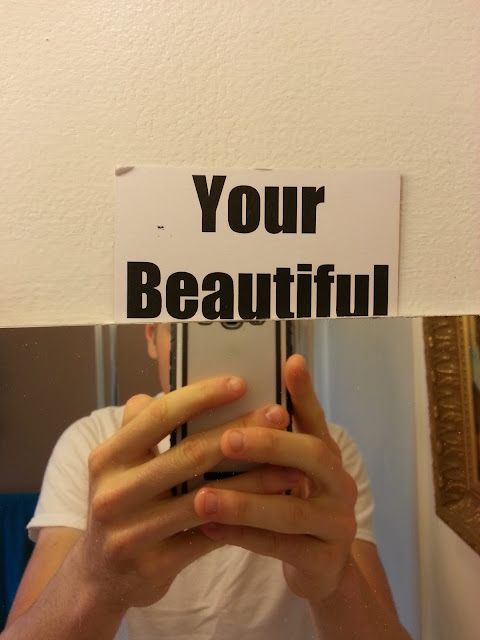 Grammatically incorrect <3 from our host house bathroom.Tweet
Posted by Ian Crane at 6:23 PM