I went from posting day-of stage to finishing up four days late. That's because I JUST finished Sunset loop. I was determined to cross that line so I kept riding.

The real reason for my absence is I've been feeling similar to what I imagine those who live in sarcophagusi (plural of sarcophagus, duh) feel like. Immediately after finishing up Sunset, I ate a really disgusting amount of food with Staz. We did not want to waste it, so we ate it. Sort of like how when after lions are done with their jackalopes, birds come and pick apart the remains. Staz was like one of those birds. I was more refined and used a fork.

Then, with food in the bellies, we got in the van to head North. By we, I mean Alan, David, Winger, Staz, and myself. We then proceeded to drive 22 hours until arriving in Seattle. I slept a total of zero minutes. It's a curse: moving things + me sleeping does not equal success. The absolutely amazing part is I predicted to the minute what time we would arrive back in Seattle from the southernmost part of Oregon. The second most amazing thing is the way that Winger managed to sleep in the car. The third, least amazing thing, is that David drove almost the entire way. Wacky. 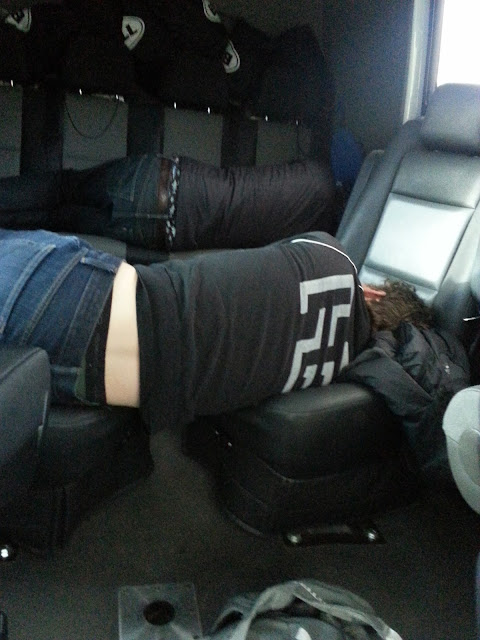 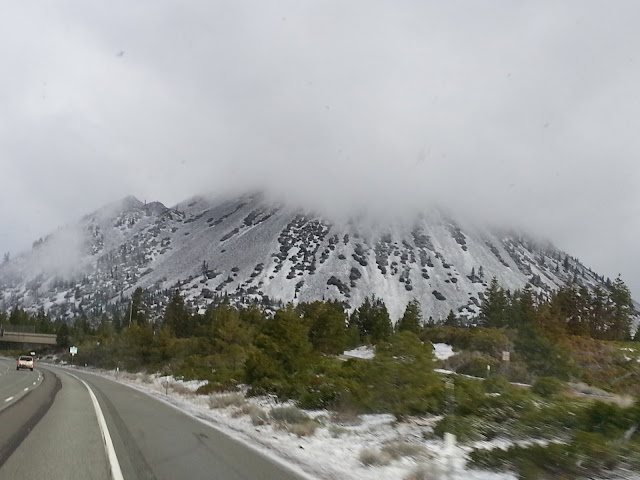 I just realized I never talked about the crit either. It was good fun. I rode top 30 the whole race, trying to save as much energy as I could for Sunday's Sunset torture chamber. With about 3 laps to go I realized I was thinking like a GC rider, not a crit rider. I got embarrassed by that, but it was much too late to remedy the situation and instead of doing something gnarly to participate in a sprint, I watched from a safe distance.

Highlights of Sunday (before I talk about bike racing):

- Seeing Honest Gabe. He's still as nice as ever: 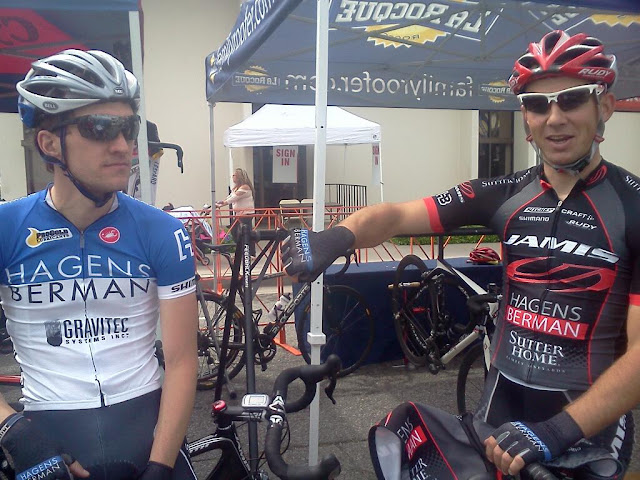 - Our host's daughter had a small gathering of friends over on Saturday night. They were playing some drinking game that involved slamming things against the kitchen table and giggling. Here's a photo of the table on Sunday morning! 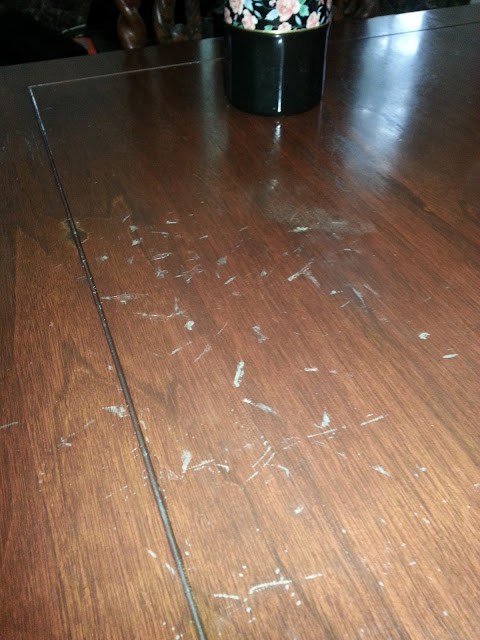 I couldn't get a photo of our host's expression, but this doll in my room summed it up fairly well:

- This was actually Saturday, but while at the coffee shop pre-Crit, we saw this incredible setup. Photo credit to Brad Huff because I couldn't get out of my chair to take a good photo. But you can see us enjoying life in the background: 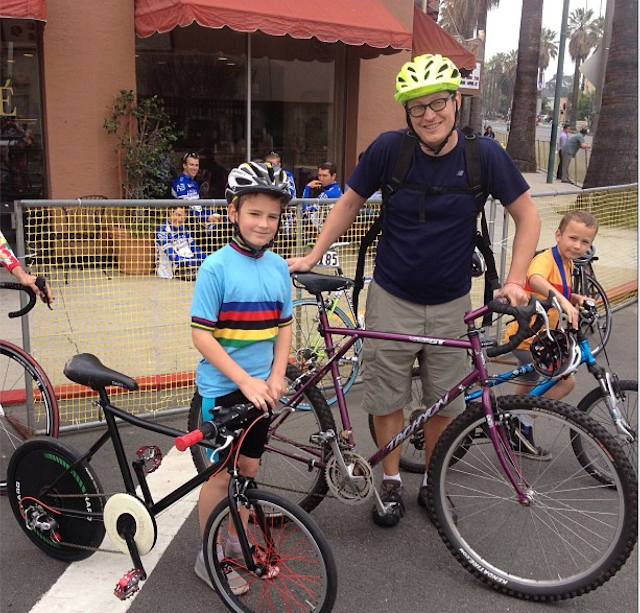 
Sunset Loop is a really tough day in the saddle. I'm just going to go ahead and say that it's the hardest day on a bike in the NRC circuit. You start by doing two crit laps. There are sprint points on both of these laps.

Then, you turn onto a wide boulevard to climb 1100 feet up to the circuits. As soon as you get on the circuits, it becomes a narrow and a technical descent, followed immediately by the start of the climb. On the first lap, there were KOM points AND a time bonus at the top of the climb.

What this means is that positioning going into the circuit is unbelievably important. In the years past, I've been completely gassed before even getting to the climb on the circuits because I was using so much energy staying up front. This was the thing that I was most stressed about going into the stage. However, Chris "I will position you" Stastny told me to follow him no matter what, and that he would get me to the front for the beginning of the laps.

So I followed Chris. We were near the back for the crit laps. Near the back for the majority of the climb up to the circuits. With about a K to go before the circuit, Chris started moving up through the middle, ignored the first swarm, and threaded a tiny needle with about 200 meters to go before the loop. All of a sudden, I was 4th wheel and we headed onto the loops with me in perfect position, fresh, and extremely excited. Chris is rumored to have thought to himself "chillll" as he dropped me off into the loops. Thanks Chris!


I was feeling very confident going into this stage. I had been climbing with the top 15 guys at Beaumont and knew that if I had a similar day that I would be in a position for a good result. I crested the KOM on the first lap in ~10th wheel, feeling relatively comfortable.

Unfortunately, that was as far as I made it. Each lap after, I started to fade and the climb + positioning leading into the climb became harder and harder. About half way into the race, I came off the front group of ~45.

It was just not a good day of pedaling. I did as much as I could and had full support from my teammates, but I could not capitalize.


I initially was really bummed with how things turned out. It was a huge group that sprinted at the end of the day. On paper, I should've been in that group and had a crack at the finish, but that wasn't how things turned out. Looking back on Redlands from the past, I've gradually improved each year. I lasted way longer in the front group than I had in the past, and even though I didn't last the whole race it was much better than before.

I would have loved to have some magical ride, but I am content with how the weekend went. I got my first top 10 at an NRC race and our team worked very well together. There is nothing but positives that can be taken out of our first big race of the year. I expect to see us turning some heads over the course of this season and I look forward to sharing those moments with you.

Next up for the team is the Walla Walla stage race followed by the Joe Martin Stage Race. These are races that I like. I like all races actually. Bike racing is cool.