Lots of exciting things happened at the Tour of Walla Walla. For one, Alan Schmitz paid for four tacos at Yungapetis and in exchange for his currency, received eight tacos in return.
Lets rewind and start from the very beginning. There are many theories about where the earth came from, and since I was a Communication major I do not know about them. So we’ll move on from the beginning and focus on Thursday afternoon, when we were driving to Walla Walla. Due to some logistical troublemakings, we had to take three vehicles to Wine-land. This is not the huge warehouse off of 45th in Seattle, but in fact a colony settled by artists in Eastern Washington.

Winger drove one car, I drove another, and Doug drove the van. Since I’m lazy, I relied on Wingding and Alan’s local knowledge to get us to Walla Walla. Which means that I was in charge of keeping up with Chris’s TDI wagon while I chugged along in the CRV. Which stands for Crane (is) Really Veryawesome. However hard I chugged a long, I’d like to point out that Doug was also going for the caravan technique. Doug was driving a sprinter van. Doug made every single one of the passes that Winger and I made. It’s tricky, like Run-DMC, to maneuver a big ol’ van at TDI speeds, but Doug got it done. This three-car caravan sticking together was a perfect start to the Tour of Walla Walla.

Stage one confused the living hell out of Danny and Staz. It was cold and windy all morning, and while David and I were giddy over the potential of having to start a fire while racing to stay warm, the Californians stressed over future hypothermia. It was 51 degrees.

Stage one was moderate, and the guys were great. A big chase by the HB cycling guys took 1:40 out of the breakaway in the final 20k. Colby and I unfortunately were not able to close the rest of it down in the finish, and we crossed the line in a group two seconds behind the breakaway riders. Important thing to know from this stage: based on my power data, the neutral rollout was the second hardest time up the climb of the race, behind only the finish. 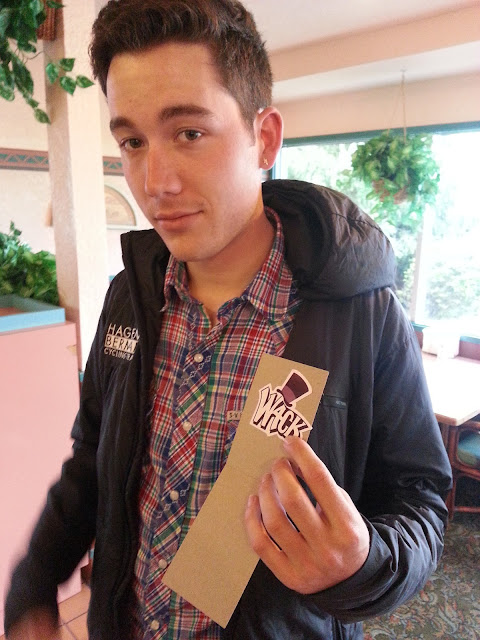 Stage two had us hangin’ in a parking lot like the good old days in high school. The TT starts at Walla^2 C^2 and is an 8.1 mile romp, where going all out I was only able to do a touch over 27 mph. This was the windiest TT I think that I’ve done and I was having a good time fighting the wind while trying to stay aero. I rode a TT that I was strategically happy with and finished up the day 2nd, only four seconds out of the stage win. After stage two, I was second on GC, 18 seconds out of the lead.
Stage three was the downtown crit. We had a pretty simple plan on paper: win the time bonus, win some primes, and win the race. We knew that if I could be up there on the time bonus and finish I’d maybe take the lead, and if not that, scoop up lots of seconds and get closer. The guys, once again, were incredible. We won the time bonus at the mid-point, and after a furious lead-out by Winger/Danny/Staz, David and I passed the breakaway rider (JesseDreams) in the last corner, and I was able to sprint for the win. With that, David sacrificed his record of “My worst place ever in the crit here is 5th”. We rode really well together, and everyone did his job to perfection. That is not the amazing thing however. The real mind-boggling thing was the speed that Staz took David and I into the third-to-last corner. It was one of those moments where you haven’t actually cornered that hard yet and all three of us, and I’m sure the bros behind us, got a little loose in that corner.
The time bonus and the finish bonus got me 13 seconds, and going into the Queen Stage I was 5 seconds behind.

This day started out quite appropriately. I was preparing for the stage in the parking lot. Putting sunscreen on, listening to that rap music scene, and getting in the zone. My zone was suddenly a lot buzzier and more aggressive when the one and only Sam Johnson arrived with an ACTUAL power animal for me. Usually I channel imagined things, only made real to me by my imagination and strangeness. Sam brought me an ACTUAL killer bee. At first, my reaction was mixed. Why would I want to be an insect? For this stage I should be something incredibly strong and evil, like a Rhino that stepped on a lego. Something like that. Sam explained to me that there is nothing meaner than a bee. Nothing more agile than a bee. There is nothing else that's entire existence is to sting you violently. I fully jumped on the killer bee train. I became that creature and prepared to pounce.
We were here to win, and we figured that the best way to go about doing this was for me to win the stage, get the time bonus, and hopefully win the GC. We knew that if I were to win the stage, the only way I could lose GC would be if the current race leader got 2nd on the day.

FF’d 65 miles into the race. A break has gone and is 3:40 seconds up the road. No one is chasing. We take control of the race with five guys on the front. After ten minutes of pulling, the guys shattered the field, leaving only 35 guys left to hang on to the massive tempo they were putting out. They kept it up, each riding outside of their minds to chase the break back. HSP was the only team that helped us chase. There were only three teams represented up the road, but only one team lent us some riders. I’d like to think it’s because everyone was so destroyed by the massive tempo that my teammates were setting. The guys caught the breakaway with 4.5 K to go, and turned their “chase the break for an hour and a half” speed into a “we’re doing a full on leadout” speed. They turned it and burned it, and dropped David and I off within the last kilometer where he perfectly set me up for a 200m sprint. I won the stage, which was Goal #1. Now was the time to see who got second.

It was the race leader.

After 7+ hours of racing and four stages, the GC came down to one second. It is pretty easy to look back at a stage race and think about where I could’ve picked up a second or two, but that is truly irrelevant. We rode incredible as a team, and did what we set out to do. I’m usually pretty anti-GoPro videos in races, but this is one weekend where I wish I had one on my bike. I got to witness some incredible riding and winning two stages to back up that riding was the least that I could do.

Also, I ate a pumpkin and squash curry for dinner on Saturday night. It was really good.