An untapped market. A blossoming sport in the United States.

My name is Ian Crane and I am a bicycle racer for the Hagens Berman Cycling team. For more about the team, please click here. The sport of cycling: deep in history in Europe and growing rapidly in the States ; physically difficult and surprisingly dangerous ; and the perfect medium for display of a product on a growing scale.

In exchange for product support from your company, we at Hagens Berman Cycling team promise to represent ourselves and your company at the highest of levels, but we also can offer the following package of personal benefits:

An untapped sport: Cycling is a growing medium.  A sport where accessories have yet to be considered an option. A sport where something different stands out. Take a look at this following photo. What is the first thing that you see? The looks of suffering on the riders faces? Or the WATCH?


A chance to protect young cyclists: Crashes happen in bicycle racing. G-Shock prides itself on being shock resistant and very tough. When cyclists crash at 40 mph, we have a helmet and a thin layer of spandex to protect ourselves. With the addition of watches to our racing arsenal, we have the addition of something as tough as we try to be. Let me take this time to tell you a personal story. G-Shock watches have saved my life. I crashed in a race, and landed with my arm skidding across the pavement.The G-Shock watch band protected my wrist veins and kept my palms a centimeter off the ground. If I hadn't been wearing the watch, I would have scraped through my veins and bled out in a matter of minutes. Thank you G-Shock! I'd also like to introduce you to David Fleischhauer: The other member of the team part of the current G-Shock crew. David crashed forward over his handlebars, landing on the pavement at 35 mph on his chest, his arms spread out as if he was diving into a base in a baseball game. From elbows to chest to ankle: scraped. Notice that I left out wrists and palms? That's right. His red G-Shock 6900 kept him safe and comfortable as can be. 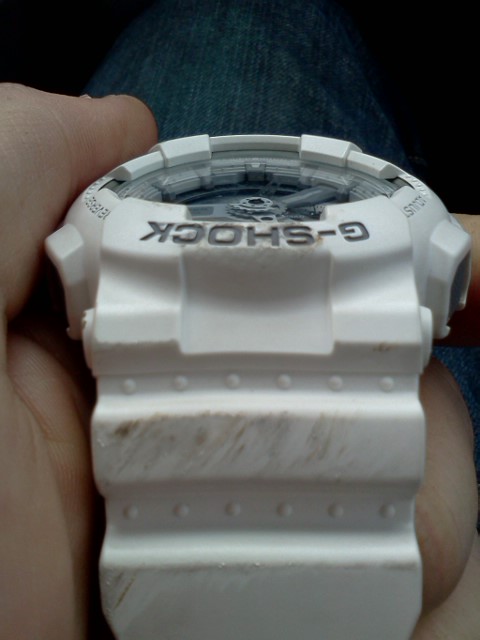 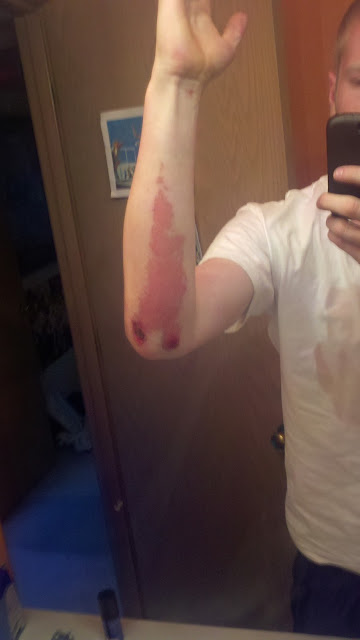 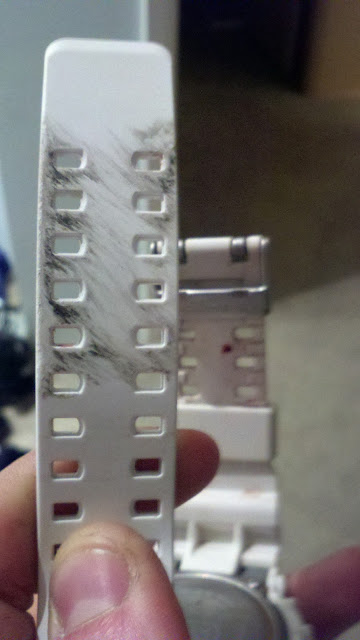 Here is David, post crash. Everything torn up. Nipple, GONE. Wrist and palms? Completely fine. Plus, check out that hint of red that is hogging all of the viewers attention. 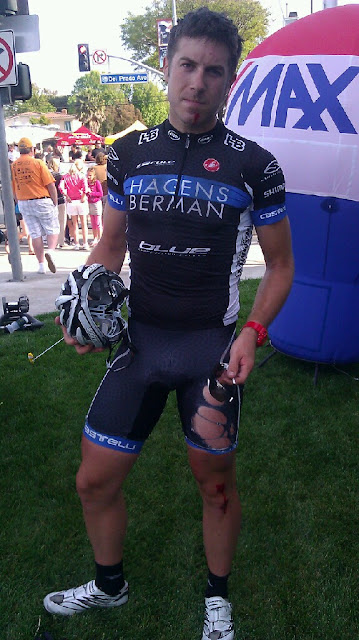 Local and National Visibility: The Hagens Berman Cycling team travels to races throughout the year. These races occur all over the country. We have a large team van that is begging for a large G-Shock logo: 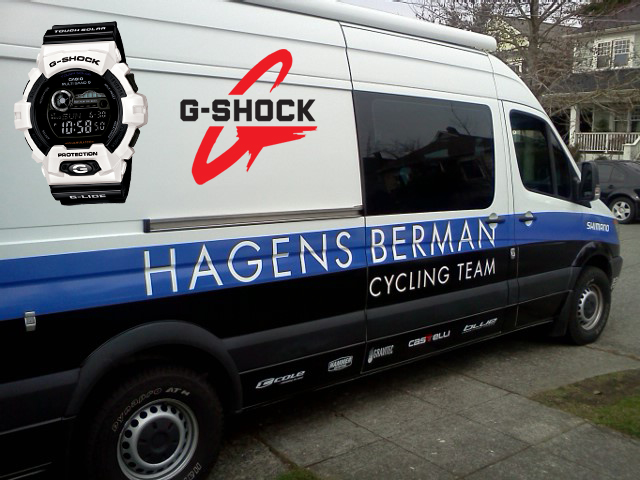 Outside of transportation, the watches will be displayed during the races. I present you with my newest victory salute. I call it the "It's G-Shock Time" victory celebration. By checking the time while winning, the crowds are curious as to what you are looking at. Then, it becomes clear- the large white watch on the wrist. 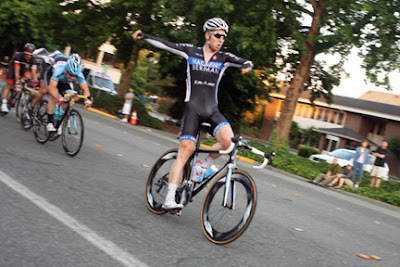 Made aware via victory salute. Excellent!

Lifestyle Changes: Let me introduce you to a new phrase: "G-Shock Time". This is how our team currently asks eachother for the time. "Hey, Ian, what's the G-Shock Time?". "G-Shock Time: 3:57". G-Shock time is the only option for time because we know how accurate it is. With the addition of G-Shock as a sponsor, our riders will expand the use of G-Shock time outside of our team. By using this phrase with our families, with friends, and with random people on the street, we increase the awareness of the Casio G-Shock brand name. Let me share two examples. Recently, the Hagens Berman Cycling team were competing in a race in Vancouver BC. We used the "G-Shock Time" phrase near the start line, and another racer heard it and was THRILLED at the concept. That's right Casio, INTERNATIONAL EXPOSURE! Another situation where "G-Shock Time" was shared with the world was with a woman at a bicycle race. She kindly asked us for the time, and I kindly responded "G-Shock Time 11:55". She misheard me and was shocked, and maybe disgusted. She asked for clarification, where I was able to clear things up a bit by restating "G-SHOCK Time". Now there is a moment and a brand that will never be forgotten by that woman.

Nothing Pops Like a G-Shock Watch: When wearing all spandex, something out of the norm stands out. In the cycling racing community, team uniforms are very similar. With the addition of G-Shock Watches to our racing clothing, our team will stand out as stylish while maintain the functionality that we need as competitive athletes.


This is the ideal time for a company such as yours to start supporting a cycling team. I may already have a watch myself but in order to be noticed as a whole, the team must all wear G-Shock watches. As a nationally recognized cycling team, our riders are stepping up and getting results on the largest of scales. For this sponsorship package, I ask for 50 watches (6900 series) to outfit our team, staff and title sponsors. Please remember that these watches will go to young athletes (and their supporters) who every day strive to be the best athlete that they can be, and with that, the best person that they can be. With this quantity of watches, you allow the riders to accessorize as needed. For rainy Northwest days, we'd accent our team uniform with a bright, electric colored watch (perhaps the baby blue or red 6900). For dangerous days, the XL watches cover more surface area and offer a greater level of intimidation. Finally, sleek black watches for podiums and our title sponsor (a lawyer). With the power of choice, we keep the attention focused on "which watch will they wear next?!". The element of surprise is an excellent attractor. Every race our wrists will be the center of attention.

Please consider this proposal a starting point. Due to everyone's individual needs and situations, deeper or more modest options can be explored. I look forward to talking with you in person to learn more about eachother's goals and priorities.

I look forward to your comments,


on behalf of the Hagens Berman Cycling team.Tweet
Posted by Ian Crane at 10:04 AM