And I'm not talking yoga class. Bend is a cool place, and I really like it here. But its raining? WTF! I was told that Bend never has rain, and that it has 368 days of sunshine!! So this morning instead of going out and riding REALLY early to avoid rain, Lang decided to try and help me out and took us to Thump coffee for really no specific reason other to you know, get coffee. Turns out I'm still an eligible bachelor since I didn't meet any new people. And of course by that, what I really mean is that I got an Americano with 3x shots because our host house doesn't have any coffee.

So Lang, Steve and I are living together in this really small house with no space. And by that I mean that we each have our own rooms and beds. We have been trying our best to make do with what we have as well as trying to figure out how to spend 2 full days of downtime before doing the prologue tonight. First, Kennett came over and ate 7 bowls of cereal. Then Steve had 2 bags of popcorn. Lang ate literally the whole fridge because he heard there was a tailwind for the prologue, and everyone knows that heavy people get more advantage in tailwind "fat people" races. And I ate nothing because Cody and I have been on the Cascade KOM plan. So actually, I ate only marshmallows because those were the lightest food I could find in the house, and I heard eating food that doesn't weigh much makes you light.

First, the TV in this house is monumental. Somehow this thing stays on the wall, I don't know how. It also takes 4 remotes to operate. But since the tv is so big, I was able to see Andy and Frank Schleck not attack in that big bike race in France. 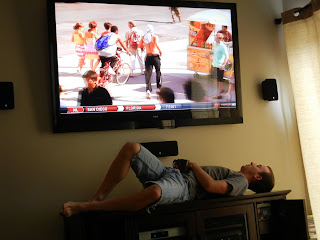 Then, we sort of spread out into our various rooms. Lang likes many things, but high on his list is "ways of self entertainment". He found the legos first, and was STOKED! But then found something else that really brought back memories from his childhood (childhood during when the original Star Wars came out, because Lang is older then me and therefore it's funny). 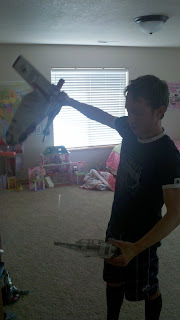 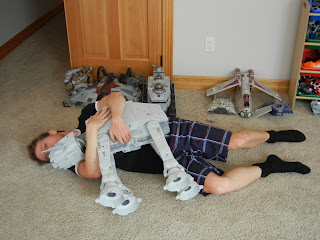 Steve found the XBOX, which is trouble. No one but Steve is allowed to touch it, and I was lucky enough to surprise him with a picture while he was playing- Feast your eyes on Steve in Xbox-mode- 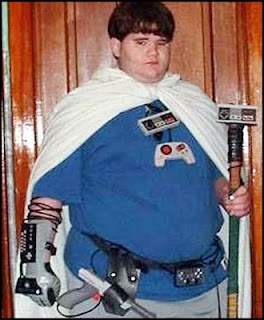 When I was getting the tour of the house, I saw this device in my room. What is it for? Luckily we asked the host, and found out that his children are quite some Red Bull-Risk takers. So that is the fun we have been having Pre-Cascade. We got some new jerseys in to wear if it ever gets sunny here! Alright, prologue tonight at 7:22:30. I'm going to pedal as hard as I can, and I heard someone starting rumors on the drive down that if you go fast enough, and the wind is just right, Time Trial bikes legitimately can take off the ground and go flying.Tweet
Posted by Ian Crane at 4:38 PM