Steve, Winger, Morgan, and myself took a trip up to Americas Hat. We met up with Spencer up there, since he is, well, from up there and it didn't make sense for him to meet us in Seattle before heading back North to Canuckville. Tour de Delta is a 3 day omnium (based off points), with two crits and one road race.

First, I had to learn all about the monopoly money that they use up there, then I had to adapt to how basically BC is America, except with French subtitles. At one point in the road race on Sunday we were within 100 meters from a US border crossing! Amurica! 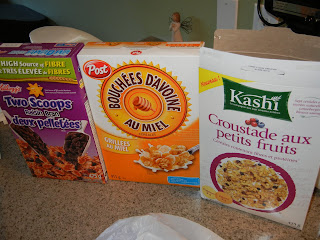 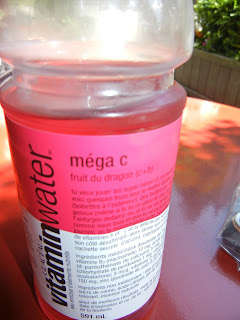 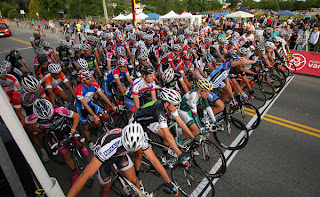 We left Friday morning, and Morgan was really stressed because he heard that Peace Arch was F'ed! Then Steve gave us inadequate information about a lunch stop, and then Winger almost got his nexus pass taken away because Steve had a banana and Morgan had a juice drink with lots of seeds in it. (Also, AJ may or may not have been hidden in the trunk of the car) (ok he wasn't actually). The first crit on Friday was a rectangle, with the long straights either being up or down. The climb had speed bumps in it, and the finish was maybe 40 meters from the last corner. I tried to go as easy as possible up the climb every lap so that I'd have all sorts of Canadian fireworks to throw off on the last lap- I'd do this by NOT BRAKING IN THE CORNERS??? and then going slower up the hill. Worked out pretty well, and ended up sprinting for 13th on the day (9th in the pack sprint).

I rode pretty hard up the hill the last lap, someone got a good picture! 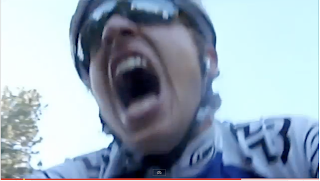 I knew that this race had a Best Young Rider competition, and as I looked at who was ahead of me on the day I hoped to have gotten it. Turns out I was, and got called onto the podium for a Leaders Jersey and some flowers. 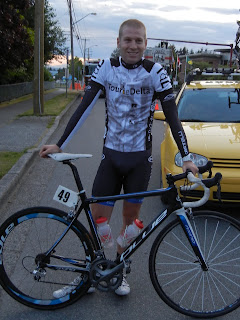 I gave the flowers to our host mom, and even though she was Wingfield's grandma, I became the favorite in the house. It seems like every place I've stayed this year has had some great bike paths nearby, and this was no exception. Saturday morning we went out for an AM spin, and although we didn't see any grizzly bears or beavers, it was still pretty pleasant.

The worst part was when we had to ride a gravel trail to get to the path, but luckily we all had on our Vittoria Pave training tires and were able to float over those bumps much like it was the Pave of the famed Roubaixs in... Montana. 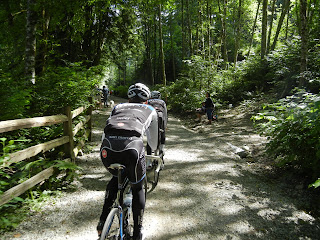 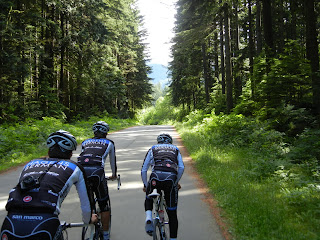 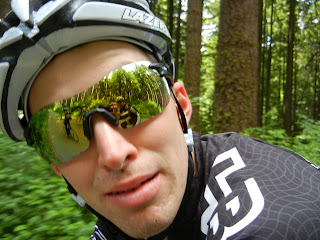 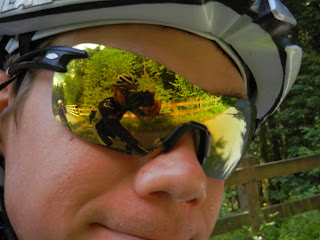 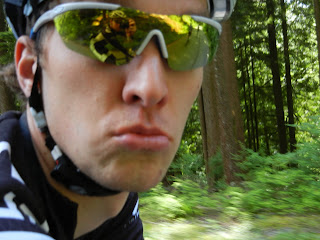 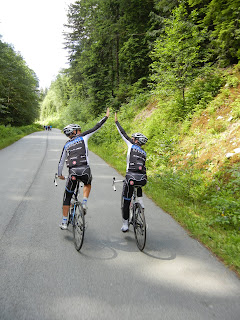 Saturday evening was crit number 2. I made a fan of kid before the start who A) thought it was really cool that I had a leaders jersey , B) my bike was REALLY light, and C) I talked to him. Then I was told I'd get a call up, so Morgan and I hung out at the back of the group during the ceremonial bagpipe walk. Turns out I didn't get a call up, which was lame, because they called up people who I beat the day before and were not in a leaders jersey! They also only called Canadians to the line.... hmmm... Didn't they see that my name is in the word to describe the people of their country! However, I did use the "I should be getting a call up pretty soon" line to move my way through the pre-race madness to still end up the second row at the start.
Then I crashed 1/2 way through, and that was pretty much that. Tried to salvage a result and got 25th, outside of the points, and lost the Best Young Riders jersey. The two biggest stories for this race were Steve winning a preme, and my watch literally saving my life. Without it, I'd have gotten road rash on my veins and that's how people commit suicide! So I'm lucky. Also, the watch saved my palms from getting scraped because the band kept my hand roughly 2 cm off the ground. So now I need a new white watch! Any suggestions?

Here is my face after the race Saturday, I was fairly tired and beat up- 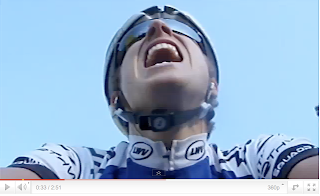 So after a night of sticking to the sheets, we headed off for our 9am road race start. The course was shaped like a dumbbell, which is perfect for me, because I hit the gym doin the bicep curls on the regular. I say dumbbell because we did 4 circuits in one town, rode 30 k to another town, and then did 80 k of circuits in there. There was a fairly big climb on the second set of circuits, that I was really hoping would blow the race apart. It did, twice, but unfortunately it kept coming back together. Spencer got the hardman award of the day by making it into the break of the day and staying away till about 20 k to go. Steve and Winger were great, with both of them making sure I was in good position at the base of the hill each lap. Then Steve got me to the front with ~700 m to go, and I tried my best to make a sprint, and ended up 6th in the bunch, for 8th on the day.

I was really hoping that I had done enough to get the jersey back- I had put 6 places between me and the current Best Young Rider on the stage. Unfortunately I didn't quite get it back, and ended up tied for second in the Best Young Rider standings.

Oh right, and somehow again my face got captured at the finish! 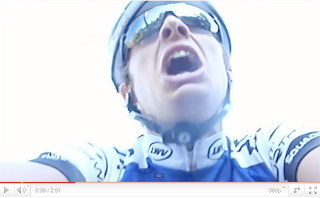