Probably everyone that reads this has some connection to cycling, specifically me. That is unless the person who continuously searches "Sparkling Water Diet Cleanse" on google and somehow ended up on my blog, became a life long reader. If so, hey!

So under that assumption, I am going to talk some Tour De France tech real quick. A cool thing about this race is that sponsors see the value in going above and beyond, and because of that riders often receive new bikes. Then media-outlets such as Cyclingnews and Velonews do bike profiles where people like me can notice things like how Phillipe Gilbert's big ring is worn down and his little ring appears brand new, aka he is way to manly for the little ring.

Gilbert is also a freshly minted National Champion, so a new scheme is a must! 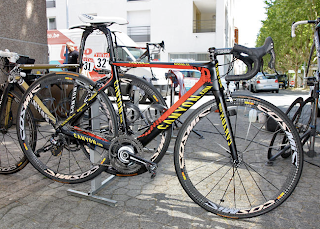 Some riders, perhaps unsure of their current fitness, use a simple name sticker to distinguish their bikes from others. 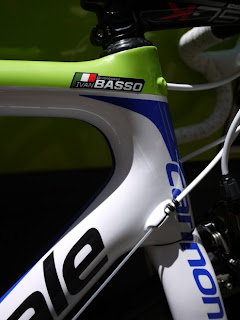 Other riders have quite notable characteristics that set them apart from others. Thor Hushovd is the current World Champion as well as the current yellow jersey (at time of publication). For this, his bike has been accented with those respective colors. 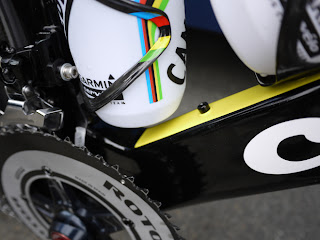 If you're quite sure of your form going into the Tour, or perhaps have gotten second two years in a row, your sponsors will dazzle your bike just a bit. This is quite the honor!
But there is still a level to climb. If your bike has any sort of swag to it, you've earned some respect. Your sponsors appreciate you, and feel that you are the MAN and will be earning some media coverage. Some people are just a bit more G'd up. Bike racing is hard for everyone except 2 men. Phillipe Gilbert, and Fabian Cancellara.

Fabian's bike is the steed for a gladiator. Players play, and in terms of bike-swag, Fabian is winning.

First, your name shall not be used. A name represents a person; someone capable of feeling pain, cracking under pressure, mortgages, and potential comparisons. A nickname eliminates that, and instead of making Fabian seem human (HA!), it represents what he is: A machine. 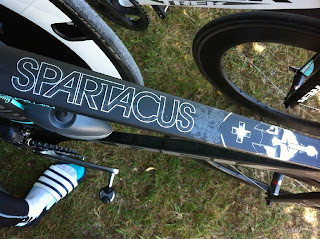 Second, some form of primal representation to put further distance into the idea that Fabian might be a human, therefore being able to suffer. "Our arrows will blot out the sun. THEN WE WILL FIGHT IN THE SHADE!" 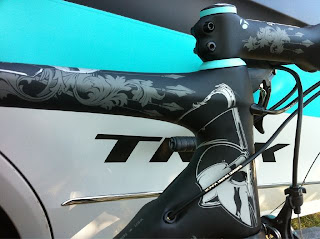 How could someone who doesn't feel pain roll easily without branded tires? 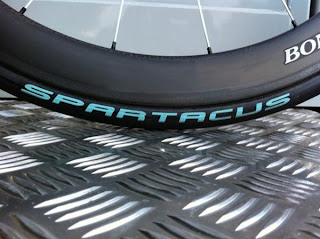 And finally, some form of weapon with your lucky numbers on it leading the way. 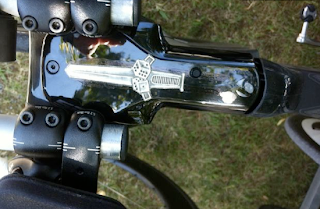 So cool! Fabian's got it made, and I figured since he is a Bicycle-thug and can hold 1000 watts for probably 13 minutes, I should try and see if there is a way that I can mimic this in order to become an apprentice bicycle-thug! 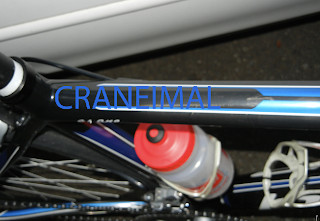 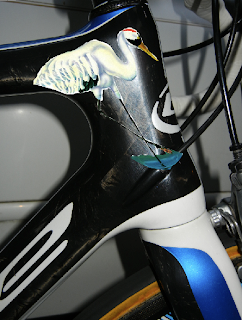 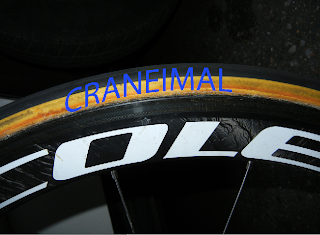 A Crane of Dynamite- that's primal! 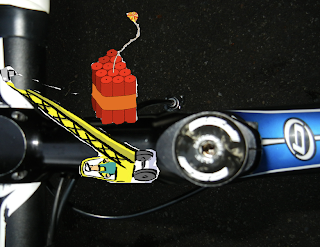 Other ways for bicycle-thugging = commuting in style 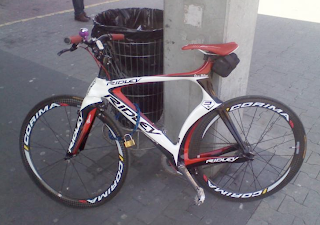 I love this time of year!Tweet
Posted by Ian Crane at 2:19 PM