This year marked my first year of being a committed, traveling bike racer-bum. After racing Tour of Utah with the HB Elite team last year, I got a spot on the team for this season. Having never really spent time racing on the road, I wasn't really sure what to expect.

Most of the life of this blog has been about races and all that stuff that follows, but I wanted to do a broad... reflection on the 2011 road season. Hopefully next year I'll maybe definitely probably do this again and I'll be able to graph the similarities and differences.

I feel bad, because all season I've been talking about these... people... but I never really introduced my teammates. I've sorted these in Chronological age order so it's easy to follow. 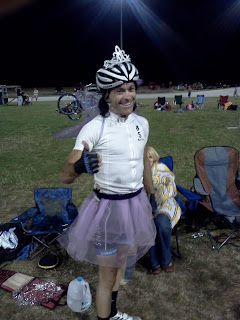 He is in charge. He likes Merlot, Nutella, saying "really", man-dates with Billy, power-sliding rental cars in the caravan, the occasional well-run/properly funded masters race, training on a Cole rear tubular, and finally, THE Ohio St Buckeyes. 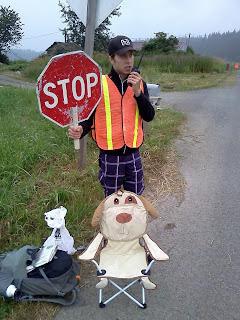 Lang is the father of all of us. He is who we go see when we have issues, be it emotional, mental, or crank-based power inaccuracies. Lang is the source of most Strava related jokes as well as age, head size, and # of veins. Also, I roomed with Lang LOTS and we enjoy sending eachother Twitter hashtags and watching Jersey Shore together. 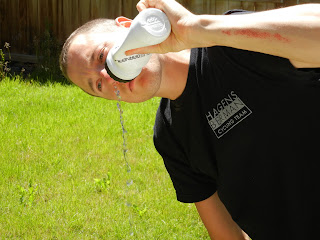 This is the author of the only other blog on the internet. And it's much worse then mine, and his stats aren't as impressive. But what he lacks in blog-writing races, he makes up for in Would You Rather humor, food consumption, knowledge of mammals, bike cleaniliness, and muscle definition. If we had to choose one person to A) represent our team in an Arm wrestling contest and B) Wrestle a pig shirtless on TV, it would be Kennett. 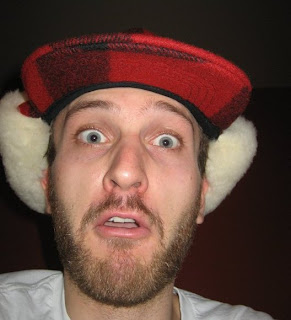 The wise, but stunningly hairy member of the team. Parrish is who we call when we need something remembered, and that's not funny because of his crash. Chris is the one to contact when you need an Apple product to do something that something else could do, when you are lost and need to look at a map, and whenever you wish to look at someone wearing Birkenstocks. Chris also takes the brunt of the Gluten Free jokes (from Lang, who was secretly GF). Chris also carried the weight of the team every time the road went uphill, which was probably pretty difficult racing uphills with roughly 1000 lbs on your back (not including Kennett). 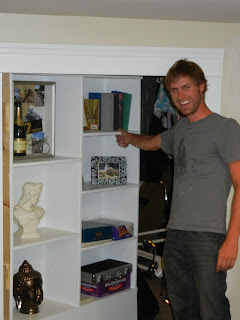 Professor Dan-Land. The time-trial engine of the team, Dan has been known to literally ride himself into a screaming jump off the bike hysteric state. If you ever need to count fish, Dan's your guy! Dan is an elusive beast, and sometimes just... disappears. Dan-Land! Creator of such genius ideas as "mini yetis! You know, you just keep it in your pocket, and then you bring it out and fight your friends mini-yetis or mini-gorillas! Way cooler then having pogs in your pocket". Dan enjoys hunting, sleeping in the wilderness, taming Moose, drumsticks, Protons, Neutrons, and Electrons, and possibly solving Cancer at some point in the future. He also tried to put on weight by eating a GARDENBURGER! 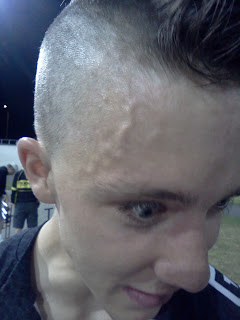 Oooooh Colin the rebellious youth of our team. Colin got the call for Mt Hood and has been chomping at the bit since. Recognizable by his Mohawk and 6'8" figure, Colin has unbelievable straight line speed. But that's not all! Colin and I sat on a bed and watched about 12 episodes straight of Arrested Development once. What else do I need to say? 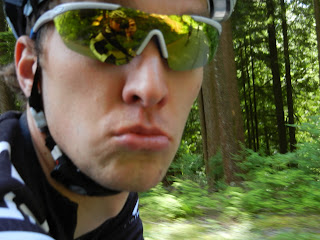 Christopher Wingfield has an eye. Turns people as ugly as .... Into gems when he photographs them, and then pokes fun at Alan Adams also! Winger is just great because he has an adorable Grandmother, a cool car, and because of him , Ivy made me a breakfast sandwich once. Thanks Ivy! Winger is fond of Canadian accents, Canadian culture, American Food, and the Boston Bruins. Winger brings pure joy to the team. 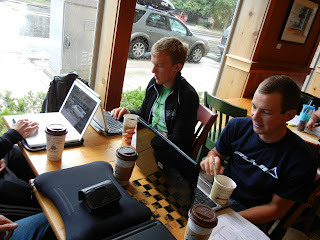 The newest addition to the team. He actually gained 20 watts when he stopped wearing so much purple, and used those to promptly rip our legs off at any chance he got. A smooth criminal, Gabe looks ready to rumble at all times, regardless of the holes in his borrowed clothing. And he is one calmmmmm customer, just look at that photo! So calming. 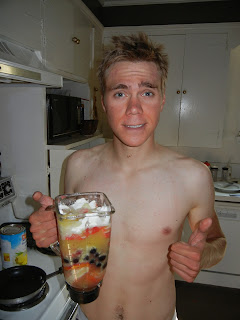 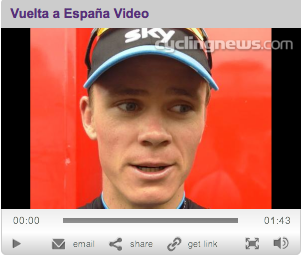 The original Canadian. Spencer knows his way around a tub of styling gel. Spencer taught me about Crit-sharking, Convoy Pace, Food, Feeling bad about food, feeling really good about food, and how to form really funny sentences out of rando words. Also of note, he looks like Chris Froome. Spencer appreciates Deep massages, Stumble-Upon, and beverages from Gas Stations. 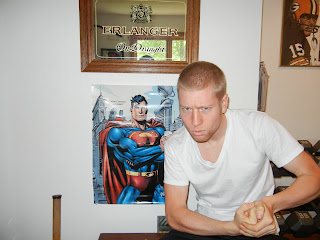 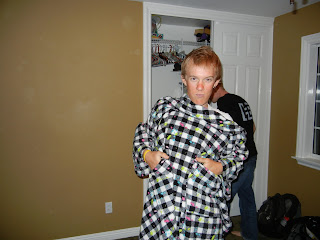 The OTHER Canadian, this canuck is sure to impress on a night out on the town. Whether it's his charming dialect or cute beaver-pelt trading traditions, Cody is going to melt your heart. Besides token Canadian survival things, Cody really likes fashionable coffee machines, not having the plague, Paris-Roubaix, Lance Armstrong / Steve Bauer, Canada Day, and Vancouver (WA). 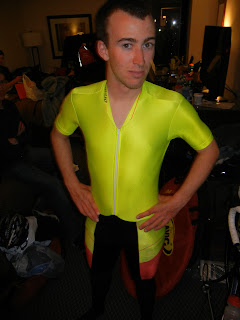 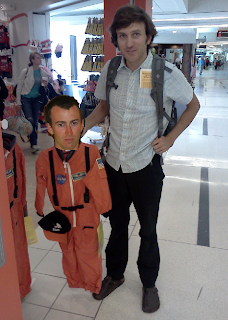 Someone has to be the shortest person on the team. And it's Steve! Standing at a remarkable 5'1" ( or so), Lang stands next to Steve when he needs to feel good of himself. The good thing about Steve is that he knows that he is short! So he also jokes. I roomed with Steve most out of anyone, and since I also live with him at school, I know his favorite things. Steve likes the color pink, the Kidz Bop CDs, and cut-off jean shorts. Looking at Steve, you'd never think that his favorite music is Nicki Minaj and that he knows every single line to High School Musical. However, I will sacrifice the draft and follow Steve around a bike race because he's a crafty son-of-a-gun. 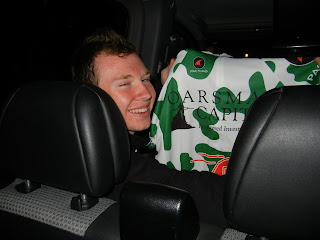 To Logan, the United States of America consists of about 4 States. These States are Bremerton, Joe's House, the State that Bike Races are, and finally, Milwaukee. It's been a refreshing year teaching Logan about how to be a human. Logan's favorite foods are Hummus, Gyros, and Kraft Mac&Cheese. Logan also loves to eat 1 Hammer bar in a 4 hour race. The best part about Logan is what he has taught me, and that is how to talk to girls! And since Logan got his ears pierced, I no longer felt the pressure to do it. Logan is ONLY 16, and it's going to be exciting to see how he develops as a cyclist over the next couple of years.

If you'd like to go back and read every single one of my blog posts again now that you're familiar with the characters, please do that now.... 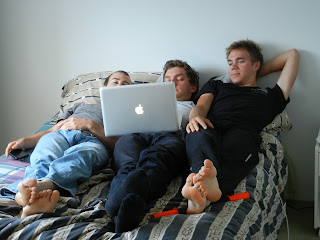