Whoa, traveling to bike races happens, and then all of a sudden I have many things to talk about. But once again, awkward runs ish in the traveling world, and people are weird. Me too! But basically after my first flight in about a month, I've realized that unlike the last awkward situations I presented you, there are some that cannot be disabled.

This whole experience started last night, when Cody came to stay with us. He maybe showed up a bit late, but it's not his fault. I mean, he came from Canada! It's pretty simple actually. What happened was when he was roping up his sled dogs, one got away. Then he had to lace up his snowshoes to go catch Nanook (the dog). Once he had that Lil' Bugger roped in with the rest, he packed his rations for the trip and began. He showed me his journal and on the trip he saw 1 moose, 3 wolves, and 47 beavers! He tried to give me a beaver pelt in exchange for staying at our house, but I refused. So he went to the trading post and bartered with a Gypsy for 1 pinch of Salt, flint, and 2 fleece lined Moccasins.

Our flight was at 6 AM. Which is great! Because that means that since I am physically incapable of sleeping on planes, I get to drowsily have more hours in my day then most people normally do!
I took advantage of it by sitting in the middle seat and listening to hip music and learning about trendy things in the sky mall catalogue. 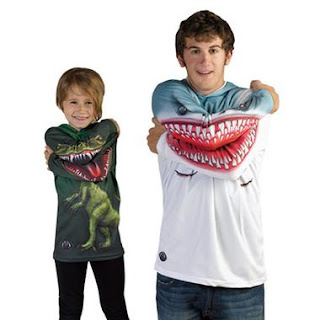 We got to the airport super early, as in 4:50, and check in was a breeze. Then we spent 40 minutes in the security line. Both Cody and I got our backpacks searched for the same reason. Oatmeal! I cooked up a big ol' batch of Lang Reynolds special oats and fruit and delicious, threw it in some tupperware, and off we went. In case any of you were worried, I did not put a bomb inside of my oatmeal.

5:45 AM and we are just putting belts and shoes back on at security. We make our way to the gate as they are announcing "Passengers Cody Campbell and Ian Crane". But get this, even though we were running quite late and had our names called out, we still boarded the plane exactly when we were supposed to as per Southwest Airlines boarding procedures. Which means that we timed it PERFECTLY!!!!! No waiting at the gate, but not missing our boarding time, and just a fun-filled way to start the day. Take that Steve!

Anyways, no one cares about that. Really the awkwardness is why you've even read this far, because you are a creature. Srsly, I was telling a great story about my morning and you're hoping for some awkwardness, much like when an older (old) woman told me I had "realllly nice legs". Awkwarddd.

There were no aisle or window seats left. As I walked further and further into the plane, I was lasered in on what I though was the LAST window seat. I'd rather have an aisle, but windows are acceptable. So I walk 20 of 25 rows and there is a small child sitting in the window. Shot through the heart.

Now I'm left with 5 rows, or 10 middle seats to choose from. Out of those ~6 are taken. Had I been scheming on middle seat as I walked down the rows, I would've been looking for something really specific. A Chinese-Gymnast in the aisle, and a person in the window seat who looked like they just swallowed down a bunch of Tylenol PM with a bottle of Nyquil. Sleeepyyyy. That is the optimal situation, but I had gambled on the window, and came up empty- sort of like Shaq Oneals rap career

I had to choose quickly, because I have airplane etiquette. I'm not going to stand in the middle of the aisle looking at the seats as if I'm stuck on stage two of a treasure hunt, just staring at the map. So I went with instinct, my choices were: Mother with child (bad), Overweight x2 (worse), Someone taller then me (not great), and two guys, 1 in Business wear and 1 asleep on the window. So I took that option..........................

And here comes the awk.

When I have to get in the middle seat, or have to get out of the middle seat, I am not the previously mentioned Chinese Gymnast and I am NOT David Belle. Which means please stand up so I can get to my seat. The can't be bothered to undo my seatbelt or put my book down look doesn't work. I have no, and I mean absolutely ZERO desire to crawl over you to get to my seat. This is not 1dollar dance night at the Spearmint Rhino and my name isn't Summer, Destiny, or Chastity (If that is your name, sorry that your parents named you stereotypical stripper names). So lets face it, get up out of your seat and let me in. When I politely ask if you can stand up, please do it. Otherwise I'm going to awkwardly stand there until you stand up!

Same person now is my buddy. Which is fine- by me having headphones in I wasn't suggesting anything, I just had cold eardrums. Awk 2 is forced airplane conversation with someone who you are already a little annoyed with, on a topic that you can not relate to AT ALL! This hombre was reading a book about magic. I don't mean the cool type of magic: The David Blaine, shock your socks off, freeze yourself solid, talk really creepy, throw cards through glass, and charm Tyra Banks type of magic

Nope. Offender #1 was talking about magical forests filled with Wizards and little fairies and goblins and old men wearing tall pointed hats with stars on them. Don't get me wrong, it really doesn't matter to me what someone else is interested in. I am not saying that the topic was Awkward or weird, but simply the medium. I have no idea how to even politely interact with this person! I guess I could've said something along the lines of "my favorite cereal is Cookie Crisp....." but I did not. So yeah, AWK. 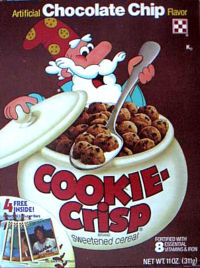 Side Note: I think that it's hilarious when Old people try and dress FrattyTweet
Posted by Ian Crane at 3:46 PM