Welcome back to Augusta. What a terrible idea. Welcome BACK? I am quite pleased to report that when not staying in a downright terrible and disgusting extended stay motel, Georgia was better. Slightly. Did you know that if you stop at a stoplight for too long while practicing bicycle riding, your tires melt into the pavement? I guess more appropriately, the pavement melts onto your tires. This is trouble because lava is a known killer in 37 states and 14 municipalities. Other known killers are mosquitoes, flies, and John McClane from the Die Hard movies. Yippie Kay Yay. 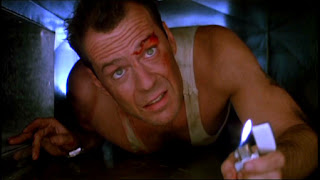 There are many bugs on this side of the country, and what's bugging me the most is that I never was able to catch any fireflies. If I had, I would have leashed it like a wild stallion and worn it around my neck on a chain. Sort of depressing for the firefly, but I would have some actual bling. No LED ish here, straight flashing lights. 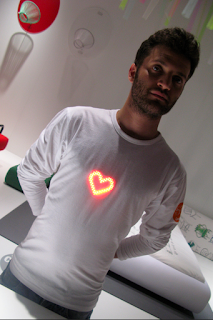 We came back to Nationals for one reason. Waffle House. That might have actually been Alan's reason for coming to Augusta: He loooves the waffles. The rest of us came to this village for bike racing. Racing the kids race: Logan. Racing the young adults (U23): Steve, Dannyswag & Marcel-land. Finally, racing in the adult category: Jon BroCal, Kennett, Gabe, and myself. Steve and Dannyswag would double up on the road races, making them tougher than the rest of us.

Friday we raced our crits. The course was 1 mile long, 6 corners, and rough pavement. During the course of the race I hit several bumps hard enough to drop my chain onto the little ring. What I mean by that is that since I was riding in the little ring all race (cadence,bro) it just jumped around there. The finish line led into 3 corners in quick succession, followed by a very long straightaway that somehow, unexplainably (is there a real word for this?) had wind coming from every direction except behind. Not sure how this happens, but I heard there was a strange weather front coming in from the Augusta Masters Golf thing that people like but I don't understand. I didn't get a call up, but snagged my way directly onto the front row. Our race was 80 K, which is a long time to do a crit. On this course, it was 50 laps. Most NCC and NRC crits that I've been doing this year have been 60-90 minutes. I was prepared for this to be a 110 minute race, which I was pretty G'd about. I started the race with 4 bottles, and most definitely drank every single last drop from each bottle. I brought a gel flask, but forgot about that after I used it once. My bad. 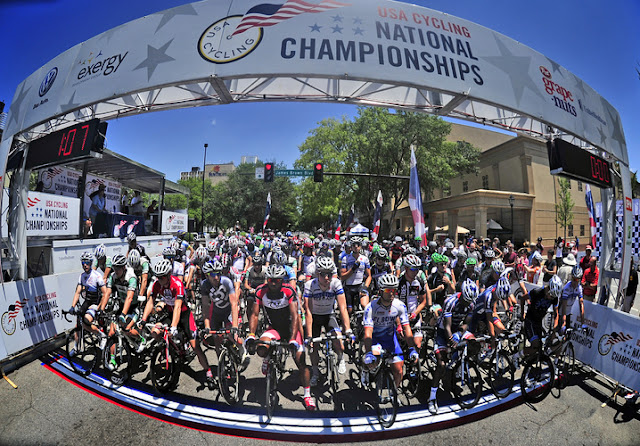 I missed my pedal terribly at the start. Really outrageously bad. 98 percent of the time if I miss the pedal, I keep my foot on it and pedal normally, dealing with the clipping in thing later. Obvious, right? Well, I must have had some pent-up motivation or energy because when I missed my pedal, I hit it SO hard that my pedal was spinning so rapidly that it pushed my foot away. The pedal body was spinning so vigorously on the pedal that there was a legitimate chance that the bearings were going to start smoking, causing a fire that would spread from my pedal to who knows where. Probably nowhere because lava-cement can't catch fire. I was able to get going soon enough that I still went into the first corner in the top ten riders. Poor Kennettron lined up right behind me and he went into the first corner in 182nd wheel. Sorry, man. I swear that wasn't retaliation for you stealing my granola. Or maybe it was.

To summarize the first 48 laps of our race, I'd like to introduce you to Gabe Varela. Pay CLOSE attention to this name, because when I talk about the road race later you should refer back to this photo. 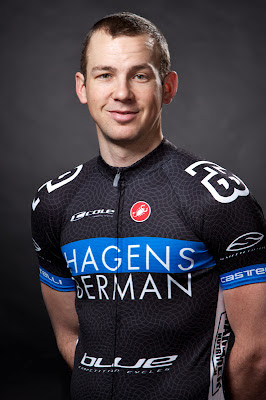 In the approximately 10 different substantial breakaways during the course of the race, Honest Gabe was in 9 of them. I do not joke about this. Gabe rode in every serious break the first 45 minutes. He would get away, his move would come back and I would go in the counter that got no daylight, then Gabe would cover the next set of moves, getting in another serious group. Over the 50 laps, Gabe probably spent 7 in the group. After the half way point, Gabe got to take a break when Kennett got in a BIG move and was away till 8ish to go. Gabe the Babe had enough of this whole sitting in the pack thing, and attacked again. He got away with four other riders, and then dropped all but one based on his strong country-boy pulls. Gabe and his last breakaway partner rode well and stayed away until just under two laps to go.

I found myself the furthest back I'd been all race with 3 laps to go, and was in the process of moving up. I was passing on the outside down the finish stretch as we were about to be getting the bell with 1 to go, and someone attacked on the left side of the course. I jumped on the right, with the goal of getting on the attackers wheel and getting some draft. I jumped WAY TOO HARD and slingshotted off of him with suddenly a decent enough gap to not sit up and kept going. 1 mile to go. I knew that I could open up the gap through the first three corners on the course, and it was a matter of getting that gap large enough that the long straightaway wouldn't be too deadly. Sad story, it turned out to be. I got caught right at the end of the long straight leading into the second to last corner of the race. Two corners and 300 meters from standing on the podium, and instead I got I think 93rd. I'm definitely ok with losing trying to win. However, I'd like to lose less and win more, so I must work on that.

Props to stage racer Jon HorndawgBroCalSupPlaya Hornbeck for doing a one day crit. The first 20 minutes this little skinny guy with legs the size of my forearms and a torso equivalent to my leg was riding the front of a National Championship criterium. Then he and 50 of his closest friends crashed around the mid-point and his race was over. He was the real winner though, because his main goal in coming to Augusta was to get famous. He achieved this when the local paper threw this photo of him all over the internet. Internet fame is the most real type of fame. 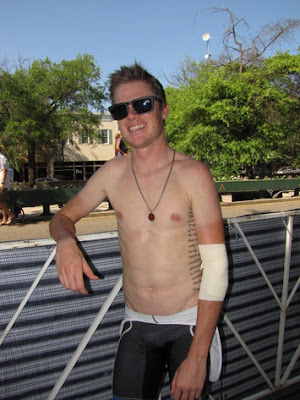 I'm pretty sure the tattoo says "Only God Can Judge Me".Tweet
Posted by Ian Crane at 10:01 AM