DIDS (The artist formerly known as Danny, Ian, David and Steve) flew down here for Tulsa Tough, which is a bicycle race. To be specific, three crits over the weekend. Friday and Saturday we race late at night, and Sunday we race in an oven at 3 o'clock.

First things first, in our host house we live on the third floor. You turn around the second floor and BAM, this thing scares the living shit out of you (me). Everytime I walk to my bed, WTF DUDE. 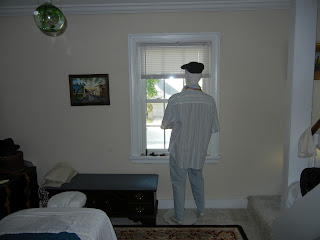 I think that truly the reason I am so afraid is because I recognize him. 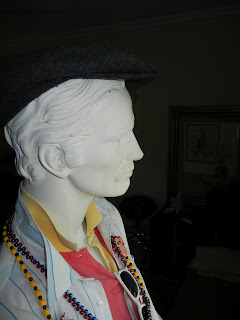 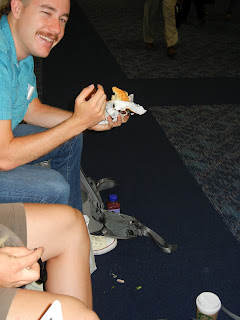 This creature is still around because, well, yeah.

Yesterday we landed at a decent time- Then we put 4 bike cases, 4 duffle bags, 4 backpacks, and 5 people into a mini-suv. This involved twine and Steve being tied to the top of the car. Also interesting to note, Danny ran home.

We partied on. By this I mean we went for a bike ride where I learned many things: One- people actually ride their bikes here (young and old, men and women) ; Two- Motorcycle people are scary ; Three- In Tulsa beer isn't really alcoholized (sort of like Utah), so said Motorcycle people had to drink A LOT. 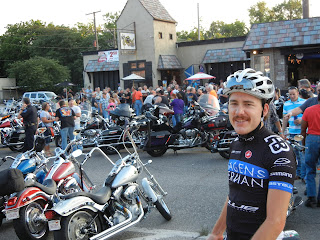 While on our bike ride, DIDS came across a man on a bmx bike. Normally not an issue, but bro-bro was riding FAST. For 7 seconds at a time, then coasting. But we found his real trick, and this was to inspire other bike path goers to work with him to hold us off. But we caught him. Back to school hombre. Then Steve ran his face into a tree.

Everyone who is anyone knows that I am allergic to cats. This is boring news meow. However, I haven't quite dealt with the situation where the host DOG thinks that it is a cat. Like so: 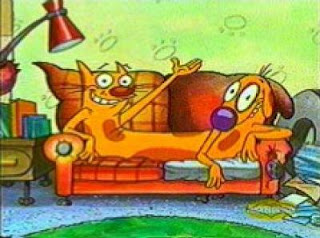 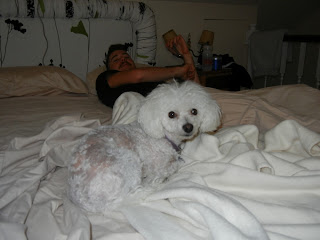 I'm in coffee royalty AND there is a Whole Foods nearby. I don't shop there because, DAMN. But, tomorrow I will visit. Fo' FREE. 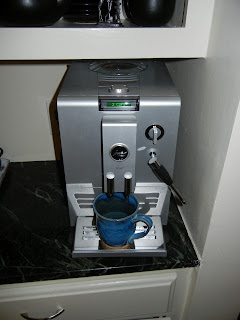