These are a Few of my Favorite Things

Cold showers, red flavored slurpees, and Cajun turkey breast slices. I like these things. They are nice and while using those things together you have a really messy experience. Don't get me wrong- I'm a huge proponent of consuming beverages in the shower. So that part is ok. But have you ever tried eating sliced turkey from Krogers in the shower? The seasoning falls off the ends and instead of Cajun turkey breast slices you have Cajun seasoned bath water. Not to get too descriptive, but Kennett then cooked soup in the Cajun water. Something is seriously wrong with _____________.

Let me change the subject.

Today Kennett got his bike ran over in the garage. It was ok though because the wheel that was ran over was a COLE Rollen clincher which are the strongest wheels that Cole has made. They are so strong (temporary side note. Kennett just started writing a blog so I'm not sure if we are racing yet to post, but let's just assume that we aren't) that a car hit them and they were not even out of true! Some of you less aware readers might assume that those last sentences were a major sponsor plug. Well you are WRONG. Let me introduce you to our new ish- 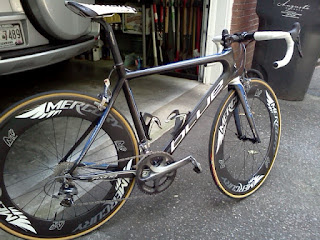 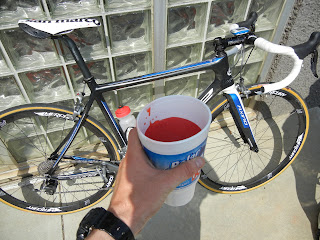 You might be wondering "Ian, why did you need a slurpee?'. Because it was hot and I always need a slurpee. Here are some photos from our ride today. We accidentally rode on gravel for some of it. (Perhaps extreme foreshadowing? A trend? I had good legs at Battenkill after doing pre-race rides on gravel roads....) Following trends of our lives, I flatted, Steve attacked because he has "cross skills", and Kennett broke his bike in half. One of those things is a joke. Here are some more jokes!

We're still waiting for Steve to play along also. You might be wondering if Kennett and I are sitting next to each other, facebook chatting Steve who is at another house. I'll let you keep wondering.

Here are those pictures I was talking about- 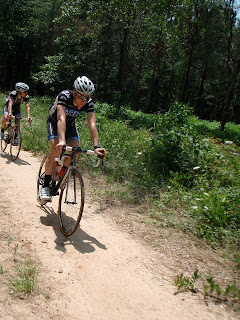 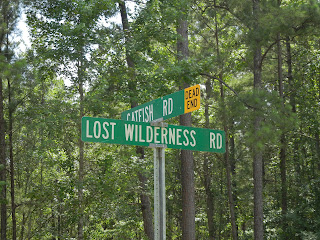 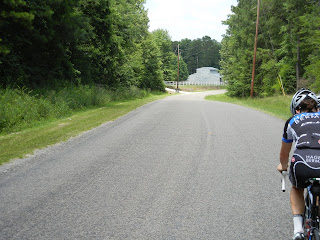 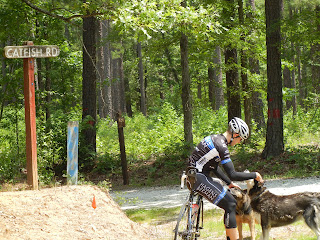 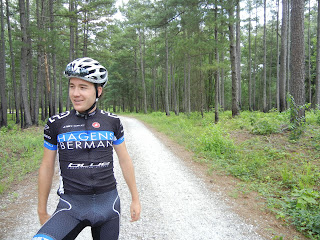 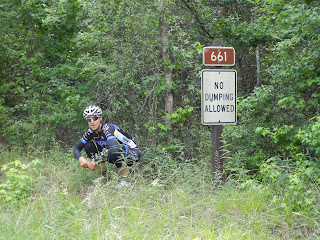 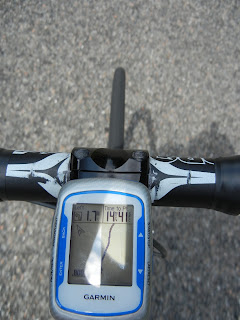 DID YOU KNOW THAT THE GARMIN %)) (CAN"T BE BOTHERED TO LET GO OF THE SHIFT BUTTON BECAUSE I"M TRYING TO SOUND EXCITED BUT NOW I"M SOUNDING ANGRY THIS IS NOT MY INTENT BUT FOR THE SAKE OF UNDERSTANDING THE GARMIN FIVE HUNDRED ) can be used for maps also??? Who knew? Certainly not me. So KPburritos mapped a ride on mapmyride and I garmind a ride on garminmyride and we were off. This is new territory for me and I wish that I had this knowledge while in California this winter or when I tried to get lost in Bellingham. Once again proving that I learn more on the streets than in the classroom.

Speaking of the streets, I'd like to end by doing an analysis of the lyrics of a song that encompasses the heart of the airport that we flew into.

The song is called "Welcome to Atlanta" and it's by Ludacris, Jermaine Dupri, and some other dudes probably. Another side note, the TSA lady in Seattle was and elderly Grandma looking lady named Dood and I laughed. There is a small chance that her name was Dodd and the d's just looked like o's but this is only speculation. Back to rap music. Here are my favorite stanzas and couplets:


"Back to the mackin' and jackin' the clothes, adolescent packin a fo'
A knock on the do', who is it?
I would happen to know, the one with the flow
Who did it?, it was me I suppose"

Here, Ludacris eloquently describes how he steals clothing from stores while trying to acquire women. He does this by carrying a gun. He knocks on the door to someone who doesn't recognize his appearance, but he is willing to share his identity because, well, he's got flow.

This is quite straight-forward. Thanks to Luda's honesty, we now know of his unfortunate allergies to medicines used to treat common colds and allergies.

"Oink Oink, Pig Pig, do away with the pork"

Uh. Luda' references pig twice. By doing so, he suggests that the first definition is the "police", while the second is a delicious food that you might find at a fast-food chain in Georgia. Welcome to Atlanta. He doesn't like the police, but he loves ham! Happy Holidayz.


"Im the MBP, Most Ballernous Player Make my own rules, b**ch call me the mayor"


Thankfully, Jermaine Dupri takes over to bring a little more clarity to the town of Atlanta. He takes a commonly used and known phrase (MVP) and adds his own unique flare to it. Thanks to his creation of an Acronym, he also has the power to create words. He introduces us to "ballernous" then makes it quite clear that as Mayor of Atlanta, he can do what he wants. As you can see in this picture, actual Mayor Shirley Franklin is somewhat confused by the thought of J-D running the town. Oh well. 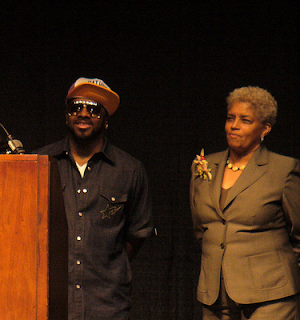 "Saturday, is off the heezy fo' sheezy, you can find me up in one-tweezy
Sunday, is when i get my sleepin'
Cause on Monday we be at it again, Holla!"

Saturday's are great! But because Dupri hangs out in room 120 often, he needs to sleep for much of Sunday. But hellooooooo, Monday is party day again!

Unfortunately I can't relate too much, because I race the Nationals crit on Friday and the road race on Sunday.  So I won't be sleeping in Sunday.

I WON THE RACE AGAINST KENNETT. The one that wasn't actually happening. But really was.

Wait, nevermind. While typing that Kennett posted his blog.