Hey Other Races- Get on Tulsa Tough's Level

Last year Tulsa Tough was the best promoted race that I had ever been to. This year was better. Tim and the crew at Tulsa Tough do an incredible job of putting on a truly under-attended event. All fields should sell out for this race- it should be on everyone's calendars. What separates Tulsa Tough from other races? Why is it so good?

-Prize list: Of course a huge draw for this race is its huge prize list. There is A LOT of money for each day of racing, but that's not really unique. What really separates Tulsa Tough from other races is focus on the overall weekend as well as just daily results. After three races, an omnium winner is crowned. Here is where it gets really cool. Within that overall, there is also a U-23 overall. 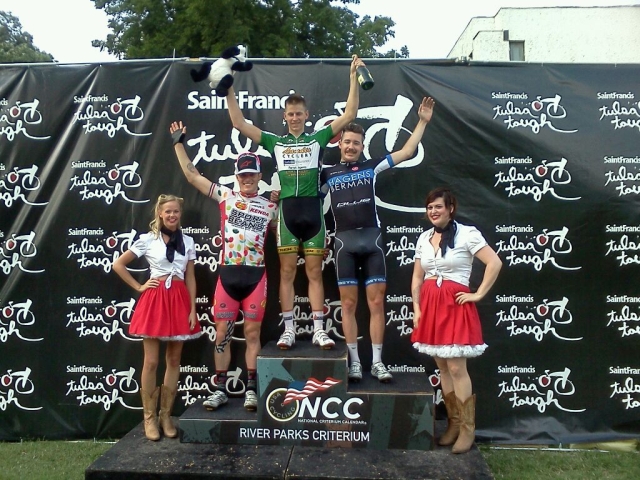 -Three great races: Often times races happen in random towns that are unpopulated. It makes sense: Those roads are much easier to close (less traffic). Directly proportionate to ease of road closure comes lack of spectator support. The further you are away from people, the less people that come to your race. Weird, right? Tulsa Tough has two races in the heart of downtown and one course at a popular city park.  Each day is unique in its own sense: Day 1 has lots of corners and a "random" firework show. Day 2 has less corners, flows well, and is a HARD course. Day 3 has Crybaby Hill. More on that later. 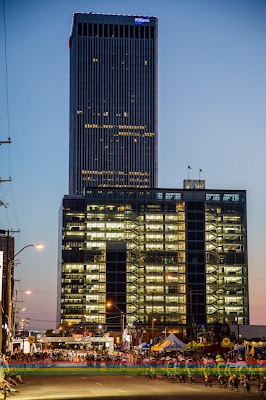 -Huge crowds: I think that this year had two times as many spectators as last year. Very enthusiastic and very loud. I broke a spoke on day 2 and was slowly making my way to the pit when I got to ride quite slowly through the 4-deep crowd on the far back side of the course. Things were not quiet. Throughout the course of the weekend there were lots of post-race high-fives given and David even got to sign his first autograph for a kid. Apologies to the kid who asked me for an autograph after finishing day 3 when I was dripping with a combination of sweat, water, and beer (crybaby hill...)- I'm sorry that your binder has a huge hand shaped wet spot on it now.

-Crybaby Hill: The best and most unique feature of Tulsa Tough. This is reason alone to come race. Pictures say it better, so here you go. I grabbed four $1 bills over the course of the race and the saddest moment for me was when I missed the $5 bill four consecutive laps in a row. 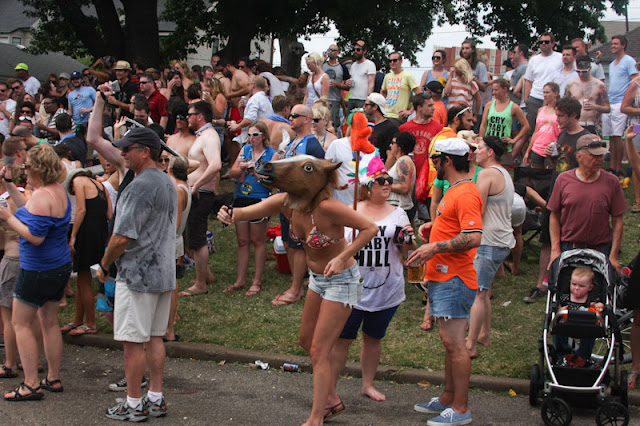 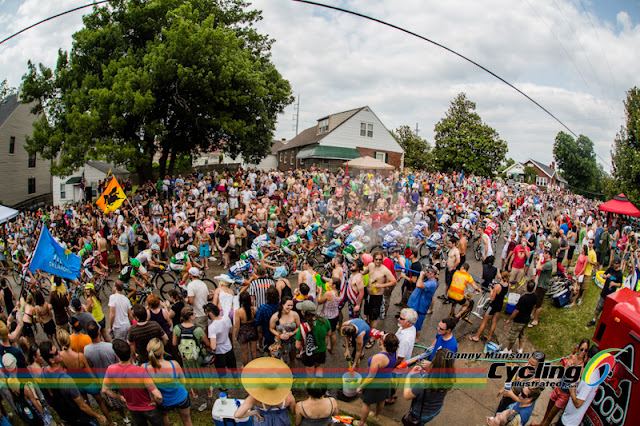 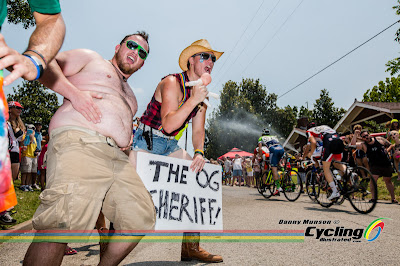 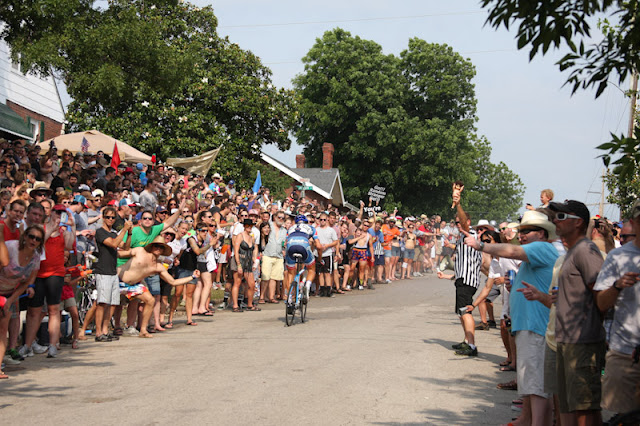 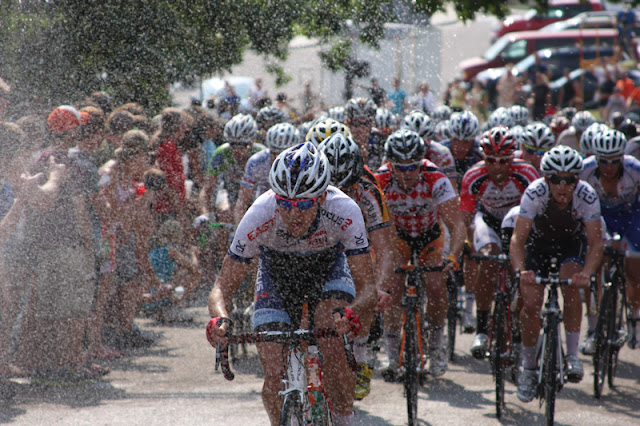 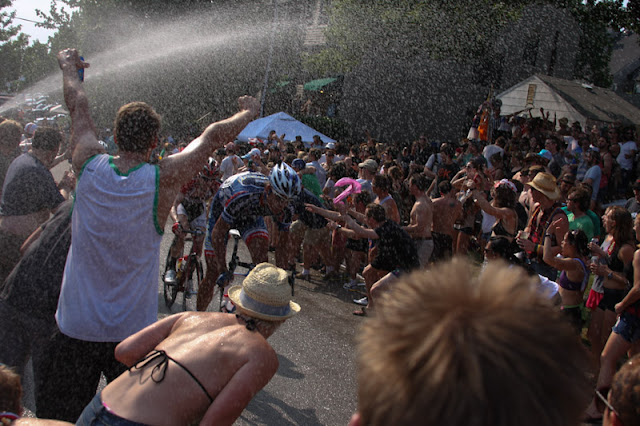 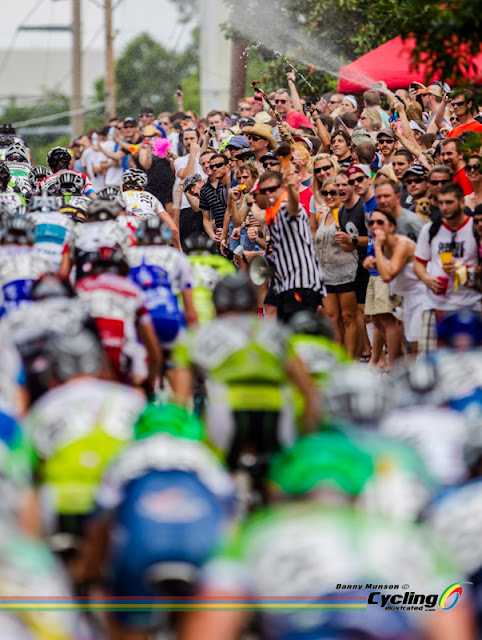 (photos from Cycling Illustrated- a newer website that is really good. Obviously)

- Genuine desire to improve: After day 3, we were asked by three different people what we thought of the race and what we thought needed to be improved. A lot of effort goes into the party on Crybaby Hill and they want to make sure that the racers appreciate it. I couldn't say it enough- We do.

-Money on site: Our checks are in our hands. Today. I'm not waiting for anything to come in the mail in anywhere from 1 week to 8 months.

- Huge primes for women: This applies to me in no way whatsoever. Not at all. The women had primes for $1,700 , $1,600, and $1,000. Our biggest prime was $500. The women had a much smaller purse, but the race advertised so well for the crowd primes that their primes were huge. By advertised, I mean that they even had a paypal option on the website to donate to those primes. The equal payout argument (That men and women's races should have the same payout) is a pretty regularly debated topic. I'm not going to go into my opinions, but I think that the large primes for the women are a really strong addition to this race. That I in no way can win. NO FAIR!

- Live streaming / jumbo screens: Most NCC crits have some form of live streaming on the web. Tulsa steps it up a notch with several Jumbotron screens spread out throughout the course. That means that those drunk people on the far back corner of the course can see what is happening at the front of the course- therefore being especially prepared for heckling. The video feed was somewhat good and somewhat bad for me this weekend.

Bad: I went way too deep in the early half of the race Sunday. Payed for it dearly as I spent the
rest  of the race as the last guy in the group. 30+ minutes of being one of the last guys in the
pack and then getting dropped with 2 laps to go means that you are VERY VISIBLE. My mom
said she got to see me lots! This is the equivalent of the walk of shame.

So everyone go race Tulsa next year. I did not think that it was possible to be better than last year, and it was. Who knows what next year will bring, but I am expecting that it will involve Polar bears serving us chilled cokes in bottles after every race.

Day 1: Eight corners, fireworks the last ten minutes, and I held down 50th wheel with lots of very failed attempts to move up. That is all. Danny and Steve rode well, and David was unfortunately taken out (probably by Steve) and couldn't finish. We then rode rapidly trying to find food at a late hour. Turns out that not much is open at 10:38 at night in Tulsa, but we found a build your own stir-fry place. Here is where things get fun- you get to choose your quantities on everything.  Kennett would have loved this place. David made a chicken mountain that we all admired. Much like with my race, I also yearned for more with my meal. I just did not build or season well. I felt like this guy in the race: 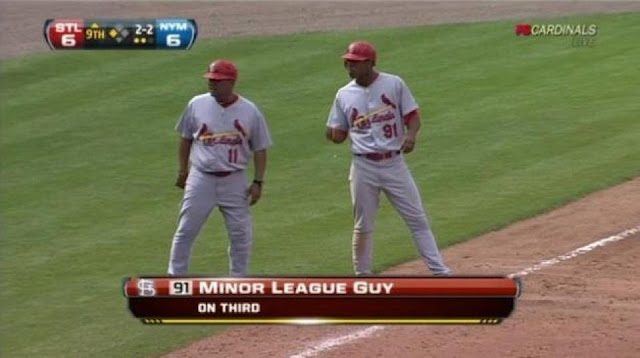 Day 2: Six corners, and a small rise that required some hard pedaling. Much better day for me. Rode hard, made sure Danny rode in the wind as much as possible, and found Steve in the last 10 laps. He was towing me up near the front and once again on the last lap of the crit I got to dodge crashing people. Then I got 63rd! Danny had another good finish. Because of this, I stopped shaving immediately and will have a mustache by nationals. A blonde invisible one. We got back to our house at 10:40. Borrowed our hosts car and lasered in on the same stir-fry restaurant. We got there three minutes before close and.... MADE PERFECT MEALS! 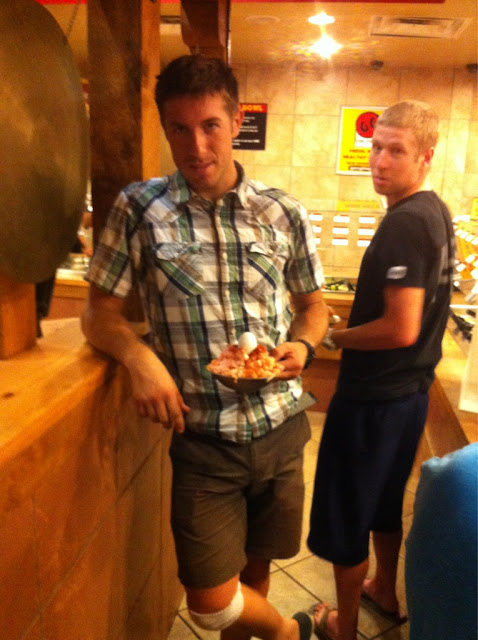 Day 3: Four corners, Crybaby hill. During the day so very hot. I drank four bottles plus whatever didn't get poured on me after I stole bottles from random feeders. Bridged to an early really large significant looking breakaway and rode hard in it for many stacks of laps. Then for some reason I was very tired and dangled the rest of the race.

AND THEN I WENT TO EL GUAPO'S!Tweet
Posted by Ian Crane at 4:01 PM