I started this yesterday so if it sounds confusing, you probably should stick to your Archie and Jughead comics.

Today we did an aerodynamics contest in the Kentucky of Oregon. These certainly display some strengths and weaknesses for people.

I really like time trials. Each one I do I'm surprised that I still like after, and I get excited for a TT days in advance. Turns out that if you like something, you don't automatically win. Which I'm fine with, because I would be winning Kobyashi type contests and I really don't want to be a winner of those sort of things.

Pretty typical morning, really. We drove in the van listening to Jon's Australian rap. It's better than regular rap because they have fun accents and rap about kangaroos and Fosters beeyhur. We arrived at the parking lot, see a professional team parked DIRECTLY next to the "absolutely no event parking here" sign, park the van, repark the van, warm up, start house, go. 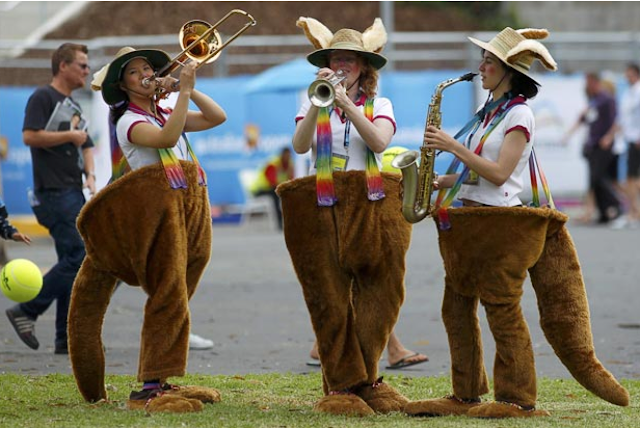 I pedal way too briskly for the first eight miles. I catch my thirty second guy 300 meters before the turnaround, pass him, and begin to crank home. Then my 30sec guy drafted me the entire eight miles back to the finish line. TTT minus my participation. This was new to me, since it was so blatant. In fact, he passed me once and swung off as if he wanted me to rotate through. I didn't.

Here's the fun part. He's from a line of famous people. You see, this chap that started in front of me and had the easiest last 8 miles ever is a Moser.

That's right! He's a nephew or son or grandson or something of Francesco, and that would make him a cousin or brother or son of Moreno who got third on today's stage of the TDF.


Check out that crazy wheel!!! 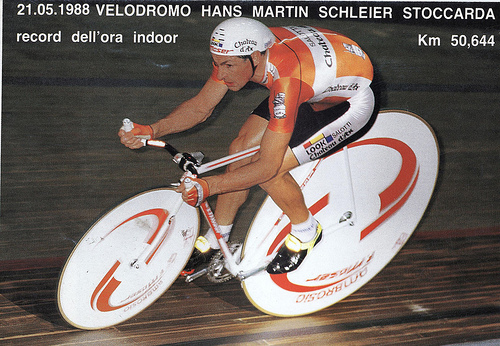 Anyways, I've unlocked the secret of all the Moser's family success. Silver bullets! Speaking of those, Steve's aero water bottle fell off during his start, so he didn't win.

Then I went to the river instead of posting and when I came back I was hungry and after I ate I was sleepy.

That means that lots of people had to do this: 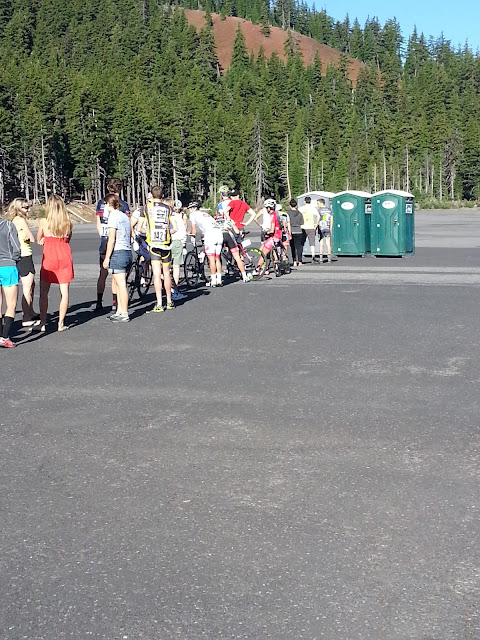 The Bachelor stage parking situation is quite large, since its sole purpose is to be a place to leave vehicles. That means a normally terrible situation is actually quite painless. You may have thought that I was talking about where to place a large van, but the real conundrum comes when you get to the start of a bicycle race with 200 power meter geeked out cycling lunatics and you need to sync your Quarq and your Garmin. Normally, this smells like trouble. But, this spacious Bachelor parking lot is extra big since the finish is no longer a coned off spiraled parallelogram like in years past and that allows for perfect pairing possibilities. See!

So once everyone had taken care of what they needed to take care of, we were off for a downhill bike racing contest. This course has a finish climb, and they advertise it as so. What is left out is the fact that we covered the first 90 miles in three hours. You can do the math, Will Hunting.  Good!

Gameplan is as simple as it always is on paper: make the break, stack the break, go 1-2 from the break with a big enough gap to take over the GC, Best Young Rider, Points, and KOM jerseys. We were WELL on our way to doing that today when after a tumultuous first 40 miles (so about 45min of race time, something like that) Chris and Jon worked their way into what appeared to be the dankest group to ever get off the front of the Cascade Classic, with nearly all teams represented with multiple riders a piece. I took this opportunity to try and relearn how to breathe and to make my legs work slightly better than they had been for the first bit of the stage. Not too successful on that front. CyclingNews got a great photo of Staz and Jon in that move: 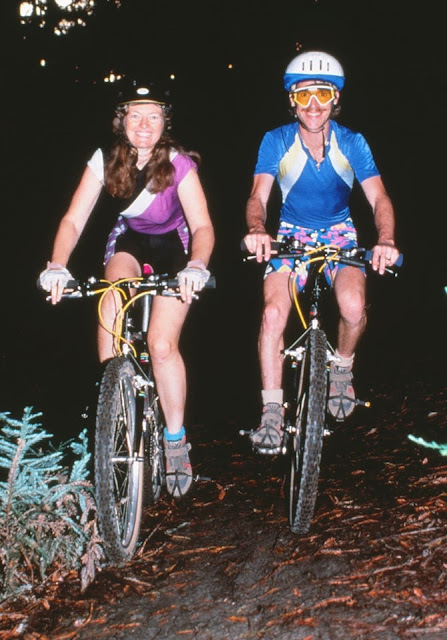 After a spirited chase by Jelly Belly which made me hate my legs and my decision to not be a computer nerd and pedal things instead, the move got brought back. Then, the group collectively decided that now was the perfect time for a big 'ol crash. Let me tell you what happened to me in this bicyclepalooza.

There was a whole lot of braking in the field as everyone skidded and swerved to avoid the carnage. I had to brake to avoid hitting person one on the ground. Person two behind me chose against that option and bumper car rammed me directly in the most sensitive spot of my bicycle. The derailleur. I quickly ate a cookie to gain some mass, and instead of going down with the person behind, I did a bicycle version of this with the entire strength of my Shimano derailleur:


Rolled out of fine, kept pedaling, and then was informed by Staz that my hanger was bent all out of shape like when you put 3 laundry bags in the wash together and they come out broken and twisted like a Skrillex song.

The good news? I had a spare bike on the car. The bad news? The race (mostly my teammates) was (were) going ape up the road to try and get into the next move. I was stuck in a limbo area- I couldn't shift too far up otherwise my whole biznaz would get destroyed and I'd probably end up in the ditch. I also didn't want to stop and get a change right then, because the race was going too fast. So instead of going all snapping turtle with my teammates at the front of the race, I twiddled my thumbs waiting for a good moment to get on a new bike. That finally came, and Doug jumped out of the car and got my bike off to the roof faster than cartoons. I like cartoons.

I got back in the bike race, and worked my way to the front just in time to do nothing of value. I almost won the race into the base of the climb but lost that too, and rolled in with a big group about two minutes down. Jon had a good climb despite riding in the break today and finished in the second group on the road.

Then we rode home from the stage finish to end the day at 113 miles and about a 27 something average speed.

Good news. I can hear normally out of one of my ears! Goood times.