My ear has been clogged since I think Saturday. My sinuses have been slightly Kennettronned and I'm fairly certain that when I sprinted in the Derby Dias criterium I sent some sort of reverse osmosis from my sinuses through my ear canal and it got stuck there like when the guy from Home Alone tries to sneak in through the dog door and instead gets hit in the face with a frying pan.

Because of this strange anomaly occurring in my head region, I've been talking louder, hearing less, and becoming much more aware of my surroundings. That, plus the Cold brew that I had at Backporch Coffee this morning made for a weird pre-prologue bike ride. The world felt slow motion and as I moved through it at extraordinary speed and quietness, I couldn't help feel like I had finally made it as a cast member in one of the greatest animated films of all time. Besides Ratatouille. I spelled that right on the FIRST try.


All this slow motion quiet life has had me thinking a lot about the latest book that I read, called "The Way of the Peaceful Warrior". There was a section of that book where it talked about a concept called Satori. This idea is reflective of that haze you get when doing something important, when "attention rests in the present moment, when the body is alert, sensitive, relaxed, and the emotions are open and free. Satori is the warrior's state of being". I can't even begin to express how excited I am that since Saturday, I've been in a permanent state of Satori. Something to do with that ear thing has had me fully immersed in the present. I can't be distracted by far away noises. I can't be bothered to listen to anyone's conversations.

So, it seems that I'm a warrior now. Which is appropriate, since my power creature for tonight's pedaling is a combination of these beasts: 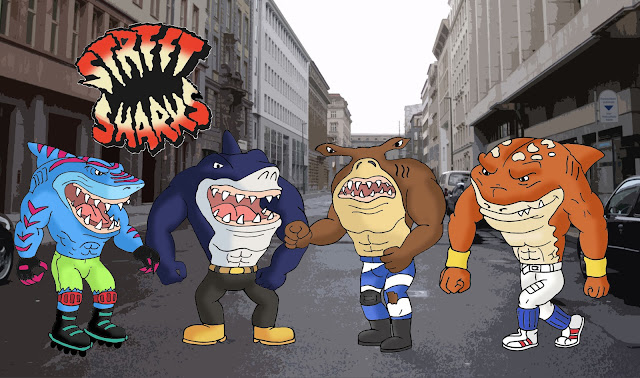