i've decided to forgo using the shift key on my computer because i can't be bothered.

I've changed my mind because that looks as if it was written by an infant, and the only infancy that I'll participate in today was the level of my bicycle pedaling up and around Mackenzie Pass. However, after evaluating the results from today, I'm going to go out on a limb and say that my 139th place on the stage was attained with far more cunning than you may imagine. You see, Cascade lets 200+ register in order to stack that paper cheese. Then, in a display of their power, hack the field to 150 riders before the criterium bicycle tournament on Saturday. For some, the GC battle is for the top 10, even the top five if you are one of the talented few who didn't find today's stage hard. For others, the (I'd argue) real GC battle is for 150th place. I... placed... myself pretty far back today, but not TOO far back. What a relief!

Let's rewind to last night's prologue, since I haven't mentioned that yet. Everyone's favorite thing to do after 2.3 mile time trials is to pick their race apart until their actual effort is a limp comparison to what they could've done. If all the prologue deities and gypsies aligned, every last one of us silly, incredibly alike bike racers would be winners. Which, if I understand life (aka bike racing) correctly, isn't possible.

As you can see in this photo, I have scientifically proven that there is only one winner in bike pedaling: 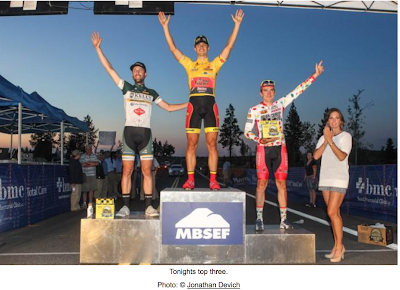 Ok, so I was talking about prologues, how they are short, and how there are always spots where you think "OMG I totes could've gone faster here". When the time gaps are this close, it's easy to see where you could find that extra six or ten or 13 seconds: 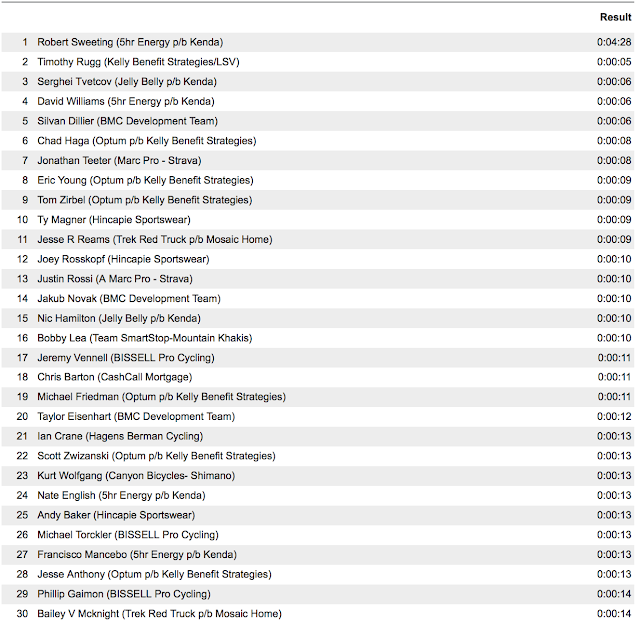 I'm going to mind ramble and shuffle you now. After all that lead-in, I'm going to instead be grateful of my 21st. Rather than be pissy that I didn't go X seconds faster so I got X place, check out the fact that I STOMPED the 13 sec back group! That's right folks, I was the winner of the losers in that ONE second space from spots 21-28. Let's talk about where I made up those seconds, rather than where I could've gone faster. Booyah

More proof that I have a heavy head this weekend! Here's the descent off of Mackenzie Pass. Apparently we got loose this year.

To pass the time, I've been reading about bank robberies. Don't ask why. Seriously.

In this research, I've discovered the legend of a man named Willie Sutton. This guy was an excellent bank robber because plain and simple he had a great time while doing it! Slick Willie dressed up in costumes like he was trying to give out a court summons to an unwilling participant. Then, while all costumed up, he'd hit you with the "surprise, I'm not the mailman. Give me your money!" Super simple, super effective.

Speaking of super effective, Staz and I were telling eachother stories in the laughing group today. I use that term loosely since our group was getting attacked and guttered repeatedly. Also I told one story and Staz couldn't think of any. Regardless, the moral of this story (not the one I told but the one I'm telling now) is that while bike racing in warm weather, I dream of slurpees. I requested our vehicle stop for frozen beverages immediately upon finishing. We stopped at a place that advertised smoothies. The elderly Russian woman who greeted us called Staz handsome and told Doug that he couldn't have whipped cream once he turned 50, so he should take advantage of it now.