Anyways, Kennett, Spencer, and myself are here for 3 days of NRC crit racing: Tulsa Tough. Racing kicks off at 9 pm tonight with the Blue Dome Criterium.

In Hood River, Colin (the College Graduate) taught me that New Hampshire and Vermont look like upside-down versions of eachother! And its SO easy to tell them apart, because Vermont is shaped like a V! And easy to remember, because the first letter in Vermont is V, therefore yeah! Thats what you get studying at Whitman.

So although I am pretty far from being a college graduate, I was able to use my new found understandings of State-Shapes to be able to analyze Oklahoma. It looks like a pointer finger! I immediately texted Colin, and once again, he proved the value of a college education. Here is the transcript- 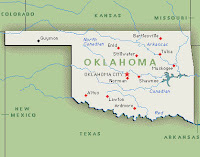 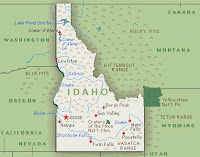 Schooled.
With twilight crits that means sleeping in late, going on easy rides in the mornings, and spending lots of time soaking in the local culture. Today we rode out on the bike path, which was pleasant. Then we rode on Route 66, which was not pleasant. Then we ended up at University of Tulsa, which was back to being pleasant. Then I saw a pretty girl from a distance but Kennett hasn't showered in 3 days so Spencer attacked us at a stop sign. 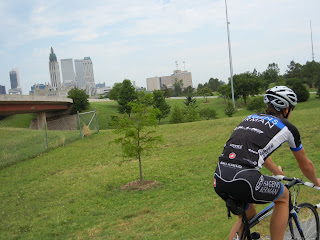 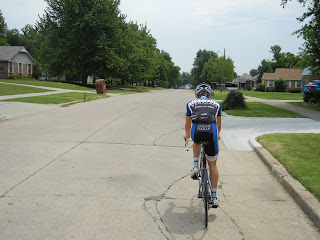 Then Kennett and I dropped Spencer and continued riding on the bike path towards the river. It was a pretty normal day, looking at swampy rivers and beautiful architecture. 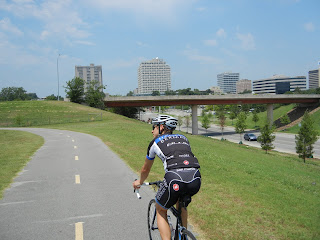 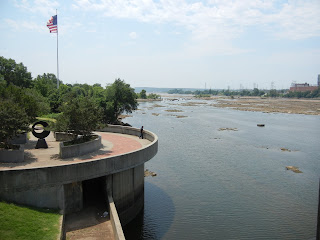 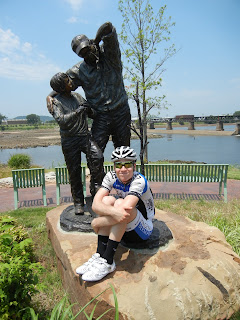 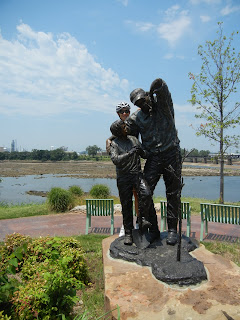 We posed with an amateur fisherman, rode up to the bridge, and then suddenly a tribe of merry men bounded past us. Normally, I might be afraid of a bunch of strangers running towards me, heavily armed with Bow&Arrow. But I felt strangely at peace, because one of them had cowboy boots and the other looked like Friar Tuck. They sprinted past us, jubilantly yelling, and Kennett and I turned around instantly to follow them.
Two men, in spandex, on bicycle steeds, in pursuit of several armed men in cutoff tshirts.
We followed them over the bridge, down the river, and through some grassy fields. Robin Hood was leading the way, his merry men at his side. Little John couldn't quite keep up, so Kennett bravely asked if they were fishing with these bow and arrow. Indeed they were! Fishing in 3 feet of water, with bow and arrows! That's just like shooting fish in a barrel! Oh wait. We really wanted to watch them shootin' but it unfortunately is fairly hot and thick out, and they seemed to just be walking around in the water, so we went back to the house. And DIDNT get lost! Take that GPSpencer! 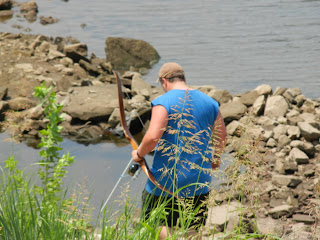 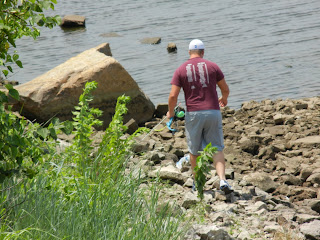 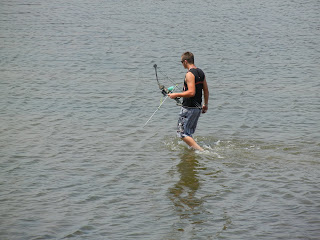 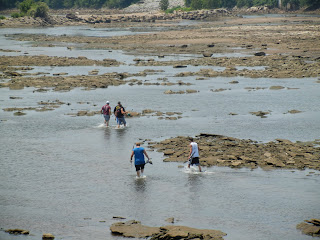 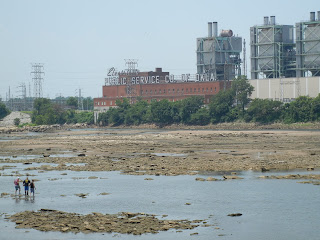 Then we got home and Spencer ate 7 more bowls of cereal. 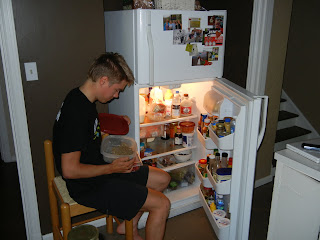 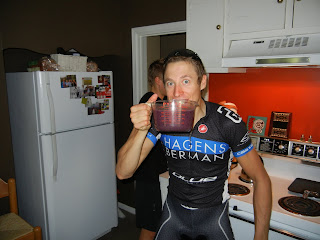